Behind the Headlines: Israel and the Upheaval in Iran 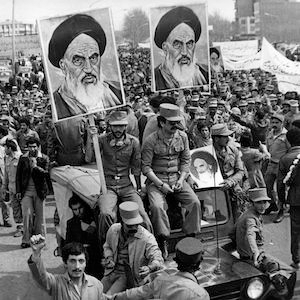 The Shah’s departure and the rise to power in Iran of new political forces will have far reaching consequences for Israel, according to West European Experts. Practically the entire world, including the superpowers, will feel the political and economic impact of the change, but nowhere will the shock be as powerful and probably as lasting as in Israel.

The Shah’s departure spells the end of an Israeli dream to break through the wall of hate which surrounds it by establishing close, even though informal ties with three countries situated on the periphery of the Arab world–Turkey, Ethiopia and Iran.

This ambitious plan to “hop over the besiegers” was set in motion by Israel’s late Premier David Ben Gurion in the late 1950s: Within a couple of years Israel seemed to have succeeded in its attempt Israeli experts and advisors were stationed in all three states. Economic ties, often secret were established and a certain degree of political cooperation became daily practice.

Turkey, after its internal political upheavals in the 1960s, slipped out of this partnership, but Israel continued to maintain close and confident ties with Emperor Haile Selassie of Ethiopia and Shah Reza Mohammed Pahlevi of Iran. The 1974 Ethiopian army putsch, which toppled Selassie and brought a pro–Communist regime to power, was a serious blow which suddenly deprived Israel of its main African base.

The Shah’s departure and the rise to power of a Moslem nationalistic regime will deprive Israel of its last regional partner. Economically, Israel will be seriously hurt. It will be deprived of Iranian oil which at one time provided over 75 percent of Israel’s yearly consumption of some nine million tons. The current government in Iran, bedded by moderate Shahpur Bakhtiar has already announced that it will stop all oil shipments to Israel.

Iran’s next government, probably handpicked by the Shah’s main opponent, Ayatollah Ruhollah Khoumeini, will probably adopt even stricter measures to prevent Israel from obtaining even a drop of Iranian oil.

The closing of the Iranian oil taps comes at a most inconvenient time. In 1975, Israel returned to Egypt, according to the disengagement agreement, the Abu Rodeis oil fields which supplied a large part of Israel’s needs. Now, Israel is about to return to Egypt, according to the Camp David agreement, the Suez Gulf area with its rich offshore oil wells.

Iran used Israel’s Red Sea-Mediterranean pipeline, running from Eilat to Ashdod and Haifa for a large part of its own oil exports to Western Europe. Economic experts here say that over 20 million tons of Iranian oil used to pass every year through the Israeli overland line. Now the pipeline will probably be inoperative, depriving the Israeli treasury of an important income and dealing a serious blow to Eilat.

In 1967, Israel was ready to go to war when the Arabs closed the approaches to the southernmost Israeli port. Now, Eilat’s economy and its functional purpose have been wiped out for the time being, over night.

Israel has already obtained promises of increased oil shipments from Mexico and Venezuela while the United States, according to the Camp David agreements, had pledged itself to supply Israel with oil in case of need. All these new oil supplies will be for more complicated to ship over, more expensive and more dependent on international good will. Nor, will they save the Red Sea-Mediterranean pipeline.

The new Iranian regime will also stop Israeli exports which, last year, according to foreign trade reports, totalled some $120 million. Israeli contracting companies, such as Solel Boneh, had at the time of the Iranian upheaval, contracts for some $300 million for the construction of roads, schools, dams and large industrial plants.

Many Israeli companies were operating profitable branches in Iran. The presence in the country of some 80,000 Jews, many of them with important positions in various business fields, had helped Israeli firms to implant themselves in Teheran and a number of provincial centers.

MAIN DANGER IS FROM THE U.S.

The most serious blow will, however, be in the political field. The Shah’s departure spells on end to Israel’s hope to contract discreet but effective all onces with non-Arab Moslem states in the area and hop over the walls of Arab enmity.

The main danger which Israel faces will come from America itself. According to West European experts, the Iranian crisis is placing America on the horns of a dilemma. It will have to chose between supporting Israel, its only remaining serious and reliable ally in the area, to the hill, or backing the moderate Arab regimes in Saudi Arabia and Egypt.

Any such political backing will entail increased American pressures on Israel to give in to Egyptian demands and sign the peace treaty on which Egyptian President Anwar Sadat has staked his prestige and the eventual survival of his regime.

Most West European governments believe that America will opt in favor of the Arabs; and that this new American approach will become visible as soon as the current mission by U.S. Ambassador Alfred Atherton is over and the Israeli-Egyptian talks are renewed on a ministerial level.