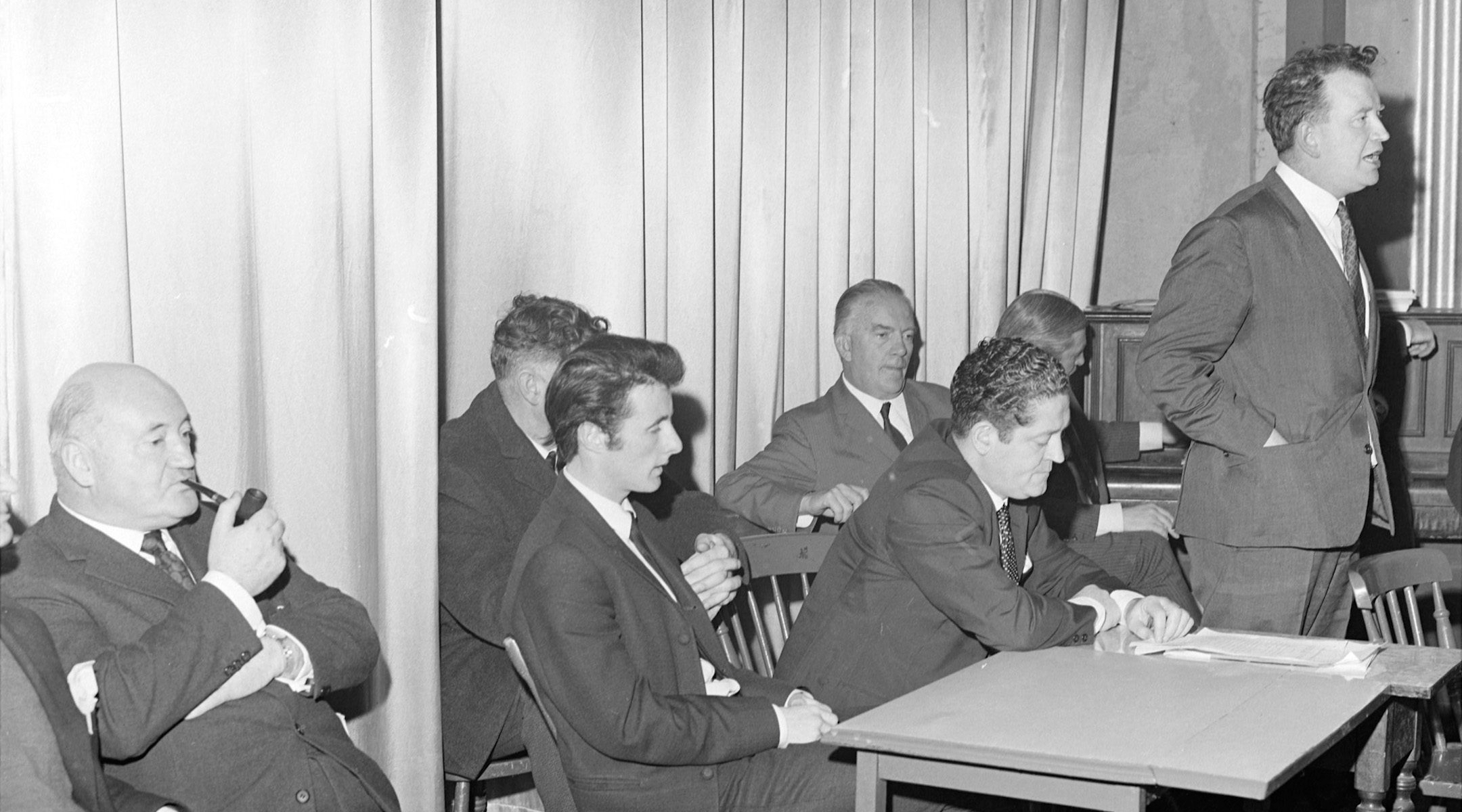 The Irish Republic has given a conciliatory reply to last week’s stiff Israeli protest over pro-Palestine Liberation Organization statements by the Irish Foreign Minister. However, according to Israeli officials, the fact remains that there has been a significant shift in Irish policy in favor of a Palestinian state and the role of the PLO.

Exchanges between the two countries were sparked off when Foreign Minister Brian Lenihan, on a visit to Bahrein, signed a joint statement backing an independent Palestinian state, and acknowledging the PLO’s claim to represent the Palestinian people. It also spoke of the need for total Israeli withdrawal from the occupied territories, including Jerusalem.

Israel was especially incensed by Lenihan’s description of PLO chief Yasir Arafat as “a most sensible element.” His further remarks amounted to a virtual invitation to Arafat to visit Dublin, which would thus be the first country of the European Economic Community (EEC) to offer him hospitality.

The controversy marks the worst point in Irish-Israeli relations since diplomatic ties were set up about five years ago. To Israel’s disappointment, Ireland refused to exchange embassies with her, and contacts are maintained through non-resident ambassadors — by Israel’s Ambassador in Britain and Ireland’s array in Switzerland.

When it lodged its stiff protest to Ireland last week, Israel broke with precedent and gave it to the Irish Embassy in London, rather than sending it directly to the Foreign Ministry in Dublin. Although Israeli diplomats say that it did so to ensure speed of delivery, it could also have been interpreted as a sign of Israel’s anger. Not having a resident ambassador in Dublin, Israel could not have made the usual gesture at displeasure by recalling him for consultations.

Since then, the Israelis have followed up their diplomatic message by sending their London press counsellor, Yehuda Millo, to Dublin to put the Israeli case to politicians and the press. He pointed out-tartly that the lack of an Israeli embassy here contrasts with the opening of one in Cairo.

Among the Irish public, Lenihan’s remarks have already been greeted unfavorably, partly because it was not prepared for them, and also because of the widespread assumption here that the PLO is linked with the Irish Republican Army terrorist organization.”

Opposition politicians are expected to express their disquiet at a debate in the Dail (Parliament) this week. Frank Cluskey, leader of the Irish Labor Party, and Jim O’Keefe, foreign affairs spokesman of the Fine Gael Party, have already criticized the government at their own parties’ national conferences. Criticism was also voiced at the conference of the ruling Fianna Fail Party.

Lenihan’s remarks were also questioned by the Irish Times, Dublin’s leading daily, not known for its sympathies for Israel. The strongest anti-PLO statement was made on local television by Ireland’s newly appointed Chief Rabbi, who was brought up in England but studied in a yeshiva in Israel where he volunteered for army duty during the war of attention in the mid 1970s. Ireland has only 3000 Jews, but they are proud of their links with Israel.