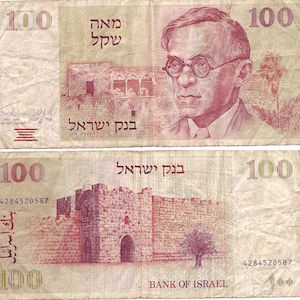 — Leon Dulzin, chairman of the World Zionist Organization and Jewish Agency Executives, said here yesterday that Israel “cannot afford” to go into a recession in order to bring down inflation. A recession, he told nearly 200 Zionist Organization of America leaders attending the organization’s national executive committee meeting, “would bring about large number of unemployed, and while it would help bring down inflation it would be at the expense of new immigrants and aliya.”

In a wide-ranging discussion on economic and political issues, Dulzin a veteran leader of Israel’s Liberal Party, said that the high price of oil and Israel’s steep military budget is a tremendous burden “no matter which government is in power.” Referring to the upcoming national elections in Israel, he predicted that “no matter who was the elections, a government of national unity will be formed.”

Dulzin also said that there is a broad consensus in Israel against a Palestinian state and against negotiations with the Palestine Liberation Organization. In addition, he said that no one in Israel “is for dividing Jerusalem.”

He emphasized that Zionist groups in the United States must insist on unity to face the challenges ahead. He called for an called for an educational campaign to explain the meaning of Zionism, noting that its enemies are identifying Zionism with “everything that is bad in the world.” This was apparently a reference to the 1975 United Nations General Assembly resolution equating Zionism with racism and the program of action adopted by the world conference of the United Nations Decade for Women in Copenhagen last August which listed Zionism as one of the world’s main evils, along with colonialism and apartheid.