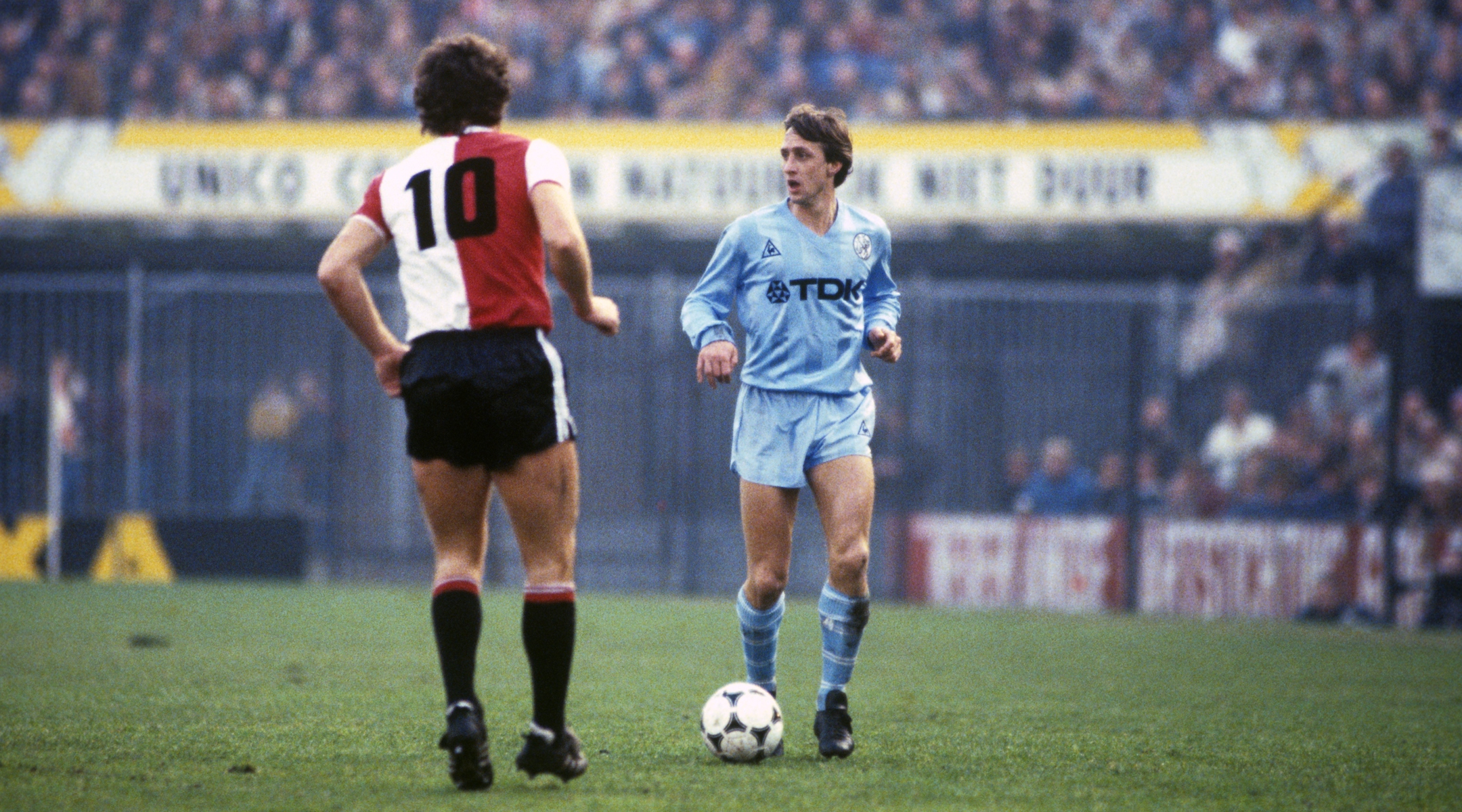 Willem van Hanegem of Feyenoord, left, and Johan Cruyff of Ajax seen during a match between the two clubs on Nov. 28, 1982, at the Kuip stadium in Rotterdam, the Netherlands. (VI Images via Getty Images)
See Original Daily Bulletin From This Date
Advertisement

The traditional rivalry between two leading Dutch soccer clubs, one of them Jewish, has taken an anti-Semitic overtones, it was charged here by the recently formed Foundation for Combating Anti-Semitism in Holland(STIBA). Richard Stein, the Chicago-born chairman of STIBA who lives in Rotterdam, raised the issue in a letter to the director of the Feyenoord soccer club in that city.

Feyenoord’s most formidable opponent has been the Ajax soccer club of Amsterdam which is Jewish-owned and has many Jewish supporters. Both teams have been national champions a number of times. Stein pointed out in his letter that Feyenoord fans lately have been singing a song, “Ajax to the gas chambers,” and similar slogans. He also charged that the Feyenoord fans are notorious for their unruly behavior at the games.

Meanwhile, in an unrelated development, the clubhouse recently evacuated by the Orthodox the Akiva soccer club in Amsterdam has been taken over by squatters. The team moved to other premises recently in walking distance of the homes of its members. Its old quarters were to be occupied by the Habonim team, but the latter delayed moving in and squatters established themselves in the empty building. Under present Dutch law it is almost impossible to evict squatters if they have been in a building for more than a few hours.