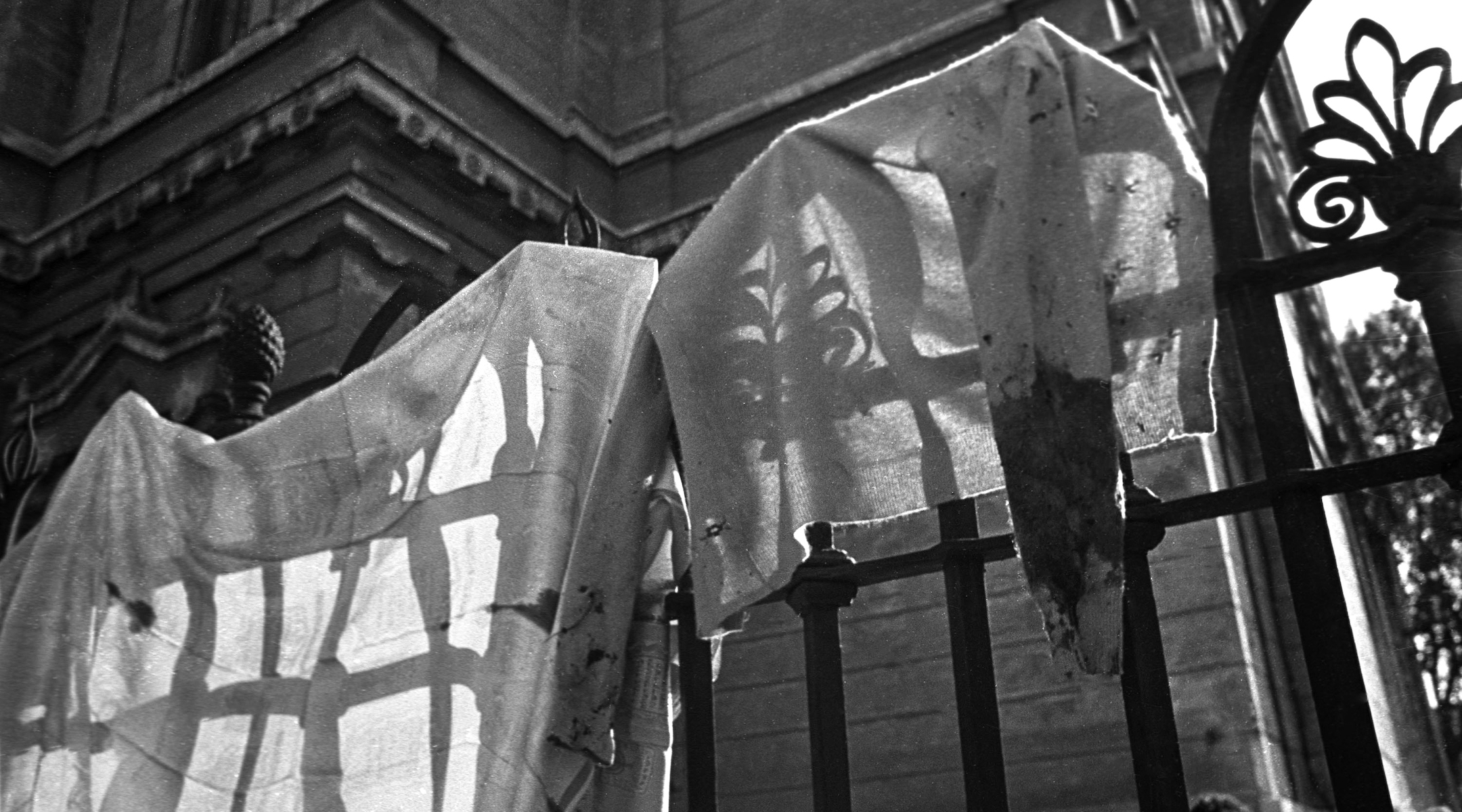 Sweaters stained with blood, hung on the railing of the Great Synagogue of Rome after an attack on Oct. 9, 1982. A toddler was killed and 37 people were wounded. (Stefano Montesi/Corbis via Getty Images)
See Original Daily Bulletin From This Date
Advertisement

A hand grenade was hurled at the central entrance of the main synagogue here last Thursday. There was little damage. The terrorists were not identified. The synagogue has been the target of anti-Semitic acts during the past months. Several times, small groups of neo-Nazis passed by the synagogue during services shouting out Nazi slogans. Security guards have been posted on occasion outside the synagogue to deter neo-Nazis from disturbing services. The Jewish community feels that Jewish organizations and installations in Rome do not receive sufficient protection from the Italian police.