Congressmen Told About the Plight of the Falashas 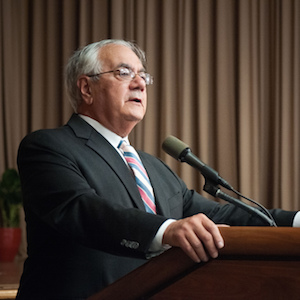 Rep. Barney Frank (D. Mass.), testifying before the House Subcommittee on Human Rights, urged Congress and the Administration to focus attention on the human rights violations committed against Ethiopian Jews.

As a result of the hearing last Thursday, the first time ever any body of Congress has met to discuss the plight of the Falashas, the subcommittee will press the State Department and U.S. Embassy officials in Ethiopia to give greater priority to the Falashas, Frank said.

“The victims of historic discrimination, including enslavement, forced conversions and land confiscation, the Ethiopian Jewish community has faced a constant struggle to sustain its identity and has steadfastly overcome the obstacles which they have endured over the centuries,” Frank told the subcommittee.

Frank said reports coming out of Ethiopia say the Falasha population in the country is less than 25,000. Evidence of religious persecution and cases of torture, imprisonment and the closing of schools were passed an to the subcommittee by Frank.

“It is an important step forward that a subcommittee of the Congress has granted recognition to this unfortunate and extremely disturbing situation,” Frank testified.