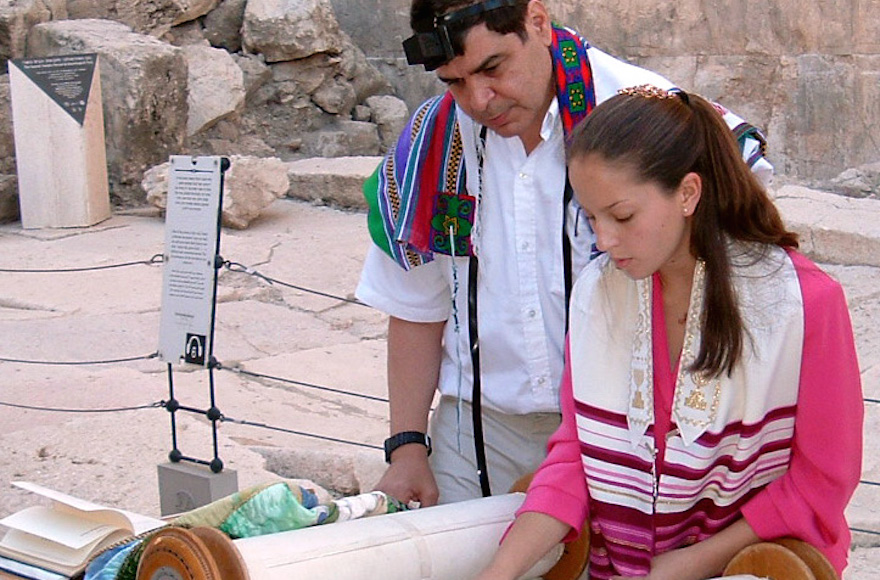 Israel’s Sephardic Chief Rabbi, Ovadia Yosef, has ruled that Bat Mitzva celebrations (for girls reaching the age of 12) are every bit as legitimate and valid as Bar Mitzvas for boys of 13.

Writing in the current annual issue of the Hechal Shlomo Year Book, Yosef explained that both celebrations were “Seudat Mitzva” (religious feasts) to celebrate the entry of the boy or girl into halachic adulthood, defined as the duty to obey the mitzvot (commandments).

Yosef conceded that Bat Mitzva celebration was not formerly common among Jewish communities. But he explained that this was perhaps because Jewish girls in olden days “absorbed religious values in the home.”

Nowadays, in the much more open society around us, it was essential “from a pedagogic point of view” to encourage girls by giving them Bat-Mitzva parties and not causing feelings of resentment among girls by “discriminating” between them and boys, the Chief Rabbi stated.

In the same publication, Ashkenazic Chief Rabbi Shlomo Goren handed down an important ruling-in-principle on the matter of conversion (ger). If a would-be convert says he intends to accept upon himself the Jewish religion, and abide by all the mitzvot, but does not intend to accept upon himself Jewish nationhood –to become a member of the Jewish nation — then his conversion to Judaism is invalid.

A convert, Goren wrote, must accept both elements, which are indivisible: Jewish religious and Jewish peoplehood. He cited the biblical saga of Ruth to prove his point.

Ruth, in her declaration of conversion, says to Naomi the immortal words: “Your people are my people and your God is my God.” This shows clearly, Goren wrote, that the people element is even more important — and certainly as important — as the God element. The Jewish religion is in essence a national creed, the Chief Rabbi wrote, even though many of its precepts are universal.