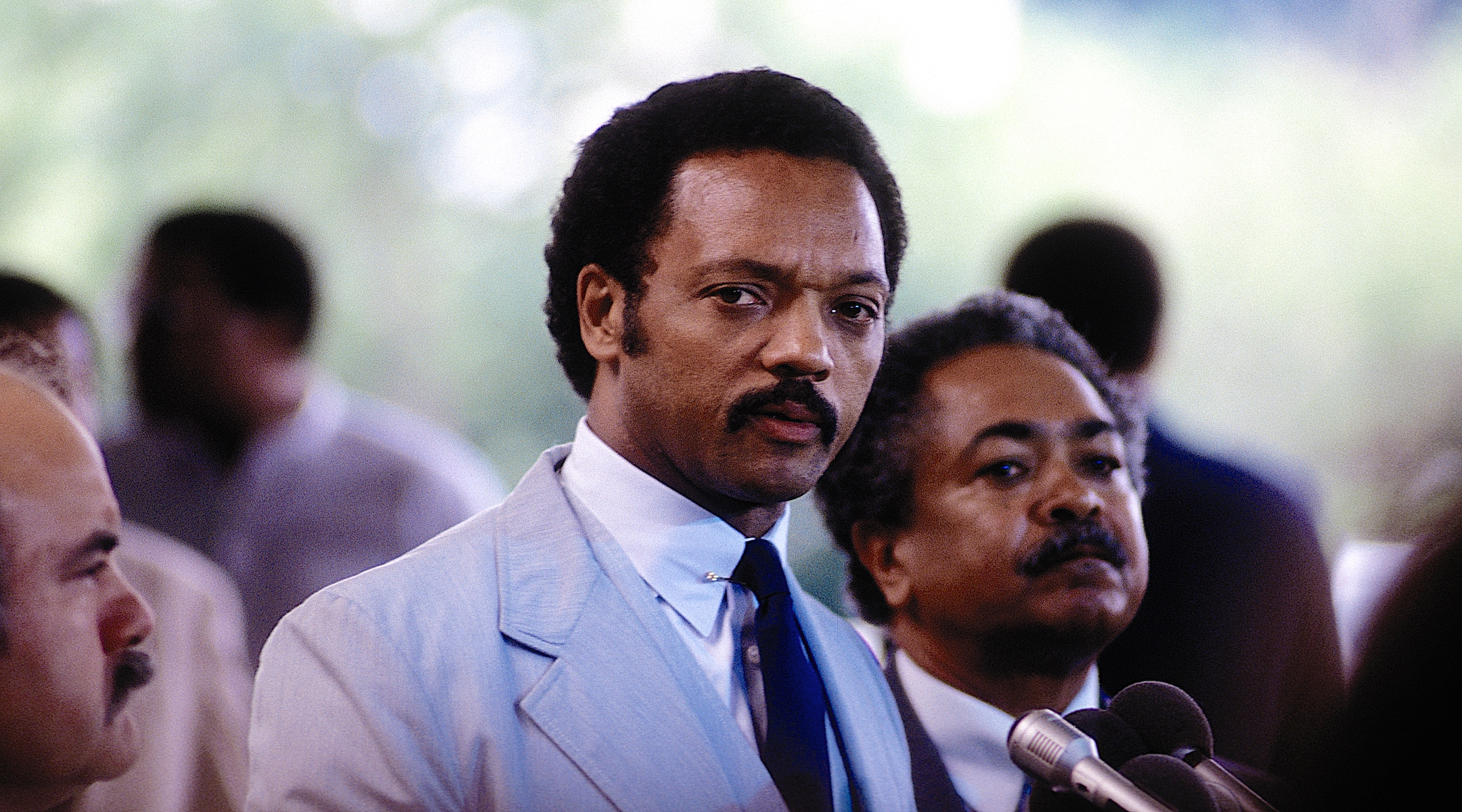 The Rev. Jesse Jackson admitted to a Jewish audience here last night that he had indeed made insulting references to Jews last month but insisted that neither he nor his remarks could be “remotely construed as being anti-Semitic or anti-Israel.”

Jackson, who is seeking the Democratic Party’s Presidential nomination, spoke to an overflow crowd at Temple Adath Yeshurun on the eve of the New Hampshire primaries. He said he had used the word “Hymietown” to refer to Jews and “Hymietown” as a description of New York City in what he said was a private conversation with a Washington Post reporter at the National Airport near Washington, D.C. on January 25.

The slur was reported last week in the Post and in the general media nationally, but Jackson had maintained up to now that he had “no recollection” of having said those words. He made his latest denial during a nationally televised debate with seven other Democratic Presidential aspirants here last Thursday night when the question was put to him by moderator Barbara Walters.

SAYS IT WAS ‘INSENSITIVE AND WRONG’

Jackson said last night, “However innocent and unintended, it was insensitive and wrong” for him to have made a derogatory ethnic reference. He said that “off-color” remarks nave no place in a political campaign. But many of the 200-plus people who crowded into the small synagogue appeared dubious of Jackson’s candor inasmuch as he waited more than a month to admit to the offensive remark and finally did so less than 48 hours before the nation’s first Presidential primary.

Jackson, an ordained Baptist minister, explained that “When confronted by the charge, I hesitated,” to prevent a disruption of his campaign. He compared his struggle over whether .to admit or deny the charge to Jacob’s wrestling with an angel.

“It’s human to err, divine to forgive,” Jackson told his audience. “I appeal to you tonight as a Jewish community to find yourself in the rainbow coalition,” he said referring to his coalition of supporters both Black and white.” I categorically deny that I am either anti-Semitic or anti-Israel,” Jackson said.

Meanwhile, Jackson .refused yesterday to dissociate himself from the remarks made by Louis Farrakahn, described as the minister of the Nation of Islam, who introduced Jackson last Saturday night at a rally of 10,000 persons at the annual Savior’s Day event in Chicago.

Farrakahn told the rally that there have been more than 100 threats against Jackson’s life. “I say to the Jewish people who may not like our brother, when you attack him you are attacking the millions who are lining up with him. You are attacking all of us… If you harm this brother, I warn you in the name of Allah, this will be the last one you do harm,” news reports quoted Farrakahn as saying.

Questioned by reporters before an appearance yesterday at New Hampshire College to address a forum on hunger, Jackson was asked for his reaction to Farrakahn’s remarks. He was quoted as saying, “Ask Farrakahn about his own introduction.”

In a television interview today, Jackson indicated that he did not anticipate his tensions with the Jewish community will affect the outcome of tomorrow’s New Hampshire primary election. “It has not become a big New Hampshire issue,” Jackson said. “My national constituency has not been affected at all in the political sense.”