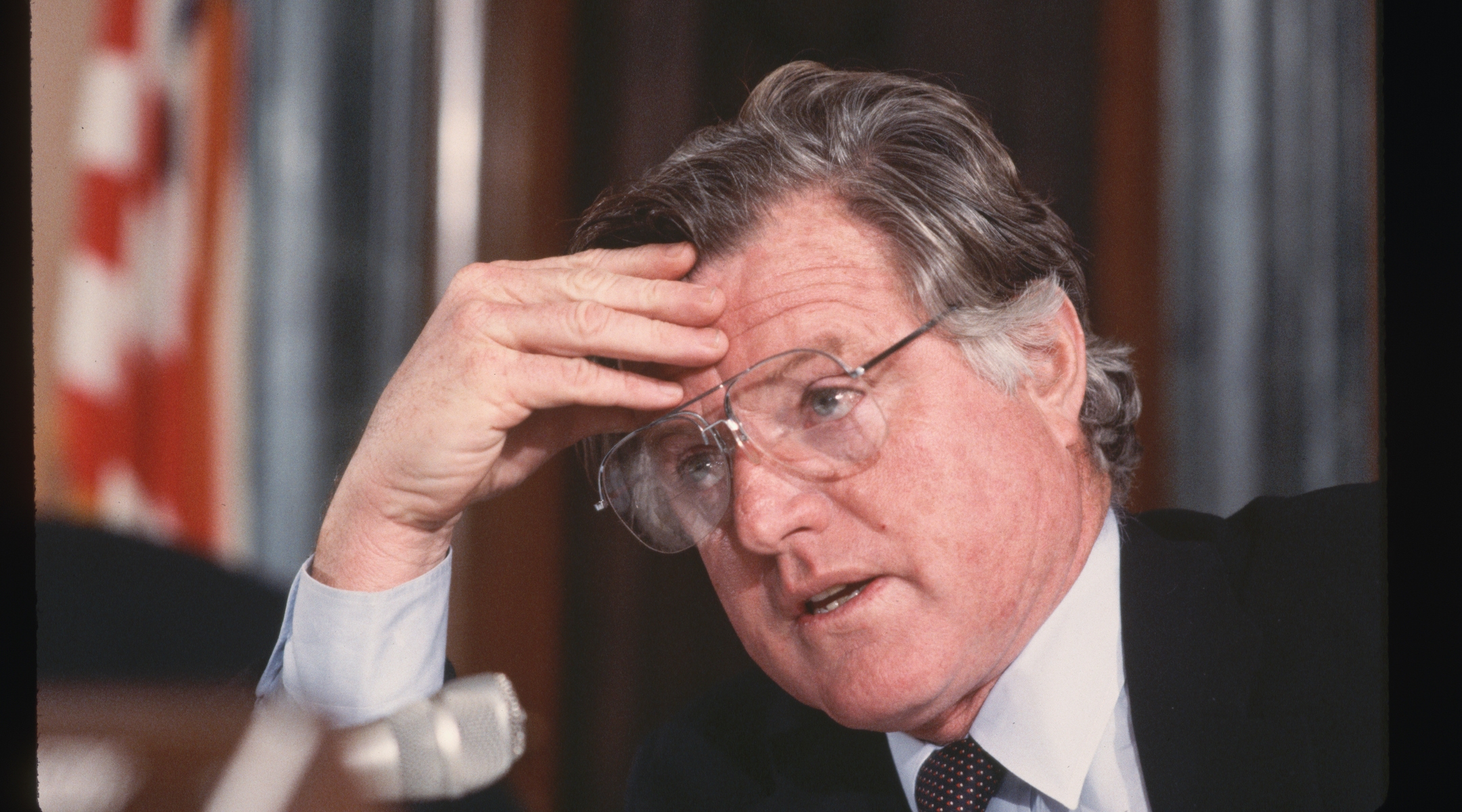 Sen. Edward Kennedy (D. Mass.) yesterday declared what he termed “the abvious — that Jews are not anti-Black and Blacks are not anti-Semites,”and denounced the rhetoric of Black Muslim leader Louis Farrakhan and Meir Kahane, the founder of the Jewish Defense League and leader of the ultra-nationalist Kach movement in Israel.

“We cannot pretend that we do not see or hear when Louis Farrakhan predicts a race war by 1986 or implies that Jewish editors and writers distort the news, or threaten the life of a Black reporter for doing his job, or refers to Hitler as a ‘very great man’or shakes the hand of Colonel Qaddafi,” Kennedy said. “Such conduct can never be condoned and it must be unequivocally condemned.”

“Nor can we pretend,” he added, “that we do not see or hear when Meir Kahane forms Jews against Jackson or when opposition to official Israeli decisions is equated with the shame of anti-Semitism. I strongly disagree with Rev. (Jesse) Jackson on the issue of the Middle East, but his position on the Middle East is wrong in terms of policy and it certainly is not proof of prejudice.”

Kennedy addressed some 1,300 people last night at a $200 a plate tribute to the 20 year public career of Basil Paterson, a former New York City Deputy Mayor and a possible challenger to Mayor Edward Koch’s re-election bid next year. The dinner at the Sheraton Centre raised about $100,000. Paterson has yet to indicate whether he will run for Mayor.

SCHINDLER URGES OTHERS TO SPEAK OUT

Kennedy’s speech was immediately praised by Rabbi Alexander Schindler, the president of the Union of American Hebrew Congregations, the central body of Reform Judaism in the United States. “Sen. Kennedy has spoken with candor and courage on an issue of profound concern to Jews and to all Americans of good will. Would that other political leaders in our land speak out in similarly statesman-like fashion.”

Kennedy appealed also for an end to “polarization politics” a reference to the tensions which have developed between the Black and Jewish communities during the Democratic Presidential primaries. “We must not permit polarization politics to set Jewish Americans against Black Americans and deflect two great peoples from their historic dream of freedom from bondage and persecution,” Kennedy declared.

The Massachusetts Democrat recalled the murder in Mississippi 20 years ago of two Jewish students and one black student — James Chaney, Andrew Goodman and Michael Schwerner — who were from New York City. “They were there (in Mississippi) to oppose hatred and intolerance, and they were killed because across the boundaries of race and religion, they were pushing back the walls of racism and prejudice….”