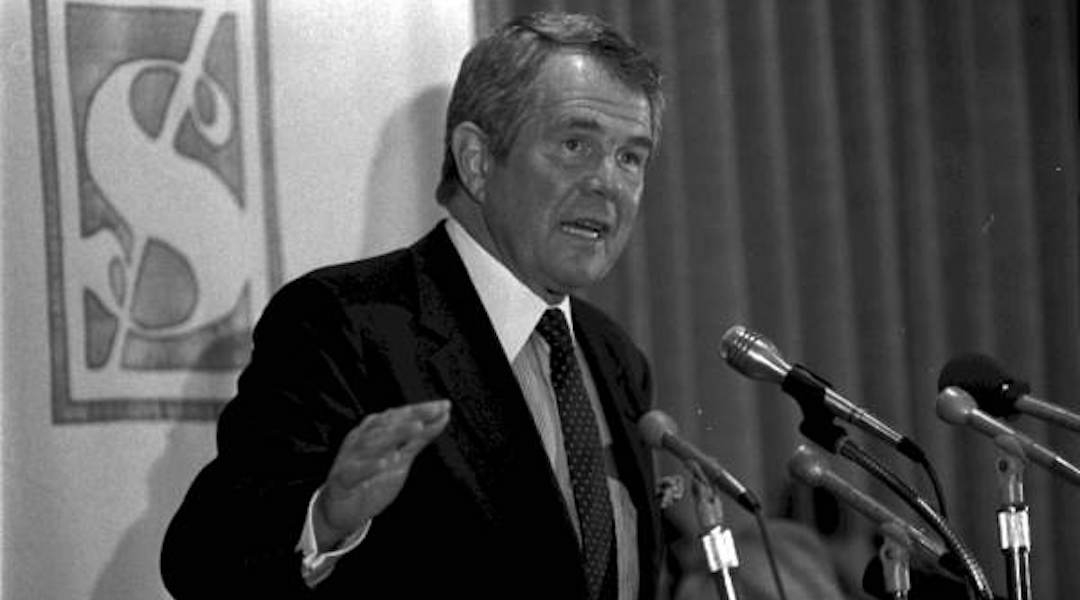 Evangelicals believe that the United States should move its Israel Embassy from Tel Aviv to Jerusalem, according to Dr. Pat Robertson, president of the Christian Broadcasting Network.

“Tel Aviv is not the capital of Israel,” he told 250 college students attending the summer seminar series sponsored by the Political Leadership Development Program of the America-Israel Public Affairs Committee (AIPAC) last week. “Jerusalem is the capital of Israel, and has been all the way back to King Solomon.”

Robertson, who hosts the television show, “The 700 Club,” said that evangelicals acknowledge “the claim of Israel to the land, the integrity of the State of Israel, the right to exist in security in secure borders, but we believe especially in Jerusalem.”

Noting that “in a spiritual sense, I consider Jerusalem my home, “Robertson stressed that “I don’t see Jerusalem as an international city. I think that Jerusalem should be under Israel.”

Robertson said the United States must always stand with Israel. “We pray that this nation won’t exchange principle, the deeply-held principles that unite our people together, for the expediency of cheap available oil, or for vacations free from terrorist attacks,” he declared.