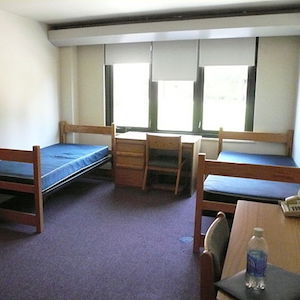 Police are continuing their investigation into the murder of yeshiva student Chaim Weiss, but a week after he was found stabbed in his dormitory room at the Torah High School of Long Beach, Long Island, local law enforcement officials say they still have no lead. Meanwhile, Rabbi Shlomo Lesin, the school administrator, said the yeshiva has posted a $25,000 reward for leads in the slaying.

Weiss, who would have been 16 years old in two weeks, was stabbed while he slept by a reportedly “heavy sort of knife” sometime during Halloween eve. There were no signs of forced entry or theft in the victim’s third-floor dormitory room, which opened onto a fire escape. Weiss’ body was found by a dormitory leader when he went to rouse the student for Shabbat morning prayers.

The factor of anti-Semitism has been largely discounted by detectives assigned to the case, although the murder took place during Halloween following some heckling and taunting of the yeshiva students, and some egg-throwing. Lesin told the Jewish Telegraphic Agency that he has been there 17 years and has felt no anti-Semitism during that time.

He said that police are escorting the students the two-and-a-half blocks between the dorms and the building that houses the classrooms, synagogue and dining hall, “no matter the hour. We have received very good protection from the police. They are extremely cooperative.” Lesin added that Jewish militants who showed up as self-appointed patrols last week were sent away by local police authorities. A police command truck is stationed at the yeshiva while investigations continue.

Lesin said some changes have been made in the students’ lifestyles. The dorm in which the murder took place has been closed, Lesin said, and the students are living in the three remaining dorms. Their daily routines “are more flexible, less rigid,” he said. The students, he said, are dealing with the murder by having therapy and discussion.

“We’re trying different approaches. We are having them immerse themselves in study or other types of discussion to distract them, such as guest lecturers. And then there is the therapy. We have a team of psychologists who are familiar with religious people and know how to deal with trauma,” Lesin said. “Rabbi Dr. Chaim Wakslak, the rabbi of Young Israel in Long Beach, has been extremely helpful, above and beyond the call of duty. Dr. Joseph Marmelstein, a former student’s parent who lives in Far Rockaway, NY has also been coming in to talk to the students,” Lesin said.

He said all the school’s students and rabbis paid a shiva call to the victim’s parents at their Staten Island, NY, home. According to Lesin, only one student has not returned to the yeshiva high school since the murder, and two new students have applied for entrance since the crime a week ago.