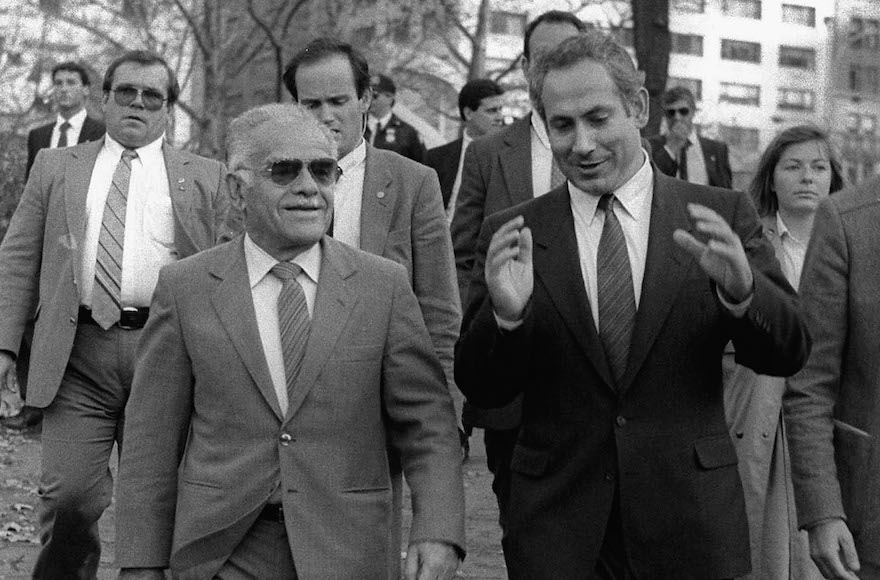 Binyamin Netanyahu, Israel’s Ambassador to the United Nations since July 1984, confirmed to the Jewish Telegraphic Agency Monday that he will leave that post when his term expires in June 1988.

He said he does not intend to renew his contract with the Israel Foreign Ministry and would probably leave the foreign service. He stressed, however, that contrary to various reports he is not interested in the dual chairmanship of the World Zionist Organization and Jewish Agency Executives, to be vacated by Leon Dulzin, and will not be a candidate at the next World Zionist Congress.

According to close associates, the charismatic 38-year-old diplomat may enter Israeli polities. He is widely admired in Israel and is close to the Likud party. He seems virtually assured of a safe spot on the Likud list in next year’s Knesset elections. But Netanyahu himself refused to comment on speculation that he will choose a career in polities.

The JTA learned, meanwhile, that Nimrod Novik, an advisor to Foreign Minister Shimon Peres, is the most likely candidate to replace Netanyahu at the United Nations.