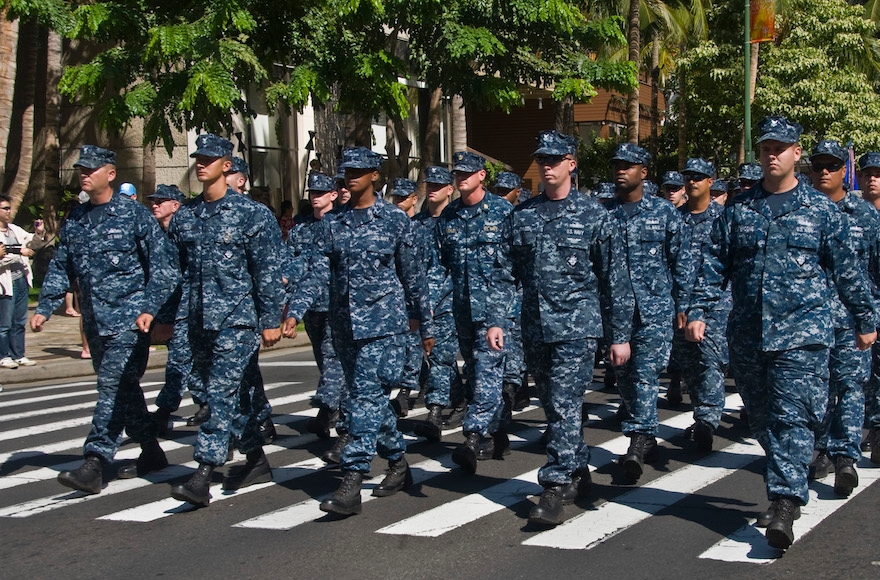 The U.S. armed services are changing their regulations to allow Jewish personnel to wear yarmulkes (skullcaps), following the signing of an amendment to the 1988 Defense Authorization Law by President Reagan on Dec. 4.

A spokesman for the Defense Department in Washington said Thursday that the department has 120 days to implement the new law. It requires the services to allow members to wear “neat and conservative religious apparel which is part of the observance of the religious faith practiced by the members while in uniform” if it would not interfere with their military duties.

The National Jewish Commission on Law and Public Affairs (COLPA) hailed the new law. Allen Rothenberg, COLPA president, said it assures “that a symbol of the Jewish faith (the yarmulke) would no longer be arbitrarily deemed as incompatible with public service.”

The bill was drafted by Nathan Lewin, COLPA national vice president. It was designed to reverse the March 1986 decision of the U.S. Supreme Court in Goldman vs. Weinberger, that the military was not constitutionally required to allow its members to wear a yarmulke while on duty.

Lewin and David Butler, COLPA’s national secretary, represented Captain Simcha Goldman, who wished to wear his yarmulke while serving in the Air Force, against then-Secretary of Defense Caspar Weinberger.