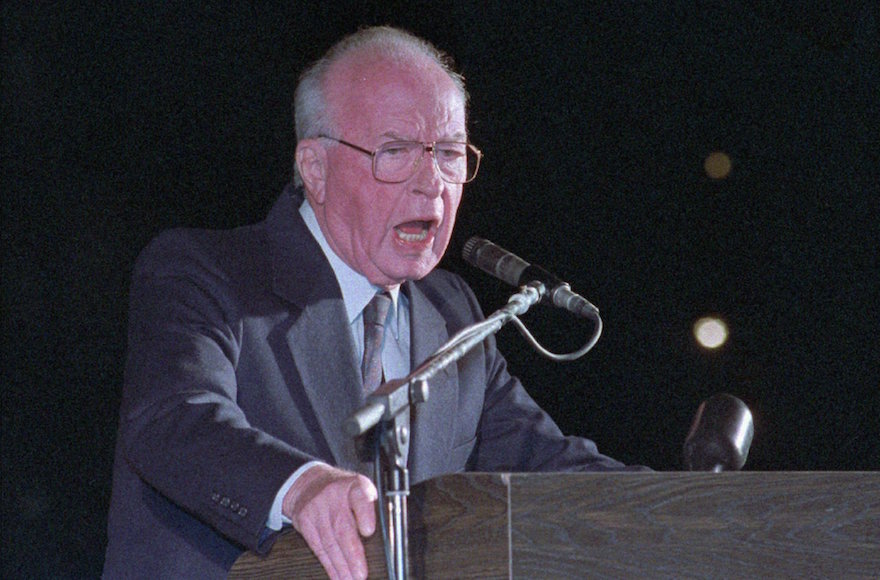 Defense Minister Yitzhak Rabin warned this week that the Palestinian uprising, now in its eighth month, is in danger of becoming an accepted fact of life here.

From Israel’s viewpoint, the situation is bearable, but it must not come to be regarded as the norm, Rabin said. Israeli security forces are not confronting a segment of a society, but an entire society, the defense minister said.

The tragedy of the confrontation is compounded by the fact that so many of the victims are young children, killed or severely wounded by the Israel Defense Force.

The latest of them is Suheir Fuad Assane, a 13-year-old Palestinian girl from the Shati refugee camp in Gaza. She was shot to death when IDF soldiers opened fire to disperse rioters at the camp, frequently the scene of violent demonstrations.

The problem is that the IDF soldiers, trained for combat and not riot control, are sent to cope with disturbances in the narrow lanes and winding alleys of overcrowded refugee camps or in the casbahs of Nablus and other Arab towns.

Small groups of soldiers are suddenly face to face with mobs of angry Palestinian youths, equipped with slingshots and stones, which can be fatal.

Standing orders are not to shoot, except in life-threatening situations. It is up to the ranking officer at the scene to decide when a situation is dangerous enough to use firearms.

The IDF does not claim that every fatal shooting was justified. Soldiers have been punished when found to have used excessive force or to have fired their weapons needlessly.

Rabin says the defense establishment is striving to reduce the level of violence. The message Israel is trying to send the Palestinians is that they cannot avoid collective punishment, as long as they do not collectively restore law and order.

Meanwhile, Israeli politicians are trying to be upbeat about the situation in an election year. They seem to think that by repeating over and over that the uprising is on the wane, it will eventually disappear.

But it has not done so, and it is the under ground Palestinian command that holds the initiative. It decides when and where to demonstrate, when to throw stones or gasoline bombs, when to go on strike, when not to report to jobs in Israel.

And the uprising has spread. For half a year, the police managed to maintain relative quiet in Jerusalem. In recent weeks, East Jerusalem has erupted in violence. Hundreds of police reinforcements have been sent there and patrol the streets day and night. Fewer Jews dare to visit East Jerusalem, and the city is more divided than it has been since the reunification in 1967.