Jews Still Favor Democrats, but Anti-Semitism is a Concern 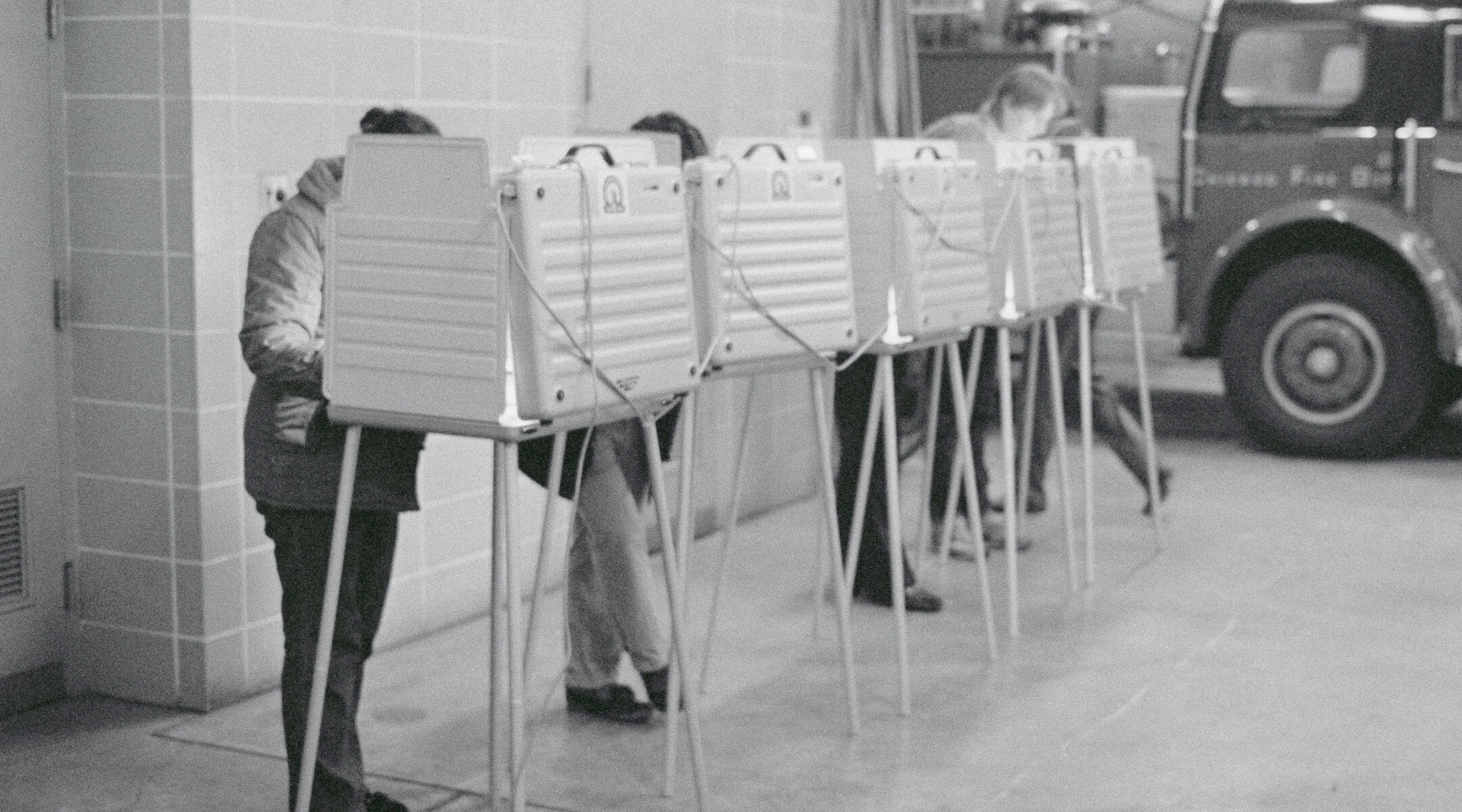 The majority of Jewish voters continue to favor a Democrat for president over a Republican, according to a survey conducted in April and May on behalf of the American Jewish Committee.

But despite their consistently liberal views on a host of domestic issues, those voters are showing an increased anxiety over anti-Semitism that may guide their selection on Election Day, an analyst said.

“To what extent Jews will perceive anti-Semitism on either side will be a key factor” in the upcoming election, said Steven Cohen, professor of sociology at Queens College in New York, who conducted the study of Jewish political attitudes and values.

He discussed his study Wednesday at a news conference at AJCommittee offices here.

His analysis is based on two simultaneous surveys — one dealing with 1,252 Jews and the other with 1,217 non-Jews — by Market Facts Inc., a national research organization.

The survey found that Jewish Democrats outnumbered Republicans 61 percent to 14 percent, or better than 4-1; and Jews overwhelmingly favored a Democrat over a Republican for president, 58 percent to 16 percent.

But support for both parties dipped when Jews were asked about the influence on their parties by Jesse Jackson and Pat Robertson, former candidates for, respectively, the Democratic and Republican presidential nomination.

Fifty-nine percent said Jackson was anti-Semitic, and only 10 percent disagreed.

When asked how they would vote if Jackson became the Democratic vice presidential nominee, Jews gave a majority vote to the Republicans, 44 percent to 24 percent.

Likewise, 41 percent said Robertson was anti-Semitic, and support for the Democratic candidate increased to a 59 percent to 10 percent margin when Jews were asked about Robertson as a vice presidential nominee.

Cohen said the results were consistent with a separate finding, which showed that three-quarters of those Jews surveyed believe anti-Semitism is a serious problem — a far greater proportion than he found in surveys conducted in 1983, 1984 and 1986.

Jews remain “extraordinarily liberal” in terms of support of social issues, including legalized abortion, the rights of homosexuals, and the separation of church and state, said Cohen.

But their votes, he said, may well be influenced by who is perceived as the more anti-Semitic, the conservative Republicans or the liberal Democrats.