Israel Finally Gets a Mention in U.S. Presidential Debates 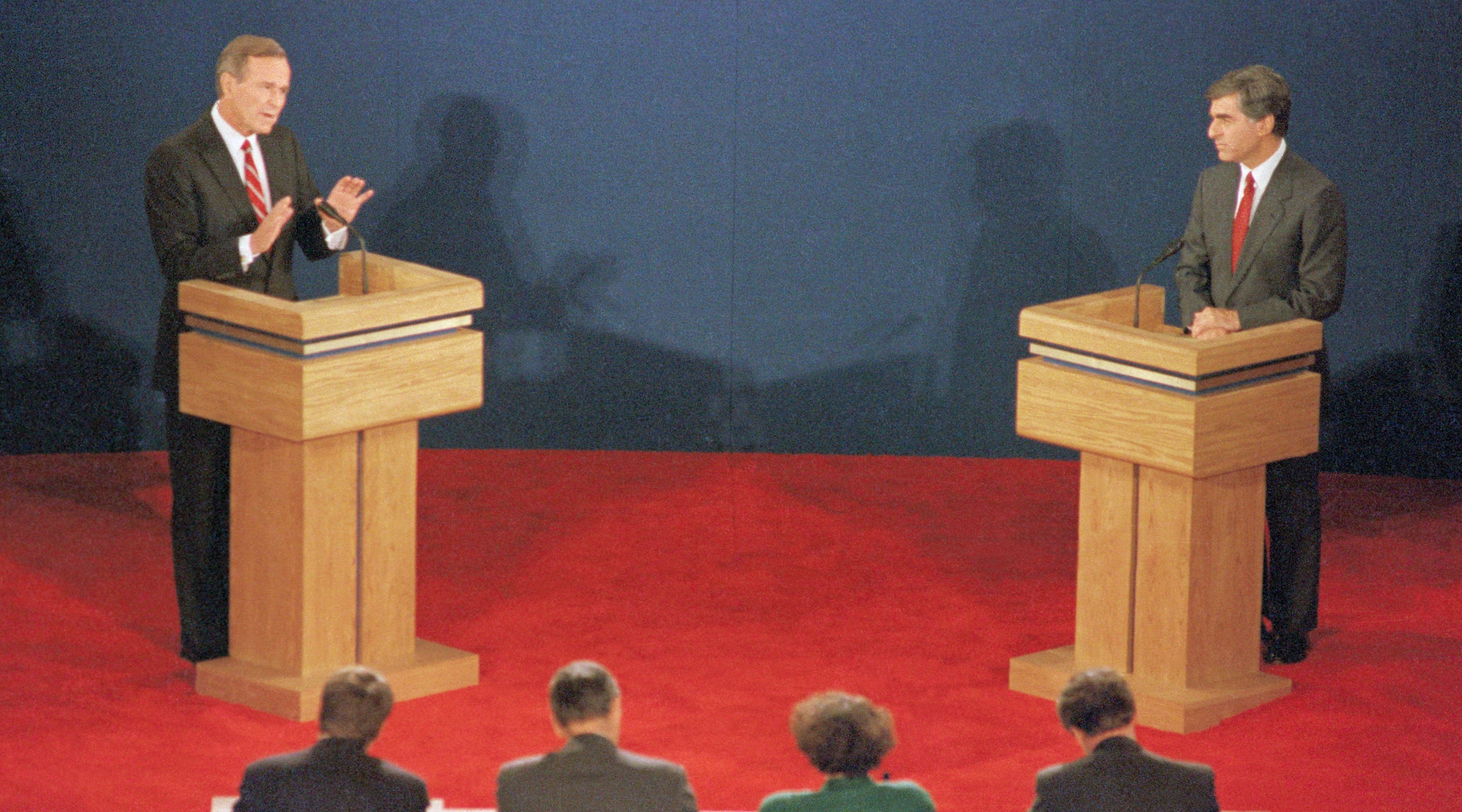 The Arab-Israeli conflict finally made it into the presidential candidates’ debates last Thursday night, albeit by the back door.

There were no questions on the issue in the two debates between Vice President George Bush and Massachusetts Gov. Michael Dukakis, or in the single debate between their running mates, Sens. Dan Quayle (R-Ind.) and Lloyd Bentsen (D-Texas).

In fact, foreign policy has hardly been mentioned in the debates, except where it relates to defense.

While answering a question Thursday night dealing with Dukakis’ call for beefing up conventional forces, the Massachusetts governor inserted a comment on the Middle East.

“I would challenge (Soviet President Mikhail) Gorbachev to join with us in limiting and eliminating regional conflict in the Middle East, in Central America,” Dukakis said.

“Let’s get him working on Syria, their client state, and see if we can’t get them to join Israel and other Arab nations, if at all possible, and Arab leaders, in finally bringing peace to that troubled region.

“And I think that’s one reason why we need fresh leadership in the White House that can make progress now, bring peace to the Middle East.”

Bush did not mention the Middle East in his reply, but said that “in the terms of regional tensions, we have now gotten the attention of the Soviet Union.

“And the reason we’ve gotten it is because they see us now as unwilling to make the very kinds of unilateral cuts that have been called for and to go for the discredited freeze” on nuclear weapons.

Bush has accused Dukakis of wanting to make defense cuts that would hurt the U.S. position in negotiating with the Soviet Union.

Both Bush and Dukakis have issued lengthy position papers on the Middle East, but have discussed the issue mainly before Jewish audiences.