Election of Former Klansman is Condemned by Jewish Leaders 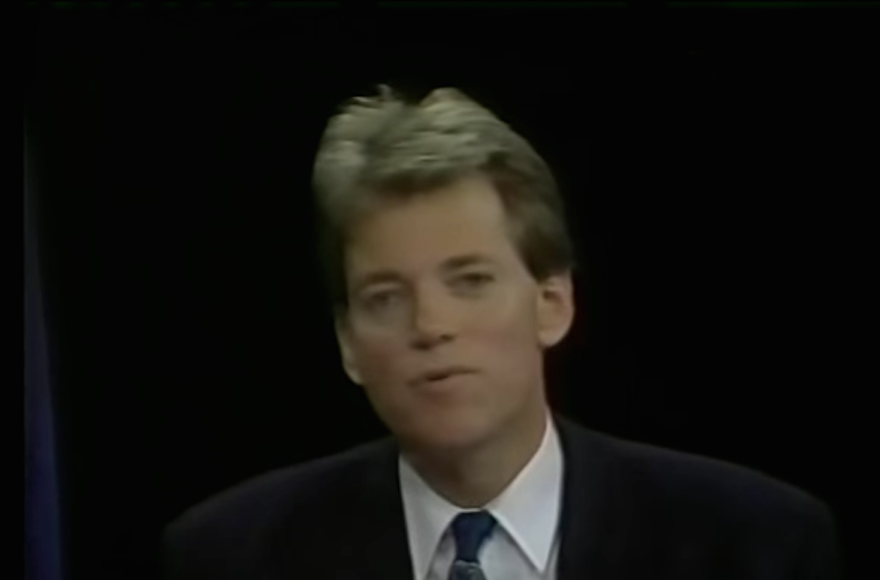 Jewish leaders in New Orleans are deploring the election of a former neo-Nazi and Ku Klux Klan leader to the Louisiana state legislature, but they say his election is less a symptom of widespread anti-Semitism or racism than simple political opportunism.

David Duke, a former Ku Klux Klan imperial wizard, won a narrow victory Saturday over fellow Republican John Treen in a runoff for a seat in the state House of Representatives.

Duke’s victory came despite the intervention of the national Republican Party apparatus, including President Bush and former President Ronald Reagan.

The margin of victory was less than 250 votes in a district of 21,000 voters, and Treen has demanded a recount.

According to local leaders, Duke has traded in his past as a white supremacist for a squeaky-clean image as an arch conservative.

He was careful to steer clear of racial and anti-Semitic statements in his campaign and to appeal to the virtually all-white 81st District of suburban Metairie, La., with calculated stands on affirmative action, taxes and welfare reform.

The majority of voters in the district chose “to disregard his longtime record as an extremist and promoter of racial and religious prejudice,” A.I. Botnick, director of the South Central regional office of the Anti-Defamation League of B’nai B’rith, said in a statement.

Botnick called Duke’s election “a gain for the forces of racism and bigotry,” but said it must be put in proper perspective.

JDO PRESENCE MAY HAVE BACKFIRED

“The outcome is disturbing,” he said. “Yet ADL has seen no evidence that the result in Jefferson Parish is indicative of a broad turn toward racism among the American people.”

During the campaign, Jews in Metairie preferred to keep a low profile to their opposition to Duke. Local Jewish leaders resented the intervention by the leader of a tiny, New York-based group, the militant Jewish Defense Organization.

Mordechai Levy, leader of the JDO, was in Metairie last week vowing to do “everything we can to destroy the David Duke campaign.” Levy left Metairie before the election, and there were no reports of violence.

Rabbi Robert Loewy of Congregation Gates of Prayer, a reform synagogue in Metairie, said local Jewish leaders will come together to plan a coherent strategy to monitor Duke’s actions and to work with Protestant and Catholic leaders on an interfaith response.

Response to Duke’s election will be the subject of consultations between leaders of a number of national Jewish organizations that are meeting this week in Washington as members of the National Jewish Community Relations Advisory Council.

Duke, 38, is a longtime activist for “white power” who still leads the New Orleans-based National Association for the Advancement of White People.

Pictures of Duke as a youth show him wearing a Nazi uniform with a swastika armband.

Duke has said he now repudiates the Ku Klux Klan, from which he resigned as imperial grand wizard 10 years ago to form his NAAWP.

Duke became a Republican shortly before the legislative race began last December. He told reporters this week that his election was not a “Jewish-Christian issue” and that neither Jews nor blacks have anything to fear from his victory.