For Children of Chernobyl, New Lives at the New Year 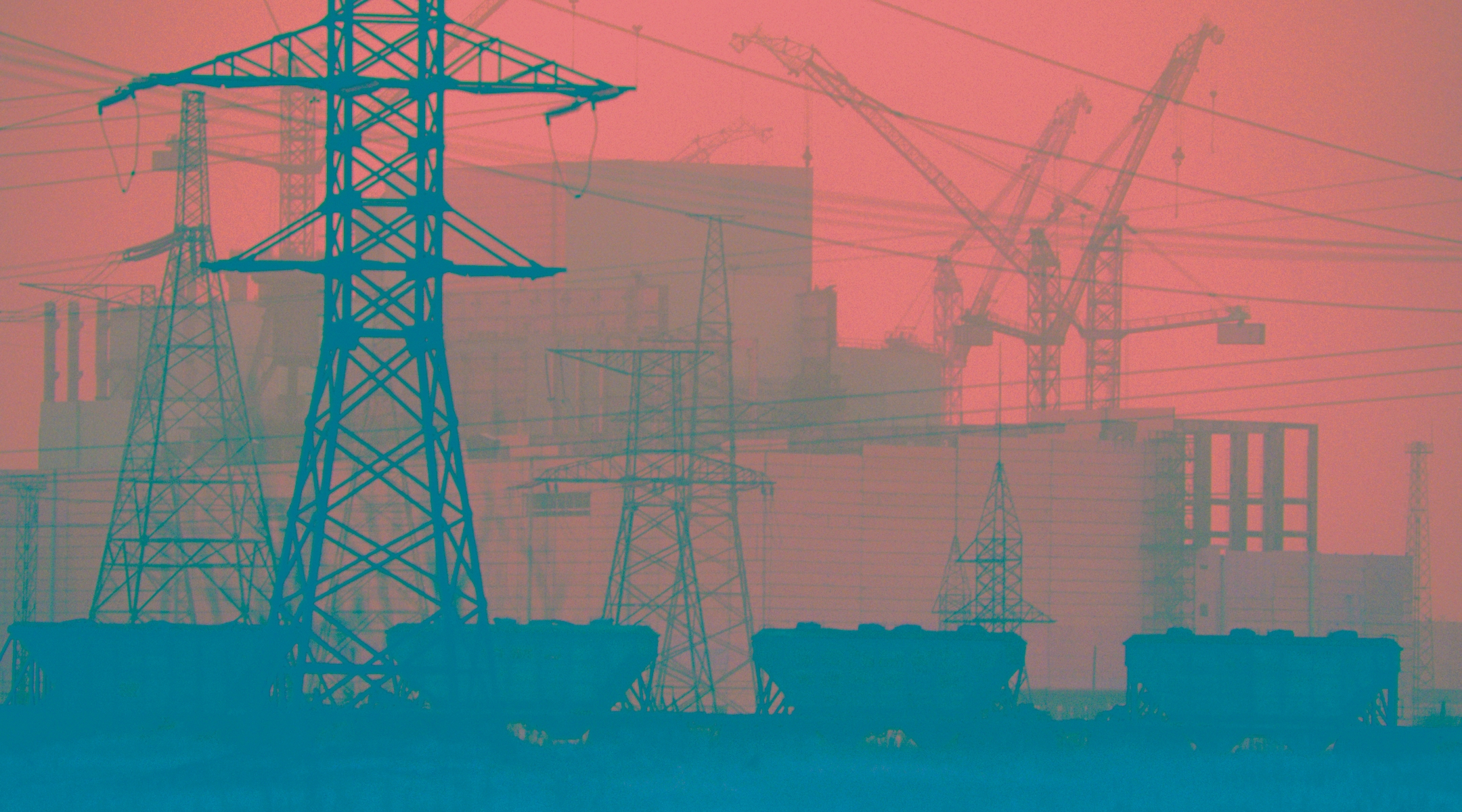 The grocery in the small village was crowded Friday afternoon shortly before Shabbat. Among black-clad Hasidim waiting to be served stood four small boys trying to decide which flavor of ice cream to buy.

They chose banana, and one youngster, pale and blue-eyed with long white legs sticking out of his shorts, asked for four banana ice creams.

He spoke in a heavily Russian-accented Hebrew, pronouncing each word carefully but seemingly with confidence.

It was only later, outside the shop, that it became clear that he did not know enough Hebrew to answer simple questions. He had memorized the words to buy ice cream.

The boys, who look healthy, are among 196 children from the Chernobyl area of the Soviet Union brought to Israel in early August for treatment of radiation exposure from the April 1986 nuclear accident.

The grocery they patronized is in Kfar Chabad, a Hasidic settlement near Tel Aviv founded in 1948 by 50 Lubavitch families from Russia. It now numbers close to 600 families, and over 8,000 children live there.

More than 5,000 of them were not born in the village but were “collected” by Chabad activists from broken homes all over Israel.

“When it first became known that we were bringing some 200 children from Chernobyl here, many asked us why we are doing this,” Yossie Raichik, associate director of the Chabad Youth Organization in Israel, told the Jewish Telegraphic Agency.

His organization already had its hands full feeding, clothing, educating thousands of children with many problems, Raichik explained. Now it was adding Soviet children with unknown medical problems.

‘THE REBBE REQUESTS, AND WE ACT’

But “the rebbe requests, and we act,” Raichik said, explaining that the decision to bring the Chernobyl children to Kfar Chabad came from the Lubavitcher rebbe, Rabbi Menachem Mendel Schneerson in New York, where he presides over the worldwide Chabad movement.

Many Jewish parents within 100 miles of Chernobyl turned to Chabad, one of the more established Jewish movements in the Soviet Union, for help in getting their children away after noticing physical changes in their condition.

Diane Rabinovitch, a long-legged, blond 15-year-old from the Byelorussian town of Gomel, who is part of the group, said she feels better after only two weeks in Israel.

“There, in Russia, I had a lot of headaches, all the time. I was much more tired than I am here.

“The only thing that hasn’t changed is that I still don’t see so good, but perhaps even that will change,” she said.

Rabinovitch and her friend Diane Tolkachova, also from Gomel, said they don’t mind having to study in what should have been their summer vacation.

“We like learning Hebrew, Jewish history and preparing for life in Israel,” they said, emphasizing that the radiation is not the only reason they are happy to be in Israel.

“This is our motherland,” Rabinovitch said, adding she always had a feeling the Soviet Union was not.

The girls say they used to celebrate Chanukah, Rosh Hashanah and Yom Kippur with their parents, and although they like learning about the religion, they don’t want to stay at Kfar Chabad when their parents eventually join them.

“It’s nice for now, and everyone has been very, very nice to us, but we are not really Jewish,” they said, quickly adding they meant not religious.

EVEN SMALLEST ONES KNOW THEY’RE SICK

Dr. Ze’ev Weshler, head of the radiology department at Hadassah University Hospital, says removing the children from the area is crucial.

“There is a time limit of between four and five years when treating children who have been exposed to high levels of radiation, and after that the damages are irreversible,” he explained.

Weshler, taking time off from his job in Jerusalem, said it was urgent to begin examining blood samples to find the extent of the damage.

Nevertheless, he decided to let the children acclimatize before commencing the checkups.

“Even the smallest ones know that they are sick, but they don’t understand the extent of the danger,” Weshler said. “We have already uprooted them from their families, and you have to give them time to get used to their new life.”

Five-year-old Rita is here with her 9-year-old brother and an older cousin but rarely gets to see them, because at Kfar Chabad boys and girls live in separated areas.

“My mommy told me I was going away because of radiation and not to be sick,” the little girl said through an interpreter.

She said she knew that radiation is “when people are sick, and soon everyone will be sick and everything there will be dead and become a desert.”

The girls, dressed identically in long denim skirts supplied by the Chabad movement, all seem to understand, in their own way, what had happened and why they are now in Israel.

Five-year old Stella explained that “there was a big accident at home and that is why people are coming here.”

The current group of 196 is the first that Chabad plans to bring from the Soviet Union.

By unofficial estimate, the group, ranging from 5 to 15 years old, is the first of 3,000 Jewish children from the Chernobyl area whom the movement plans to bring to Israel.

According to a Chabad report, the “Children of Chernobyl” program costs about $16,500 annually per child.

This does not include capital outlay to set up a dental clinic, outpatient clinic or medical examinations by specialists.

The program hopes to reunite parents with their children as soon as possible, but because the children are more susceptible to radiation, they are being brought out first.

“They have gone through enough already, being separated from and now waiting for their parents to join them, and we don’t want them to suffer any more.”