At Least 23 Killed in an Avalanche That Destroys Jerusalem Coffeehouse 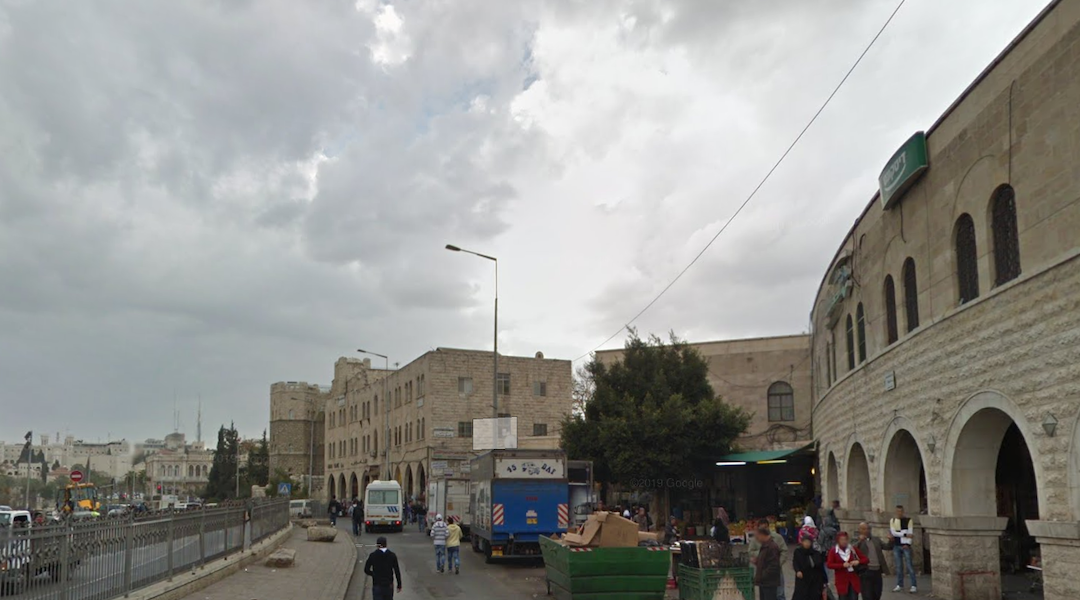 Arabs and Jews worked shoulder to shoulder in a 24-hour rescue operation that ended Sunday afternoon with the removal of at least 23 dead and 22 injured from an Arab coffeehouse in East Jerusalem that was buried under a mudslide Saturday.

But the human solidarity shown in the face of tragedy did not last. Some Arabs objected to victims being taken to Jewish hospitals in western Jerusalem. Some ambulances were stoned.

The disaster occurred Saturday afternoon, when the roof of the A-Rawda Cafe on Sultan Suleiman Street in East Jerusalem collapsed suddenly under the weight of accumulated snow, mud and debris that breached the stone retaining wall of an adjacent cemetery.

The tragedy was attributed to the record snowstorm that blanketed Jerusalem last week, reputedly the worst in more than a century.

Civil defense and army rescue teams went to work removing stone blocks from the wrecked cemetery walls, whose weight crushed the cafe roof like an avalanche.

Local Arabs pitched in without question or discussion as the muezzin on a nearby mosque called the faithful to prayers and ambulances carrying the injured raced from the scene.

The cries of pain and fear were heard at first. But as the last survivor was removed, silence fell.

A DISPUTE OVER HOSPITALS

Relatives of the victims who had tried vainly to remove rubble themselves stood behind police barriers praying for miracles.

Only Abed Saleima, son of the proprietor, could claim one. Shortly before 5 p.m. Saturday, his father sent him outside to check on a noise.

He had only just walked out when hundreds of tons of mud and stones poured down on the 50 people believed to be inside the 55-year-old building at the time. Saleima saw his father’s body pulled out hours later.

Rescue teams of Jews and Arabs worked through the night and the following day. But their common objective was not enough to overcome years of animosity.

The families of some victims, supported by Arab doctors, tried to prevent Red Magen David ambulances from taking the injured to Israeli hospitals, like the specially equipped emergency room of Hadassah Medical Center in Ein Kerem.

The families wanted them treated at Mokassed Hospital in East Jerusalem, an Arab hospital not as well equipped.

“They are fighting a war of politics and honor,” said MDA official Ran Zehavi, “while we are fighting the war of the wounded.”

President Chaim Herzog and Prime Minister Yitzhak Shamir sent messages of condolences to Mayor Teddy Kollek of Jerusalem to convey to the families of the dead and injured.