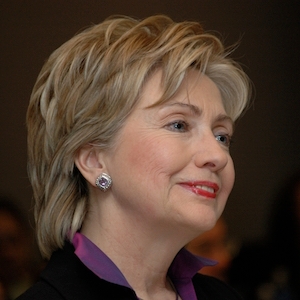 Late Saturday afternoon, Democratic Presidential hopeful Edmund Brown Jr. ventured into a Brooklyn synagogue and, in a rare departure from campaign protocol, did not speak.

The former California governor’s visit to a Hasidic shul for a traditional Sabbath meal first elicited amusement and hostility from the regular worshippers. But by the end, they seemed convinced that the visit by the eclectic candidate was as much a stop on a spiritual pilgrimage that has already included Jesuit training, Zen Buddhist a studies and service with Mother Teresa as it was a political maneuver.

Hosting the governor was Rabbi Meir Fund, who said afterward that this was probably the first time an American political candidate “experienced an authentic Hasidic spiritual gathering.”

Brown and Fund, rabbi of the Flatbush Minyan, were brought together by a mutual friend.

Starting at Fund’s house, they walked to the synagogue of the Modzitz Hasidim, for a half hour’s worth of Hasidic melodies. Brown looked at the translations of some of the songs — and asked Fund about various kabbalistic terms they contained — but for the most part was content to listen, hum along and tap his feet in time.

Outside both the shul and Fund’s house, where the two returned for the havdalah service marking the end of the Sabbath, Brown was confronted with demonstrators against Rev. Jesse Jackson, Brown’s announced choice for running mate.

According to Fund, Brown began to understand why the Jewish community had not forgiven Jackson, despite his public apologies for referring to New York as “Hymietown.”

Is a spiritual sensitivity and quest a good qualification for the presidency?

Putting aside all other factors — and voters in New York’s primary faced plenty of factors before casting their uncertain ballots Tuesday–Fund says yes.

“That’s the best thing in the world. Because that kind of person is going to factor in certain kind of values that a pragmatic political hack will never get to.”

In remarks to a Queens synagogue sisterhood Thursday, Hillary Clinton, wife of Brown’s rival, Arkansas Gov. Bill Clinton, appealed to an audience by bragging about her hip credentials.

Hip, that is, as in “Home Instruction Program,” an Israeli program which trains mothers to teach their children.

The program was created at Hebrew University with assistance from the National Council of Jewish Women, and is now among the calling cards the governor leaves at addresses to Jewish groups.

“Years ago Israel was facing a massive influx of Jews from North Africa. When these children got to school, they had many learning disabilities,” Clinton told the 200 people at the Young Israel of Hillcrest.

Clinton went on to explain how when she first heard about this program, she was immediately on the phone to the head researcher at Hebrew University.

“Now this program is in effect in New York, and in Arkansas. I am proud to say that Little Rock has the largest program of its kind in the U.S.,” she added.

Clinton hammered on the need for new vision and leadership for the United States. “Anti-Semitism and racism are tearing this country apart. We need new leadership to bring us back together again,” she said.