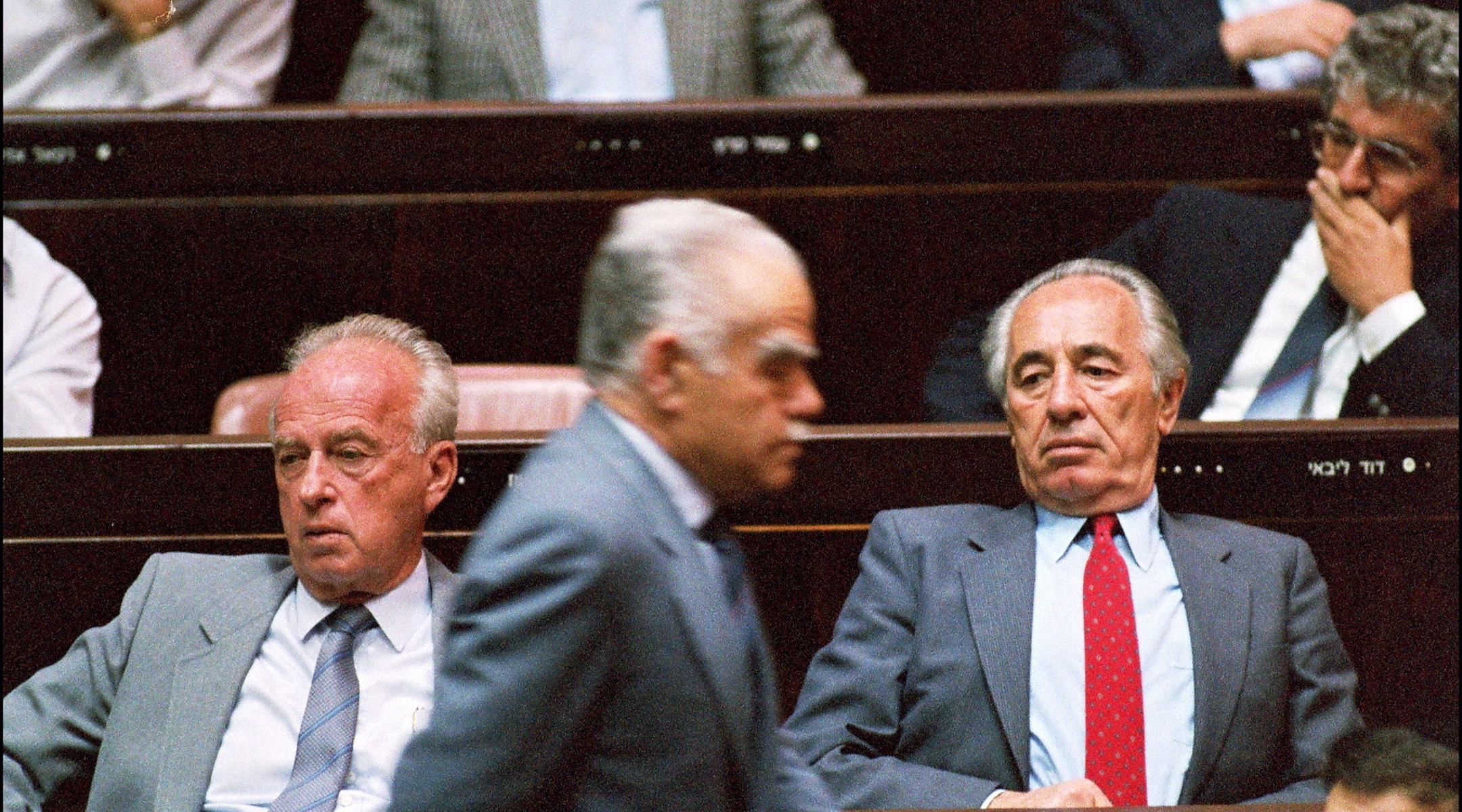 Almost on the eve of election day, a new row erupted between Labor and Likud over a poster that mushroomed in the Tel Aviv area, bearing the Hebrew words “Avodah Meshachreret.”

In English it means “Work Frees,” which is innocuous. But the German translation is “Arbeit Macht Frei,” the sickening homily that adorned the entrances to Auschwitz and other Nazi death camps.

Labor Party leaders at first assumed the poster, with its play on the word “work,” or “labor,” was dreamed up by misguided local branch workers unaware of its ghoulish connotation. But it became clear soon that someone was out to do the Labor Party no good in next Tuesday’s elections.

Labor filed a complaint with the police Thursday and demanded a swift investigation. In a formal statement, the party accused “political rivals” of perpetrating this “low and disgusting gimmick.”

Likud quickly assumed a posture of outraged innocence. It issued a statement condemning the posters.

Labor and Likud also argued over which party was in the forefront of defending Israel against nuclear attack.

In interviews Thursday in the Israeli dailies Ma’ariv and Yediot Achronot, Labor Party leader Yitzhak Rabin maintained that Israel’s “reply” to a possible nuclear threat in the region was conceived and developed “years ago, long before the Likud came to power.”

Rabin made the point in connection with Likud’s repeated assertion that Menachem Begin’s decision to bomb the Iraqi reactor in June 1981 saved Israel from a nuclear threat a decade ago.

Prime Minister Yitzhak Shamir responded to Rabin in an interview with Ma’ariv, which quoted him as saying that all Israeli governments have “dealt with this matter on the highest levels of government, constantly over the years.”

In other campaign developments, Interior Minister Arye Deri told a rally of his strictly Orthodox Sephardic Shas party that it should support a Likud government because Likud is “less anti-religious than the Left.”

Some observers believe Deri is under pressure from Rabbi Eliezer Schach, the strictly Orthodox Ashkenazic leader from Bnei Brak, to commit Shas in advance of the election not to form an alliance with Labor.

Schach himself addressed a mass rally of the combined strictly Orthodox United Torah Front in Tel Aviv Wednesday night. He lambasted secular Jews but was careful not to renew his attack on Sephardic religious leaders whom he branded “immature” last week.

Schach said Israel’s true vocation was to build more yeshivas. Building “more factories and more armies” was pointless because the Arabs would soon overtake the Jews demographically anyway, he said.

Agudat Yisrael’s veteran Knesset member Menachem Porush told him no dice when he was in Cairo this week at Mubarak’s invitation.

Interviewed by the Jewish Telegraphic Agency after he landed, Porush said he explained to Mubarak why the United Torah Front of which Agudah is a part would “not lend our hand to a Labor-led government.”

Labor has taken “anti-Orthodox postures” and such a coalition would embrace the leftist Meretz party which is even worse, Porush told the Jewish Telegraphic Agency.

He said he also stressed to Mubarak that Israel could never make territorial concessions because it is forbidden by the Torah and violated the Balfour Declaration.

Yosef, who is spiritual leader of the Shas party, which is as strictly Orthodox as the Agudah, maintains that the Torah allows territorial concessions if the object is to make peace and save lives.