U.S. Women Are Stoned at Prayers at the Wall 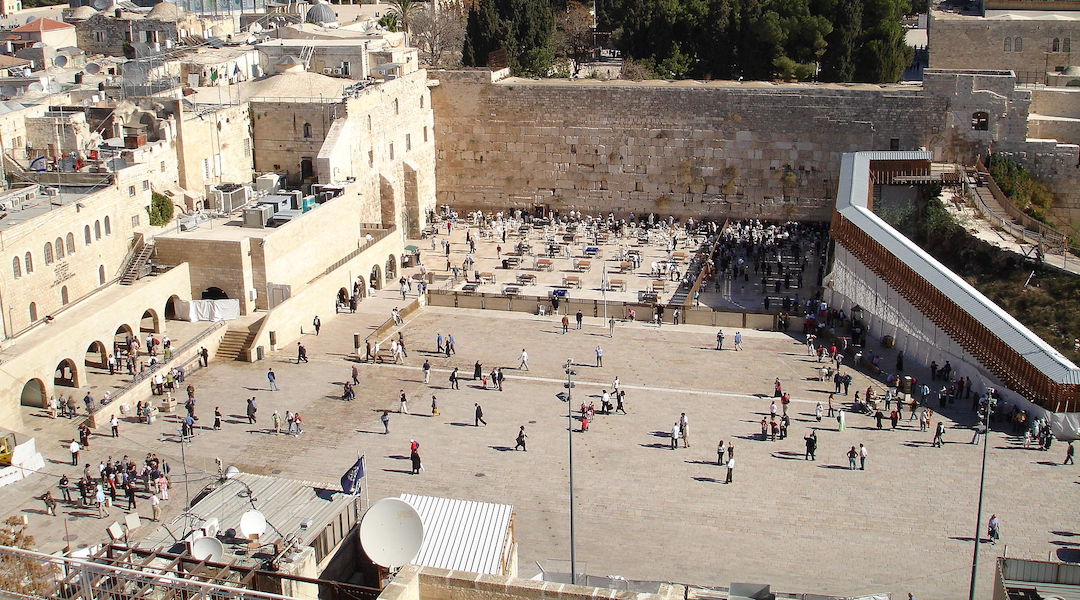 A group of American Hadassah board members was stoned by some Orthodox worshipers after trying to pray at the Western Wall with a Torah and later were escorted away by police.

The women decided to go to the Wall last Thursday, the day after the Supreme Court rejected a petition by an Israeli women’s group seeking to pray aloud at the Wall with a Torah and prayer shawls.

The Hadassah women said they had not heard about the court decision. One of them wore a prayer shawl and a yarmulke, while a Torah they brought stayed wrapped in a prayer shawl on a table, said Barbara Goldstein, a vice president of Hadassah.

According to Goldstein, some of the ardently Orthodox women at the Wall began throwing stones and dirt and spitting at the Hadassah women, while both men and women cursed them. Ultimately, the women were led away by police and guards from the Religious Affairs Ministry.

Ze’ev Rosenberg, director general of the Ministry of Religious Affairs, first charged the women were in “contempt of court.” But when told the women said they had not heard of the court’s decision, he was surprised and referred to their action as a mistake.

The Hadassah “women can pray there, but they must pray according to the rules and customs” at the Wall, he said.

Those customs call for women to pray silently in the women’s section, without prayer shawls or Torah.

“If they want to do it at home, no one will say anything,” said Rosenberg. “But this is not the way to behave” in a place where “99 percent of the Jews come” to pray in a traditional way.

“Everyone understands, even non-Jews,” he said, “that all men need a kipah (yarmulke)” to pray in the men’s section, even though Reform Jews don’t wear them in their synagogues.

Meanwhile, said Goldstein, “we were looking for a spiritual experience and had no idea the court had issued anything.”

She called it a “crazy thing” to come to Israel and be barred “from fulfilling the very thing you come to fulfill, the highest expression of Judaism.”

“I may understand it, but that doesn’t excuse it,” said Goldstein.

She said the issue will be takes up to by the board of Hadassah, which includes women from all streams of Judaism and is based on religious pluralism. She said it was likely the organization would move to forge closer or ties with Israeli women’s groups.

Deputy Foreign Minister Yossi Beilin told the group that he regretted the incident. He said the government has long focused exclusively on national security and not paid enough attention to important social issues such as pluralism and tolerance.

Meanwhile, in its ruling, the Supreme Court called on the government to establish a commission to investigate ways to balance freedom of access to the Wall with the sensitivities of all worshipers.