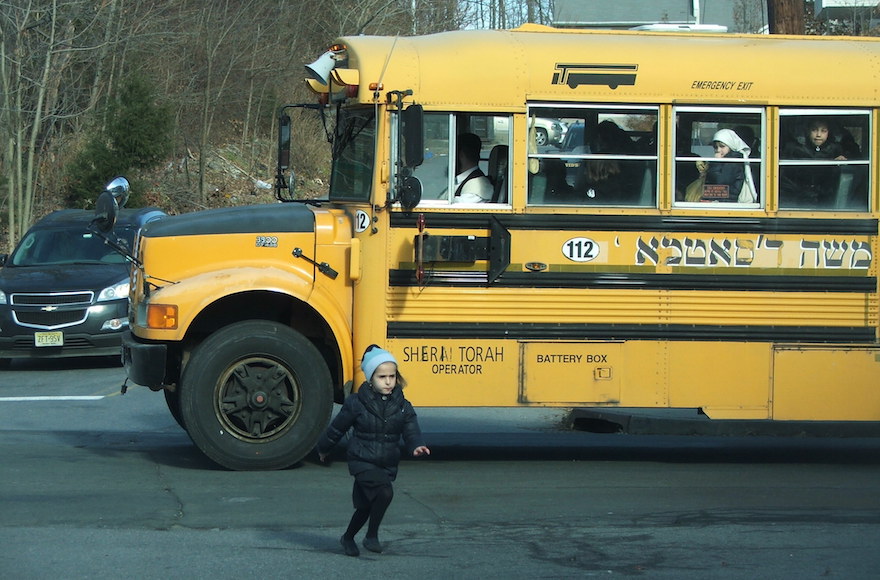 While Orthodox Jewish groups are expressing disappointment with the Supreme Court’s 6-3 decision Monday to close the Kiryas Joel school for disabled Chasidic children, many mainstream Jewish organizations are praising the court for fortifying the wall separating church and state.

Across the board, all Jewish groups wasted little time either celebrating or condemning the decision.

Instead, they were focusing their energies on finding a way to educate the 200 disabled students from Kiryas Joel, an Orange County enclave about 40 miles northwest of New York City.

The ruling upheld a 1993 New York State Court of Appeals decision that the school district violated the constitutional guarantee of separation between church and state.

The district was formed in 1989 by decree of the New York State Legislature, which was responding to the concerns of Chasidic parents who believed they could not send their disabled children to religious schools in the area because of inadequate facilities, or to public schools because of religious and cultural differences.

The Kiryas Joel school serves about 200 students, almost all Satmar Chasidim, with an annual budget of $6 million. It had remained open pending the decision of the Supreme Court.

‘BACK AT THE DRAWING BOARD’

According to the Supreme Court’s decision, the school could reopen as an offshoot of the Monroe-Woodbury School District in separate buildings at district headquarters or even near one of the yeshivas in the town of Kiryas Joel.

The Agudah’s general counsel, David Zwiebel, said the decision leaves the families “back at the drawing board.”

“The immediate result is that there are 200 children whose educational needs now need to be considered,” said Zwiebel, whose Orthodox group had filed a friend-of-the court brief supporting the school district.

Cohen called upon the Jewish community as a whole to come together to pressure the school district to find a quick solution so the school does not have to close altogether.

Aside from Orthodox groups, however, most Jewish organizations applauded the Supreme Court ruling.

Rabbi David Saperstein, director of the Religious Action Center of Reform Judaism, which is an ardent supporter of church-state separation, called the decision an “enormous relief.”

“I’m delighted to see this ruling, but we must now come together to accommodate these children,” Saperstein said.

Kenneth Bandler, spokesman for the National Jewish Community Relations Advisory Council, echoed the call to find appropriate educational services for the Chasidic students in a way that does not violate the separation of church and state.

“Our view all along was that Kiryas Joel was a core violation of the Establishment Clause” of the First Amendment, which prevents the government from becoming involved in religious practices, said Bandler, whose group had filed a separate brief in the case.