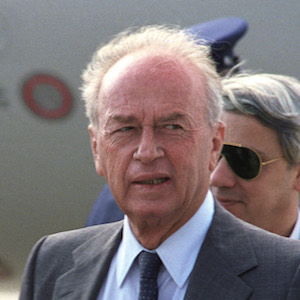 The chief rabbi of the Czech Republic ignited a controversy recently with reported remarks about the slaying of Prime Minister Yitzhak Rabin.

“We buried an old man who was murdered by a plumber over money,” Rabbi Karol Sidon was quoted saying in the English-language weekly The Prague Post.

“The student who killed Rabin had a better reason,” he said, referring to Yigal Amir, Rabin’s confessed assassin.

In its Nov. 15 issue, The Prague Post published a letter in which a reader from Israel said that “to term one murder as `not as senseless’ as another and to ascribe it to a `better reason’ is the very last thing one would expect from a rabbi.”

In the same issue, the newspaper published a letter from Sidon in which he emphasized that he did not agree with the Rabin assassination and that the newspaper had misrepresented his statements.

Sidon was among members of the local Jewish community and government officials who paid tribute to Rabin at a Dec. 4 ceremony here.

The Prague Post stood by the accuracy of its story.