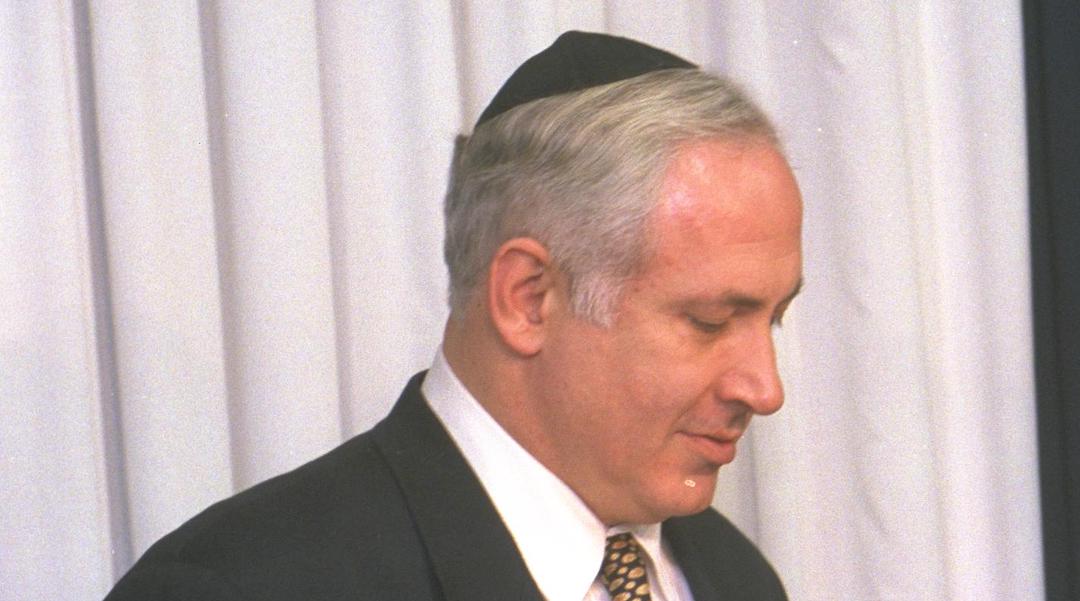 The answers to all of life’s questions can be found in Torah, say many Orthodox Jews, and if some Orthodox Israeli rabbis are right, then the Torah also predicted that Benjamin Netanyahu would best Shimon Peres to become Israel’s new prime minister.

According to a bit of election-time lore rapidly making its way among the Internet’s vast network of computer users, some Orthodox rabbis sat down shortly before the May 29 elections to employ a fortune-telling technique known as “Goral haGrah,” which was attributed to the late 18th century Talmudic scholar known as the Vilna Gaon.

Finally, the rabbi doing the actual fortune-telling puts his finger down on a random place on the page of Torah, and whatever line he’s touching is said to predict the future.

In this case the sentence was Genesis 42:36, which relates Ya’acov grieving for his children, saying “Yosef is not, Shimon is not, and bring Binyamin to me.”

Orthodox interpreters say that Yosef refers to Yossi Sarid, head of the Meretz Party, the Labor Party coalition member whose ardently anti-religious views are believed to have been partly responsible for the almost unanimous Orthodox support for Netanyahu.

As is usually the case in biblical interpretation, however, the Hebrew wording of the sentence in question leaves a bit of a loophole.

The word “Tikachu,” which is being interpreted as “bring” Binyamin, can also be read that Binyamin is being taken away, which is how the English wording in the Bible edited by J.H. Hertz translates it.