Behind the Headlines: Can Dole Woo Jewish Voters? Convention Could Be First Step 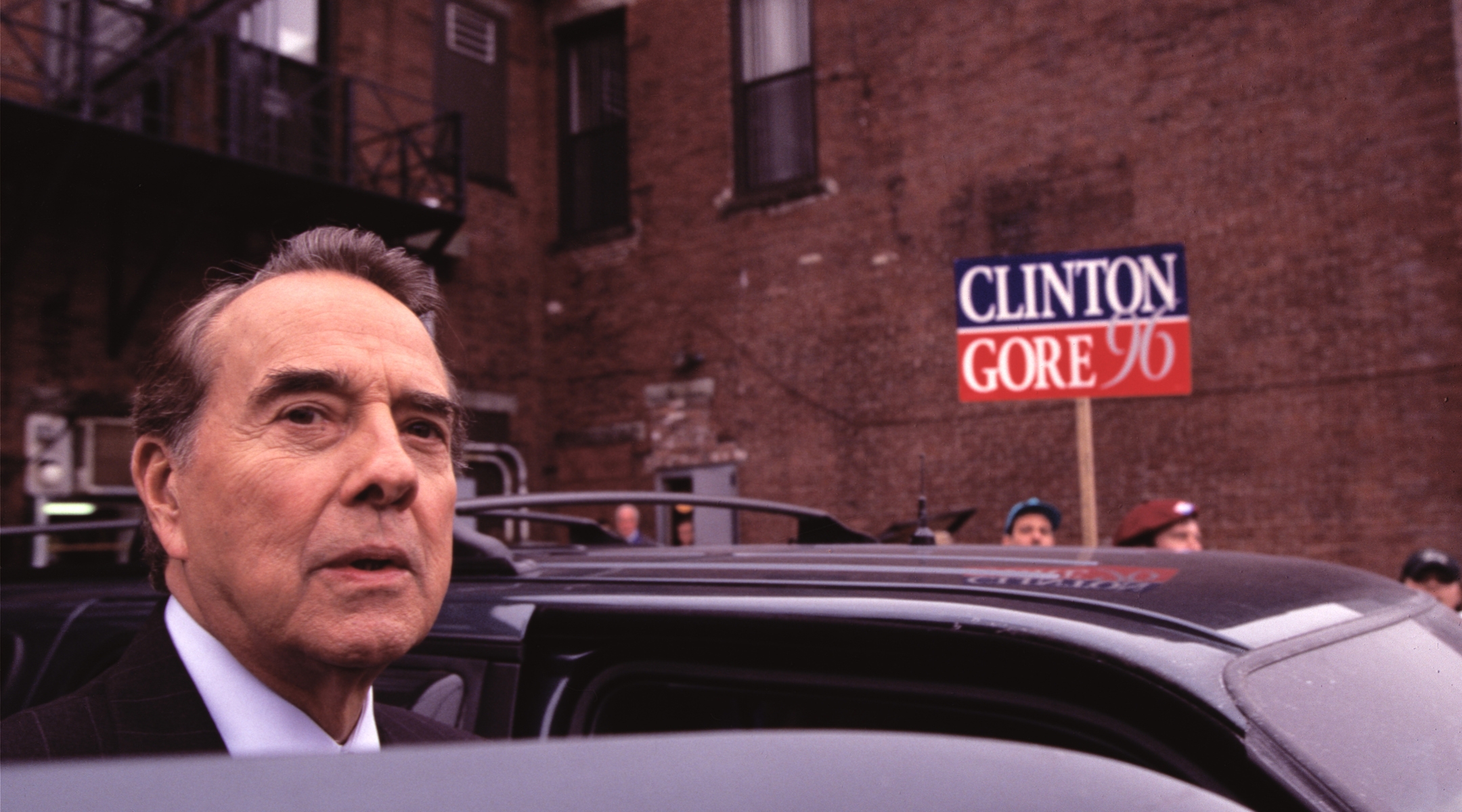 Can Bob Dole win the race for the White House without increasing his support among American Jews?

Definitely not, according to an official with the Republican’s presidential campaign.

“Bob Dole cannot win in November unless he makes significant inroads into President Clinton’s Jewish support at the polls,” said the official, who asked not to be named.

No one expects that the majority of American Jews, a traditionally solid base of Democratic support, will switch allegiance come Election Day.

But Jewish Republicans are looking for a comeback from the last presidential election, when Clinton garnered about 80 percent of the Jewish vote.

They believe that if the race tightens — as they hope it will — Jewish support for Dole could provide the necessary margin of victory in several swing states.

But the rise or fall of Dole’s candidacy, say campaign officials, hinges on the GOP’s performance next week in San Diego, the site of the Republicans’ weeklong nominating convention.

Party officials have carefully orchestrated four days of sessions to aid Dole’s quest to win support from independents, party moderates and swing voters — all groups that include many American Jews and that are crucial to his election hopes.

The plan is to avoid the “trap” of the Republicans’ 1992 Houston convention, which began the unraveling of moderate support for President Bush, said Matt Brooks, executive director of the National Jewish Coalition, a Republican Jewish group.

Four years ago, Patrick Buchanan and the right wing of the party appeared to dominate the GOP’s message. Amid calls for a “religious war,” an attack on feminism and enthusiastic support for a constitutional ban on abortions, many moderates, including Jewish voters, deserted the party.

This year, “the convention will shun Pat Buchanan and celebrate diversity in the party,” said Brooks, whose group will spearhead Jewish events at the convention, including special briefings and receptions.

In addition, the Republican platform will reach out to abortion rights advocates by including some expression of tolerance for those who do not believe that the government should forbid abortions in all cases, including rape and incest.

For Republican and undecided Jewish voters, this strategy could prove crucial.

Buchanan had a “devastating effect on Jewish voters in 1992,” said A. Mark Neuman, a Dole supporter and former Reagan White House official.

The way Dole has handled Buchanan this year “is a big plus for Dole’s appeal to the Jewish community,” he said, referring to Dole’s decision to exclude the former presidential hopeful from the convention stage.

After the convention, Dole is expected to woo Jewish voters directly through his “Jewish Americans for Dole Coalition.”

At least one-third of the members of Dole’s finance committee are American Jews active in Republican politics. Headed by veteran Jewish communal leader Max Fisher of Detroit, the committee has already raised millions for Dole’s election, according to a campaign official involved in fund raising.

Jewish issues inside the campaign could also benefit from the sensitive ear of Wayne Berman, who will head the vice presidential nominee’s campaign.

Republicans say Dole needs to almost double the Jewish support that George Bush received in 1992 to win states crucial to his election strategy.

“We will win or lose the election in Pennsylvania, New Jersey, Ohio, Michigan and Illinois,” said a Dole campaign official. “All levels of the campaign are aware these states have significant Jewish populations.”

For Dole’s backers, New Jersey highlights the importance the Jewish vote can play.

Clinton won electorally rich New Jersey in 1992 with a margin widely attributed to the Jewish support he received at the ballot box. If Dole can close the gap in the polls, the choice of Jewish voters — Jews make up 5.5 percent of the state’s total population, according to the American Jewish Year Book — could provide the margin of victory to either candidate.

Although Jewish support for the Democratic presidential candidate reached near record numbers in 1992, Jews identifying themselves as Republicans continue to increase.

“When the National Jewish Coalition was founded, we could fit all the Jewish Republicans in a telephone booth,” said Sam Fox, national co-chairman of Dole’s finance committee and an honorary chairman of the NJC. “Now we need at least a small conference hall.”

Still, campaign officials acknowledge they have a tough road ahead.

“We have no delusions. Clinton is well-liked in the Jewish community,” a Dole campaign official said, echoing the sentiments of many Jewish Republicans.

So among Jews, who continue to participate in the political process in large numbers, the race will come down to the issues of the day, Jewish Republicans predict.

Mirroring the Republican Party faithful, Dole’s Jewish supporters diverge on the issues they believe will capture the electorate, including the Jewish vote.

For Fox, it’s the economy.

“When it’s all boiled down, the economy is what the voters are going to look at,” Fox said. “And hands down, more and more people, being Jewish or otherwise, will vote for Dole.”

“Lower taxes are important regardless of ethnic background,” he said, referring to Dole’s economic plan released this week that calls for an across-the-board 15 percent tax cut and includes many other tax-saving incentives.

Others believe that Dole can attract Jewish support through his support for increased defense spending.

“If Dole wins, the United States will build a missile defense system. And one of the primary beneficiaries will be Israel,” said Douglas Feith, chairman of Dole’s Middle East policy group.

“This is of such overriding importance it would be reason enough for one concerned about Israel’s security to support Dole,” said Feith, who served as a deputy assistant secretary of defense in the Reagan administration.

Dole plans to tout the importance of the U.S.-Israel relationship in his outreach to Jews, but he will also have to overcome a mixed record on the Jewish state.

Advisers say Dole would have warm relations with Israeli Prime Minister Benjamin Netanyahu, some of whose economic and foreign policy ideologies closely mirror those of the Republicans.

Although Dole called in 1990 for a cut in Israel’s foreign aid and lambasted congressional efforts to move the U.S. Embassy in Israel, he has embraced issues championed by the pro-Israel community in more recent years.

Before leaving the Senate, Dole last year led the effort to pass legislation recognizing Jerusalem as Israel’s capital and calling for the State Department to move the U.S. Embassy from Tel Aviv to Jerusalem.

On the domestic front, issues such as his opposition to racial quotas and support for school-choice programs could win support from segments of the American Jewish electorate.

Dole could also make inroads in the Orthodox community, which tends to support Republican candidates in higher numbers than the non-Orthodox and secular segments of the Jewish community.

“Dole’s message will resonate in the Jewish community as it does with the rest of America,” Brooks said. “After the convention, there won’t be a dead heat, but we’ll be on our way.”