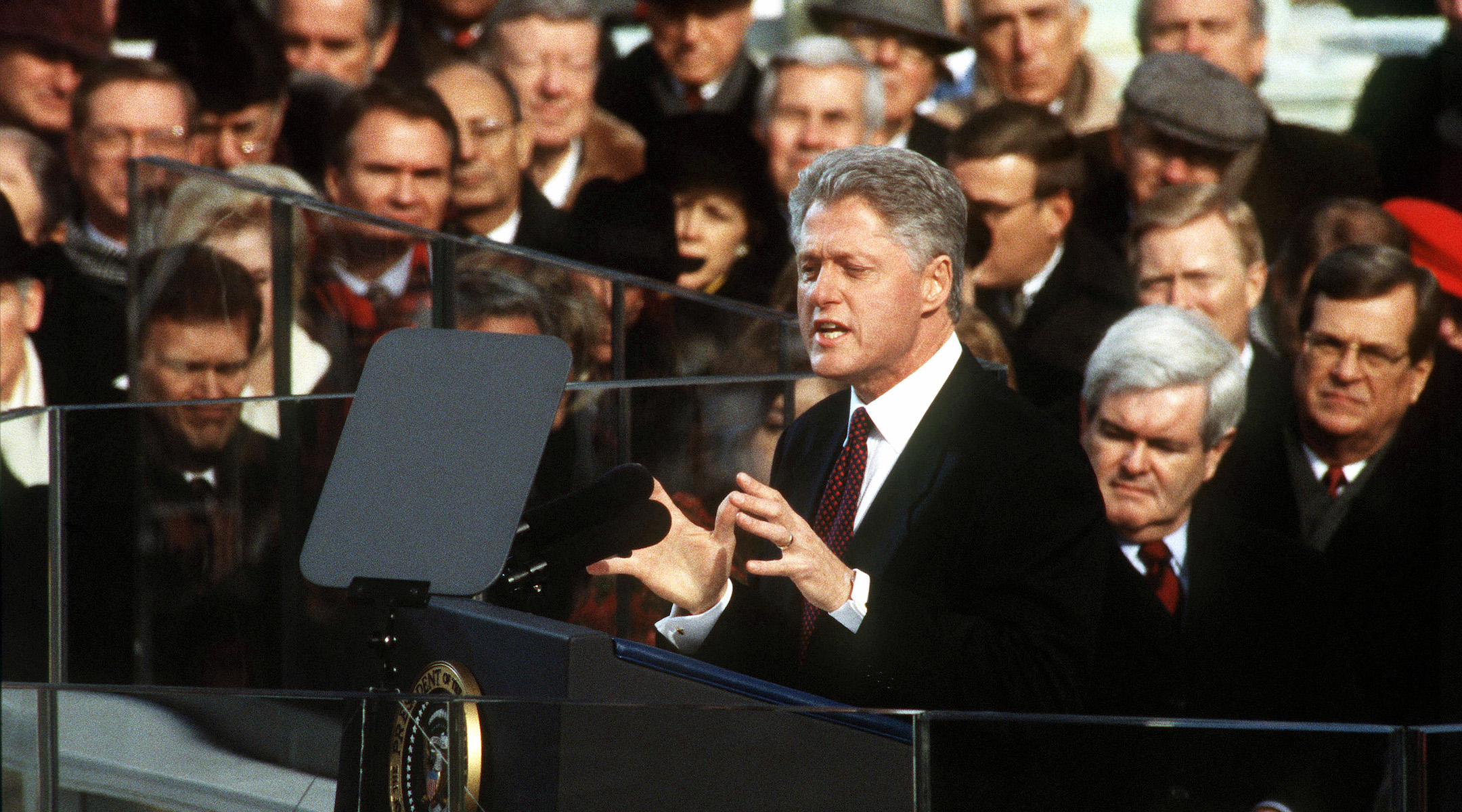 Many of the “firsts” surrounding President Clinton’s inauguration next week are likely to take on special significance for Jewish visitors to the three-day celebrations.

For the first time in the history of inaugurations, a vendor will sell kosher food on the National Mall.

The Center City Cafe, which just opened in the newly renovated District of Columbia Jewish Community Center, will take their food down the road to serve bagels, lox and cream cheese as well as hummus and salad pita sandwiches during the parade Monday, after Clinton’s swearing-in.

The cafe’s booth will fall somewhere on the spectrum between the “Southern cuisine and California nouveau” promoted by planners. Officials were still trying to craft a kosher food option for the hors d’oeuvres served at the inaugural balls.

Another first will be the use of the U.S. Memorial Holocaust Museum as an official inaugural site. As part of the festivities, called collectively “An American Journey,” speakers at the museum will present “Visions of the 21st Century.”

As Elmo and musical acts such as Little Feat and Chaka Khan entertain a couple of blocks away, speakers such as Nobel laureate Elie Wiesel will discuss peace and security, racism and tolerance, and liberty and justice. The inaugural committee will only stage programs at the museum Sunday. Other pavilions will entertain for the entire weekend.

While planners are keeping the Sunday night gala program close to the vest, officials say musicians will use a segment about Ellis Island to launch a series of musical tributes to America’s diversity.

For all the firsts, there will be one last.

The Clinton-Gore Jewish Leadership Council will hold its last hurrah Sunday morning to honor members of the administration. The council is closing up shop because its purpose was to re-elect the president.

But its members will remain Clinton activists.

When all the dust is settled from the swearing-in ceremony and the smoke clears from the fireworks, the partying Monday night will begin at more than one dozen inaugural balls across Washington.

In addition to the Jewish Leadership Council and other Jewish Democratic contributors, the members of the Conference of Presidents of Major American Jewish Organizations, all of whom received invitations, willing to fork over $150 per person will dance in the same room as the president and first lady.