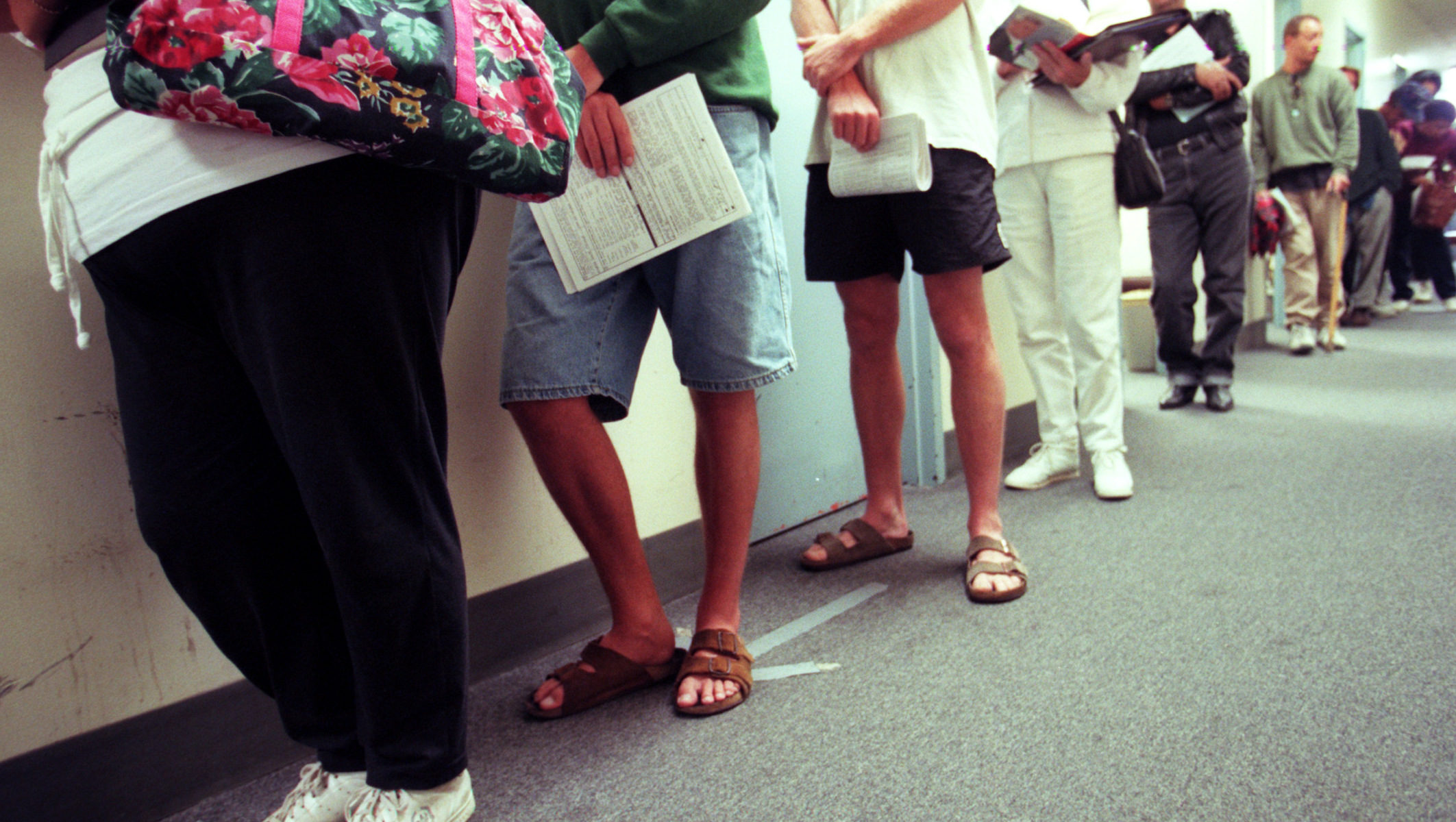 Elizabetta Kostoveskaya is paralyzed from a stroke and suffering from Alzheimer’s, homebound in a subsidized apartment run by the Council for Jewish Elderly in Chicago.

Since her emigration from Kiev in 1992, the 84-year-old has relied on government assistance, which she was entitled to for five years as a refugee.

But those five years were up in February, and new laws dictate that she be cut off from food stamps and a host of other benefits she depends on for survival.

Kostoveskaya is far from alone.

Legal immigrants who are not citizens, including an estimated 30,000 to 40,000 Jews, will begin this month to feel the anticipated but dreaded federally mandated cuts in benefits that are their lifeline.

These cuts are the parts of last year’s welfare reform that President Clinton himself singled out as harsh even as he signed it.

At the time, he pledged to correct the most onerous provisions, but many immigrants are certain to endure suffering and hardship before the president’s or any other proposed corrections could take effect.

As of April 1, non-citizen immigrants no longer are eligible to receive food stamps. On Aug. 1, they will begin to be cut off from Supplemental Security Income, an average of $500 and $600 monthly, which recipients spend mostly on housing.

Anticipation of these blows has triggered a rush of applications for citizenship. But some of the most frail and disabled will fall through the cracks because they are not be able to perform the most minimal naturalization requirements.

Ostensibly, a new budget plan could ameliorate the harsh impact of the law, but it would not be implemented until the fall, at the earliest.

Experts say the budget is likely to reflect some compromise between the roughly $14.5 billion in changes the president has proposed and other plans now circulating on Capitol Hill.

Technically, congressional leadership could decide to act sooner, by approving a supplemental appropriation in the current budget aimed at immigrant relief.

And some states have initiated some “fixes” to offset the loss of food stamps and SSI. But when such aid could be made available depends on each state’s budget cycles.

Given all the uncertainty, immigrants and their advocates are taking nothing for granted. They are up in arms and trying to stave off the worst.

The Union of Councils of Soviet Jews and the American Association of Jews from the Former Soviet Union are planning a big protest April 14 on Capitol Hill. They are hoping to bring thousands of immigrants from across the country to demonstrate their fears and concerns.

“All the immigrants are very grateful to the United States” for providing them a home, but “we’re very worried about the situation in the welfare bill depriving them of social benefits,” said Leonid Stonov.

Stonov, the president of the American Association, left Moscow with his family in 1990, 11 years after he applied to emigrate and was labeled a refusenik.

Stonov, a biologist in Moscow, and his wife are U.S. citizens. But his 93-year- old mother does not know English and he does not believe that she would be able to take the citizenship test. She has already received notice that her SSI benefits will be terminated in August, her son said.

He also worries about the loss of benefits to other “old people,” most of whom are “veterans of the Second World War or are victims of the Nazis’ or Stalin’s concentration camps.”

For its part, the Council of Jewish Federations has scheduled a leadership mission April 16 to lobby the administration and Congress to remedy the harsh measures.

“This is a national tragedy in the making,” said Pamela Seubert, director of government programs for the Jewish Federation of Metropolitan Chicago.

“Those who supported welfare reform never envisioned that we would break the social contract with those who played by the rules,” she said.

“When we discuss welfare-to-work, we’re not talking the elderly and disabled,” she said.

“As a feature of welfare reform,” this makes no sense, she said.

Vast numbers of Jews entered the United States as refugees, especially from the former Soviet Union.

Refugees are not affected by the new law, and remain eligible for five years for SSI, food stamps and a host of other benefits. But after five years, they lose the benefits unless they become citizens or meet other exemptions, such as proof of work for 40 annual quarters.

Such immigrant cutoffs are illogical on their face, said Gary Rubin, public policy director of the New York Association for New Americans.

“These are people who came here in their later years and had no opportunity to build up pensions and other benefits” for their old age.

“Nobody expects this population to be self-supporting,” he said.

And if these people lose their benefits, it will be “impossible” for the Jewish community or anyone else to pick up the slack.

The organized Jewish community is therefore concentrating its efforts on trying to soften the blows of the budget ax at the federal and state level, said Diana Aviv, director of the CJF office in Washington.

Monetarily, she said, “the communities can’t make up the difference. This is one of the severest shudders the community has suffered in decades.”

The CJF, the Hebrew Immigrant Aid Society and other immigrant advocacy organizations are also pushing hard to get as many people naturalized as possible.

But they say backlogs caused by frantic immigrants means gaps of many months between the application for citizenship and naturalization, and these are months when benefits will be suspended.

Aviv said the CJF has applied for a $2.5 million grant to the Open Society Institute established by philanthropist George Soros to help local federations naturalize immigrants, adding to the pot already targeted by some federations for this purpose.

HIAS also has “ratcheted up its efforts” with new yearlong regional programs to train hundreds of people so they can return to their communities and naturalize people, said Mark Seal, the group’s associate executive vice president.

Beyond those whose refugee exemption is set to expire, these initiatives are targeting legal immigrants who have been here for years but suddenly are poised to lose their benefits unless they naturalize.

For those too frail or disabled to take the citizenship test, the Immigration and Naturalization Service issued a ruling a few weeks ago spelling out certain waivers.

Seubert and Seal both said the waivers help by allowing some people, depending on individual circumstances, to bypass certain portions of the test or take it in their native language.

But they said one exemption is especially problematic. This exemption allows some people to become citizens merely by taking “a meaningful oath,” but it will not help some of the worst hardship cases. Such immigrants must understand what they are pledging, which rules out people with dementia or Alzheimer’s, they said.

Such an oath cannot possibly be taken by Kostoveskaya in Chicago, for instance. She already has received a letter warning of a cutoff in her SSI benefits, which total $480 a month. She also is losing her food stamps of $17 a month.

Kostoveskaya’s daughter and son-in-law, also non-citizen immigrants slated to lose their federal benefits, recognize that their mother cannot become a citizen and don’t know how they will care for her.

“She can no longer speak Russian, let alone English,” said her daughter, Rosa Kostoveskaya. “What am I going to do with her? Should I drive her to Washington and leave her on the steps of the White House?”