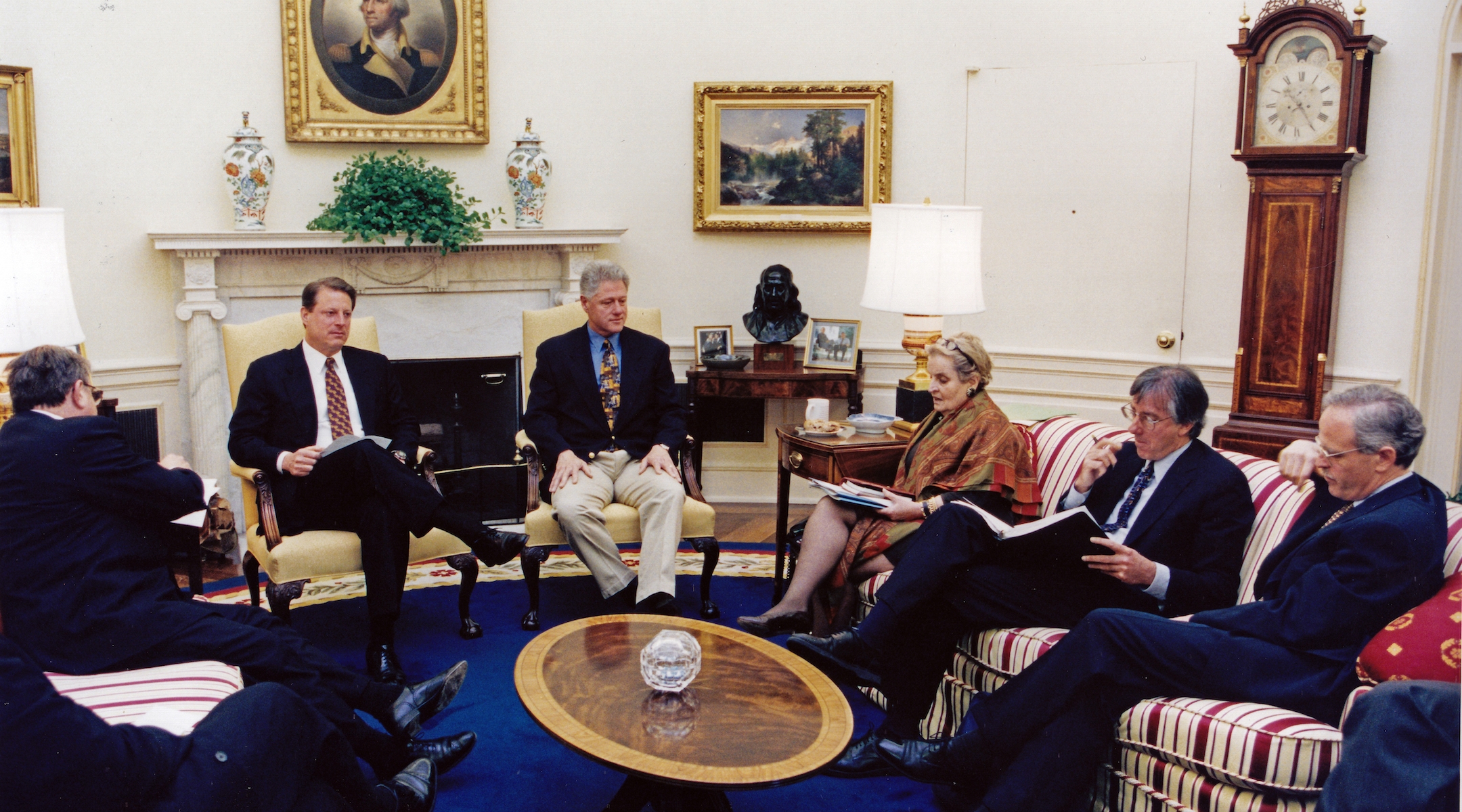 Israel and the United States are taking steps to avert an open confrontation over the peace process.

Vice President Al Gore said Monday that Israel has the right to determine its own peace and security. His remarks to the United Jewish Appeal’s Young Leadership Conference in Washington echoed those of U.S. Middle East envoy Dennis Ross, who said he is going to Israel later this week to “finalize” American ideas to revive dormant Israeli-Palestinian peace talks.

In his address to the UJA conference, Ross stressed that there would not be any imposed solution.

The U.S. officials’ comments came as an aide to Israeli Prime Minister Benjamin Netanyahu said Israel had “no desire for confrontation” with the United States. David Bar-Illan made the comment a day after the Israeli Cabinet rejected a reported American proposal for breaking the deadlocked Israeli-Palestinian negotiations.

The U.S. plan has not been publicly announced, but its contents have been the subject of media reports for several months: a phased further redeployment of Israeli troops from some 13 percent of the West Bank in return for specific Palestinian steps on security.

U.S. officials have threatened to publicly criticize either side that rejects the proposal, according to the reports.

In a statement issued after the weekly Cabinet session Sunday, Israel said the reported American proposal was “unacceptable” and “damaging to the security interests” of the Jewish state.

Among the ministers rejecting the reported American plan were those considered relative moderates, such as Public Security Minister Avigdor Kahalani of the Third Way Party.

Ministers have stated in the past that they would not agree to a redeployment of more than 9 percent.

Cabinet Secretary Danny Naveh told reporters after the Cabinet meeting that Israel alone would “determine the security requirements and scope of the redeployment.”

Netanyahu called President Clinton twice over the weekend in an attempt to persuade him not to go public with the U.S. proposal, according to Israeli media reports.

Their conversations took place as U.S. Middle East envoy Dennis Ross is scheduled to visit the region later this week.

Senior Israeli officials were quoted as saying that Clinton and Netanyahu agreed that no American proposal would be presented during Ross’ visit.