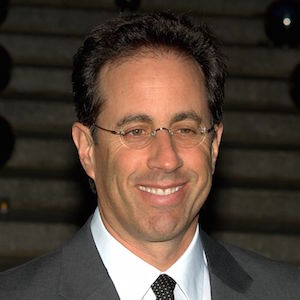 When 13-year-old Eyal Bir spent most of last year at an Israeli hospital for treatment of acute leukemia, the ordeal was brightened by regularly watching the “Seinfeld” show.

So when the Make-A-Wish Foundation, which fulfills the requests of children with life-threatening illnesses, asked Eyal for his biggest wish, the answer was easy: to meet Jerry Seinfeld and watch him tape a show.

Accompanied by his parents and a sister, he watched for more than three hours as the cast taped one of its last shows on the tightly guarded set at the CBS- TV studio.

The climax came when Seinfeld himself walked over to the Bir family for a brief chat.

“It was great, I actually got to meet Jerry,” Eyal said later. “I told him how much people in Israel liked his show and gave him a T-shirt which said, `I Met Eyal Bir’ in front and `Jerry’ on the back.”

Seinfeld, in turn, marveled that Israelis spoke such accent-free English, explained by the fact that Bir’s parents, Leo and Nettie, are both native New Yorkers who moved to Israel in 1975.

The Make-A-Wish Foundation in Israel, which scored a coup last summer when it arranged a meeting between young Yoni Dotan and President Clinton, almost despaired at the even tougher assignment of lining up Seinfeld.

However, by pulling the right Hollywood strings, Lori Schaefer Bacher, the organization’s Israel coordinator, got the green light two days before the taping.

She notified the Bir family, then visiting relatives in New Jersey, and the following day they were on their way to Los Angeles.

They were picked up at the airport by a limousine, housed in a luxury hotel and even got to visit Disneyland, said Leo Bir, a dentist in Rehovot, which is near Tel Aviv.

Make-A-Wish is an international volunteer organization, active in 14 countries. The Israel branch, known as Mishalat Lev and founded one year ago, has fulfilled the requests of 43 children during that period, Bacher said.