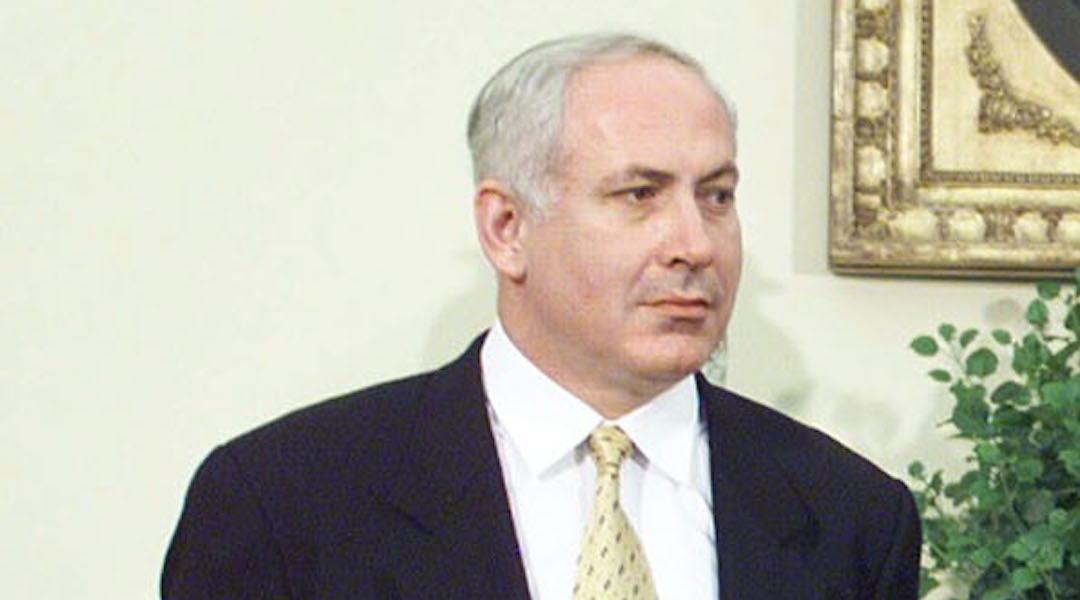 Israeli Prime Minister Benjamin Netanyahu is thinking of adding a far-right party to his governing coalition.

The premier confirmed during a press briefing Tuesday that he is engaged in talks with the Moledet Party with that goal in mind.

The Moledet platform states that the “proven antidote to the demographic situation is the transfer of Arabs to Arab countries as a goal of any negotiations aimed at solving the Israeli-Arab dispute over the land of Israel.”

Netanyahu said Moledet, which means “homeland,” had agreed to “accept the guidelines of the Israeli government, which also includes clear statements on the peace process,” before the talks began.

However if it joined the coalition, Moledet could complicate efforts to push any further redeployment from the West Bank through the Cabinet.

But at the same time, the party, which has abstained or voted against the government in the past, could strengthen the government’s ability to fend off no-confidence votes from the opposition.

“We haven’t yet agreed on anything concrete. There are still some political differences to resolve, but there is a good chance for success.”

Opposition members questioned how Netanyahu could try to break a deadlock in Israel-Arab peace negotiations while bringing in the most extreme far-right party on the Israeli political spectrum.

During the press briefing, Netanyahu also spoke about settler plans to establish a presence at Har Homa, the controversial new Jewish neighborhood in southeastern Jerusalem, on April 30, Israel’s Independence Day.

Looking concerned, Netanyahu was unclear regarding how he would respond, adding that he hoped the settlers’ plan was “hypothetical.”

Netanyahu also used the briefing to discuss Israel’s diverse and often sharply divided society prior to the Independence Day celebrations.

Some of the founders of modern Israel, said Netanyahu, “believed that we should have one blueprint of one Israeli, cut from one cloth.”

“It turns out that the Israeli reality is far more sober, more balanced, and ultimately more truthful and more accurately reflecting the real life of the people of Israel,” he said. “We have Sephardim and Ashkenazim, religious and secular, new immigrants and old immigrants, a whole tapestry of the Jewish people.”

Netanyahu said the divisions in Israeli society — which have sharpened in recent years — are a “sign of a maturing society.”

“I believe that the problems that face us, including the completion of a secure peace around us, and the closing of the social gaps within us, are all within our reach.”