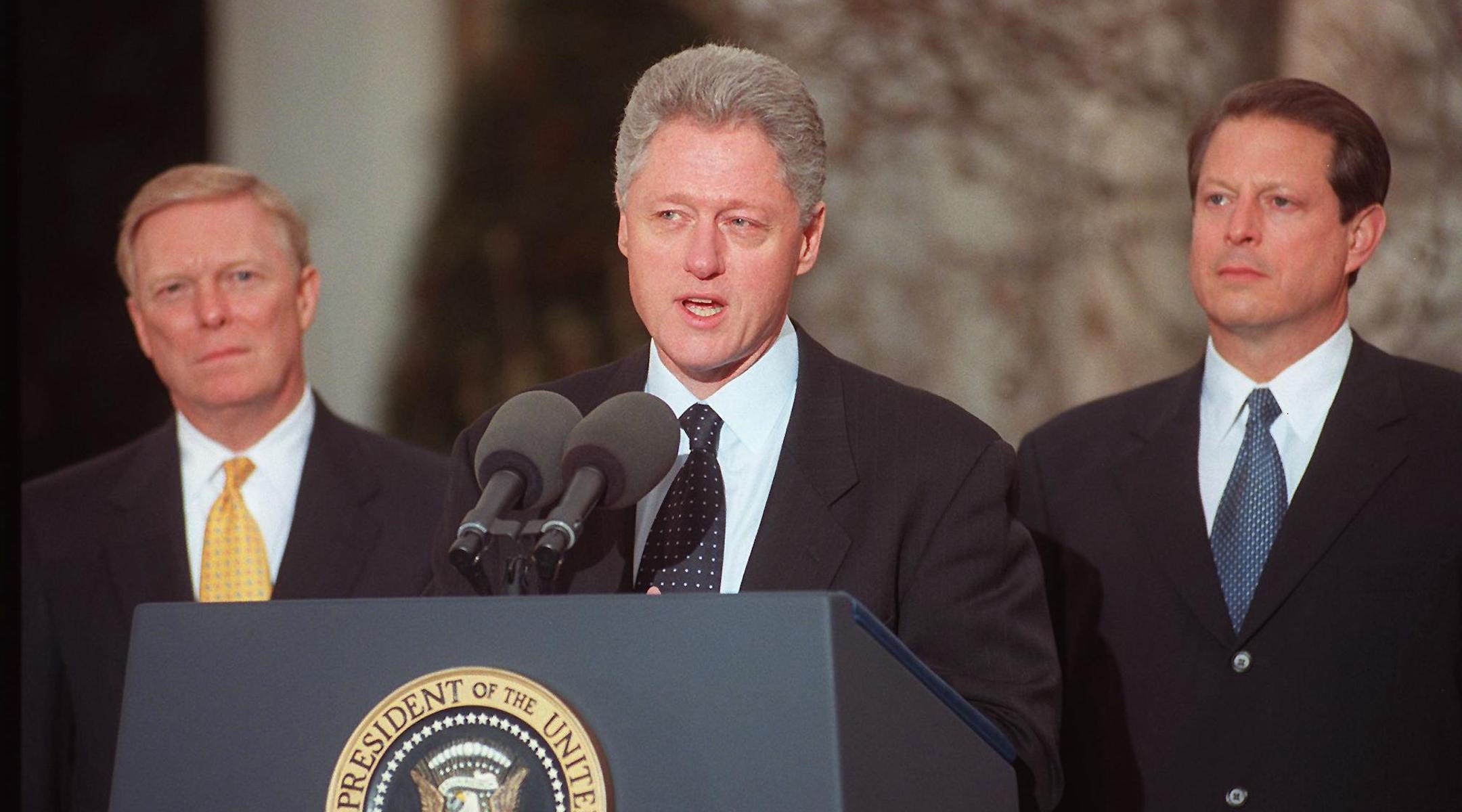 President Bill Clinton speaking after addresses the nation 19 December from the White House after the House of Representatives impeached him on charges of perjury and obstruction of justice in 1998. He's flanked by House Minority Leader Richard Gephardt, left, Clinton, and Vice President Al Gore. (George Bridges/AFP/Getty Images)
See Original Daily Bulletin From This Date
Advertisement

Like other members of the House of Representatives, Jewish legislators voted along party lines on the motions to impeach President Clinton.

The 21 Jewish Democrats in the House united with their party on Saturday to unanimously oppose all four impeachment articles against Clinton.

On the other side of the aisle, Rep. Benjamin Gilman (R-N.Y.) voted for the two articles that passed the House. Other Republican legislators voted against the other two articles, leading to their defeat.

In his last vote as a member of Congress, Rep. Jon Fox (R-Pa.), who was defeated for re-election, voted in favor of all four articles considered by the House.

Rep. Bernie Sanders, an independent from Vermont, voted against impeachment.