Behind the Headlines: Lessons of Holocaust Demand Action in Kosovo, Many Jews Say 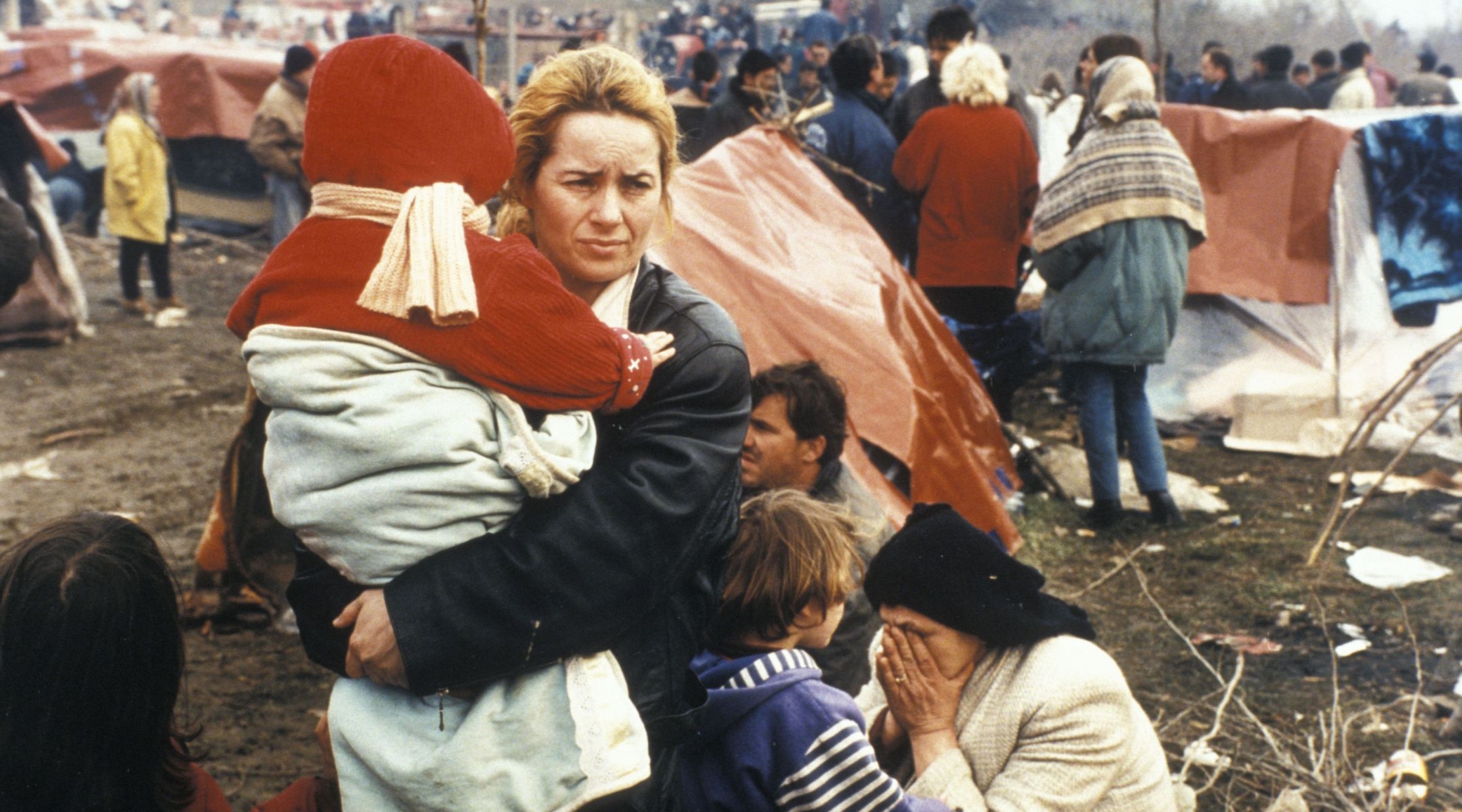 When President Clinton seized on the lessons of two world wars and the Holocaust as he made the case for U.S. military intervention in Kosovo, he was laying out an argument that many American Jews and Holocaust survivors would have been happy to have made for him.

Explaining the rationale behind the attack launched by the United States and its NATO allies aimed at forcing Yugoslav President Slobodan Milosevic to halt attacks on ethnic Albanians in Kosovo, Clinton invoked the appeasement of Hitler and the Allies failure to act sooner in World War II.

“Just imagine if leaders back then had acted wisely and early enough, how many lives could have been saved? How many Americans would not have had to die?” Clinton said in a nationally televised address on March 24, amid the first wave of bombings against Serb targets in Yugoslavia.

For American Jewish groups and Holocaust survivors, the moral imperative to end Serb atrocities against the ethnic Albanians is clear.

“We must come to the defense of defenseless victims,” Nobel laureate Elie Wiesel said in expressing his full support for the NATO action.

“We cannot allow people like Milosevic to go on killing men and women and children,” he said in a telephone interview. “We should have done it earlier, but it’s not too late.”

Although there can be no comparison between the atrocities committed by Serbia against ethnic Albanians and the Nazis’ systematic extermination of 6 million Jews, Holocaust survivors and scholars say the Jewish experience and the lessons of the Holocaust helps to shed light on what is at issue in Kosovo.

“I don’t like to compare anything to what we have been through, but if the world had reacted then the way we are reacting now, many tragedies would have been prevented,” Wiesel said.

Hyman Bookbinder, a longtime Jewish activist in Washington and a member of the Committee on Conscience of the U.S. Holocaust Memorial Museum, agreed.

“As Jews we dare not be indifferent to mass tortures like we’ve been seeing here,” he said.

For its part, the organized Jewish community has declared unwavering support for U.S. intervention in Kosovo.

The Jewish Council for Public Affairs, an umbrella group representing national Jewish organizations and local Jewish communities, expressed its hope that the action would pave the way for a diplomatic solution to the conflict and said it would urge local community relations councils to help build support for the action at the grass-roots level.

The Jewish War Veterans of America, never an organization to take lightly the commitment of U.S. troops abroad, expressed support for the air strikes but made clear it would oppose any commitment of ground forces into a “civil war in a sovereign nation.”

“We should get in and get out as soon as possible and we should have a firm exit strategy,” said Bob Zweiman, past national commander and international liaisons officer for the group.

Rabbi Marvin Hier, dean of the Simon Wiesenthal Center in Los Angeles, said that if Jews remain silent in the face of atrocities committed against other ethnic or religious populations, “we will lose all our credibility. Otherwise, people will say Jews only cry when Jewish blood is spilled.”

At least one Holocaust scholar feels that an important lesson of the Holocaust was being ignored as NATO carried out the biggest allied military assault in Europe since World War II.

Deborah Dwork, director of the Center for Holocaust Studies at Clark University in Worcester, Mass., said she was troubled that there had not been a greater response to the humanitarian needs of the tens of thousands of refugees on the borders of Kosovo.

Focusing solely on military action against the Serbs as a means of addressing the Kosovars’ plight, she said, was tantamount to the argument the Allies made in World War II that the best way to rescue Jews was to win the war.

“We don’t think so highly of that rationale,” Dwork said. In addition to the bombing campaign, she said there should be a simultaneous focus on humanitarian assistance because “I don’t know whether this military intervention will ameliorate the lot of those individual people.”

The Clinton administration, meanwhile, made clear that it was well acquainted with the lessons of World War II and the Holocaust, summoning images of Nazism and referring to “genocide in the heart of Europe.”

As Secretary of State Madeleine Albright emphasized in an interview on PBS’ “The Newshour With Jim Lehrer,” blood has been spilled before on the European continent because “free people did not understand well enough how to stop tyranny and evil and ethnic cleansing and genocide early enough.”

“We now have an opportunity,” said Albright, who discovered in 1997 that her grandparents died in the Holocaust, “to gather together the lessons of the 20th century and stop this before it totally spins out of control.”