Behind the Headlines: Presidential Aspirant Buchanan Attacked for ‘Aura of Anti-Semitism’ 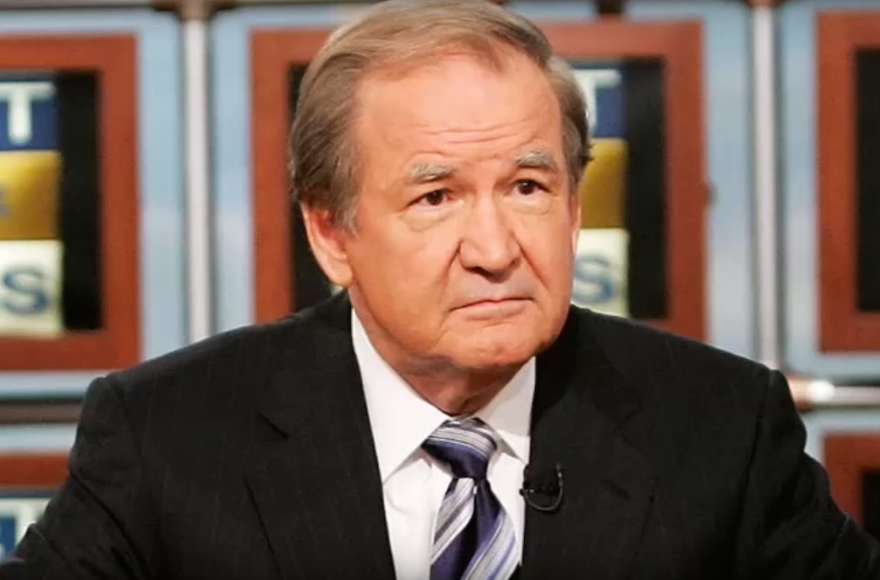 Patrick Buchanan, a repeat candidate for the U.S. presidency who has been accused of anti-Semitism by numerous columnists, politicians and Jewish organizations, is roiling Jews again.

The latest flap concerning Buchanan, who is expected to switch his allegiance from the Republican Party to the Reform Party, is over the politician- commentator’s newly published book, “A Republic, Not an Empire.”

A treatise on the candidate’s isolationist vision for foreign policy, the book questions whether the United States should have gone to war with Nazi Germany.

The book, which also criticizes Jewish and Israeli influences on U.S. foreign policy, comes after years of anti-Semitic and anti-Israel statements by Buchanan.

Jewish groups and Holocaust historians this week roundly repudiated Buchanan’s latest views, calling him a “revisionist historian” whose comments have the “aura of anti-Semitism.”

Among his most inflammatory comments in the past, Buchanan has called Adolf Hitler “a great man,” referred to Capitol Hill as “Israel’s occupied territory” and said that the only forces in favor of U.S. involvement in the Persian Gulf War were “the Israeli Defense Ministry and its amen corner in the United States,” referring to Jewish columnists and pro-Israel lobbyists.

Buchanan has also been criticized for defending admitted Nazi war criminals and denying that Jews were gassed at Treblinka. In 1996, it was revealed that Buchanan’s campaign co-chairman had ties to a white supremacist militia group.

Buchanan’s book cannot be interpreted as outright pro-German or pro-Nazi. Buchanan describes the Nazi regime as “authoritarian” and notes that Dachau began receiving prisoners as early as March 1933 and that “Jews were soon being subjected to ugly actions and discriminatory laws.”

Instead, Buchanan’s take seems to be that many governments are authoritarian and oppressive and that these traits do not mean the United States should always intervene.

He argues that Nazi Germany presented no threat to U.S. interests.

In addition to its criticism of taking on Nazi Germany, the book has numerous passages that many Jews will find troubling.

It defends the America First Committee of the 1930s and 1940s and its supporter, aviator Charles Lindbergh, who is generally described by historians as an anti-Semite and Nazi sympathizer.

In a discussion of “interest group” influence over foreign policy, Buchanan writes extensively about Jewish lobbying, saying that “the Israeli lobby is the most powerful of the ethnic lobbies.”

“After World War II, Jewish influence over foreign policy became almost an obsession with American leaders,” writes Buchanan, citing a complaint by President Eisenhower’s secretary of state, John Foster Dulles, of “how almost impossible it is in this country to carry out a foreign policy not approved by the Jews.”

Buchanan buttresses his argument with quotes about Jewish influence from Cold War historian-diplomat George Kennan and President Truman as well as a 1973 quote from J. William Fulbright, then-chairman of the Senate Foreign Relations Committee, that “Israel controls the Senate.”

On the Middle East front, Buchanan calls for an end to U.S. aid to both Israel and Egypt and urges a peace plan in which Israel returns the Golan Heights to Syria and withdraws from Lebanon, the Palestinians get a demilitarized state with a “Vatican enclave-capital in Arab East Jerusalem” and the United States makes a permanent commitment to Israel of “access to U.S. weapons to enable it to maintain a security edge.”

“I would say it borders on historical revisionism, and it certainly is bad history,” Peter Black, senior historian at the U.S. Holocaust Memorial Museum, said of Buchanan’s assertion that Hitler presented no physical threat to the United States after 1940.

Buchanan’s views, he said, show a “flawed understanding” of Hitler’s drive for expansion and racial purity, which represented a threat to the United States, as did Germany’s alliance with Japan and its potential for interfering with free trade on the high seas.

Elizabeth Coleman, civil rights director of the Anti-Defamation League, said his latest comments have an “aura of anti-Semitism.”

“For him in 1999 to be looking back and downplaying the threat of Hitler to the U.S. and the rest of world,” she said, “is an insult to Americans and to Jews.”

“It seems like his comments ignore the course history took,” Coleman added. “I think that becomes not only thoughtless but heartless, given the sacrifices we made and the millions of Jews and others who were victims of Hitler.”

The National Jewish Democratic Council, for its part, seized on Buchanan’s latest remarks as additional proof that Buchanan is a “Jew-obsessed xenophobe.”

“Buchanan’s decades-old obsession with the Jewish people,” said Ira Forman, executive director of the NJDC, “is a time-tested character flaw that should disqualify him from any serious role in the GOP.”

Jewish Republicans were no less critical.

The RJC has been sharply critical of Buchanan’s rhetoric in the past and opposed his presidential candidacy in 1996, calling his views toward Israel and the American Jewish community “very troubling.”

His new book and recent public comments raise even more questions, Brooks said, adding that it contains “a lot more revisionist history, a lot more code words and scapegoating of the Jewish community.”

In light of his recent remarks, Brooks said, the RJC leadership is deciding whether or not to rescind an invitation to Buchanan to participate in an upcoming forum it plans to host for Republican presidential candidates — an issue which could become moot if Buchanan bolts from the GOP.