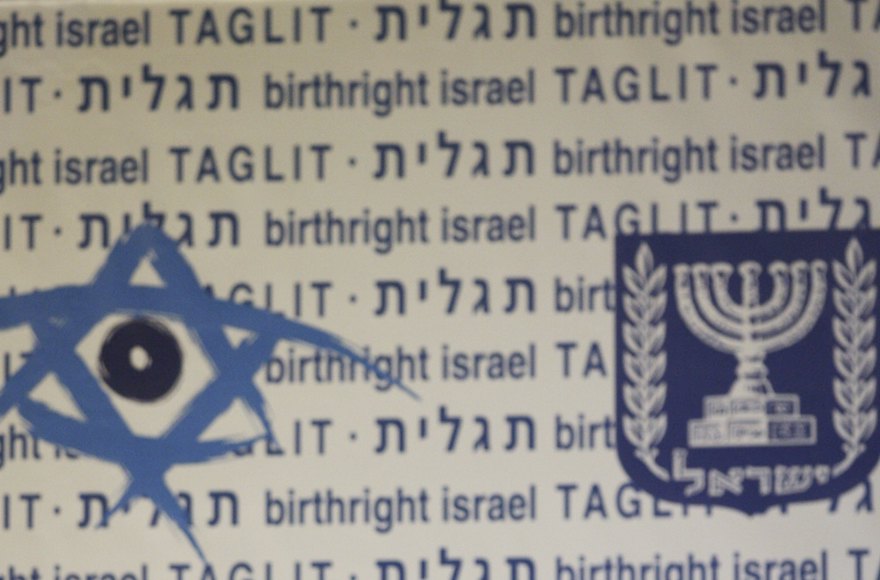 JERUSALEM, ISRAEL - JANUARY 7: Israeli Prime Minister Ehud Olmert makes his speech to the Birthright Project convention January 7, 2007 in Jerusalem Israel. Birthright is a program which provides free educational trips to Israel for Jewish young adults aged 18 to 26 from all over the world. (Photo by Uriel Sinai/Getty Images)
See Original Daily Bulletin From This Date
Advertisement

At a Jewish federation briefing last week about Birthright Israel, the emotional fervor surrounding the transformation of college students from unaffiliated to Jewishly involved almost resembled a religious revival.

The students were clearly not the only ones transformed by Birthright’s launch this winter, in which 6,000 young adults went on free 10-day Israel trips.

The briefing closely followed the announcement that 76 federations, representing 83 percent of the North American Jewish community, have signed letters of support for Birthright and that their new umbrella group, the United Jewish Communities, is en route to becoming a partner in Birthright.

Assuming the UJC’s plan passes at its board of trustees meeting in June, the federation system and its overseas partner, the Jewish Agency for Israel, will collectively contribute $39 million to the initiative, signaling a clear departure from their initially lukewarm attitude toward Birthright.

In addition, 14 donors have pledged a total of $70 million to the project, and on April 12 the Israeli government signed a contract committing it to allocate $70 million to Birthright over the next five years.

These developments mean Birthright’s envisioned three-part funding partnership — among individual philanthropists, federations and the Israeli government – – is almost entirely in place, whereas just a few months ago the project’s financial future was still uncertain.

At last week’s emotional briefing, at the conclusion of a major UJC governance session in Washington, recent Queens College graduate Max Sivin enthusiastically described his Birthright-inspired metamorphosis from someone not interested in Judaism to an outreach worker for Hillel: The Foundation for Jewish Campus Life.

“People came home from this trip and felt things they hadn’t felt before,” he said. “This trip gave them the opportunity to find something they didn’t even know they were looking for.”

The Birthright briefing was an optional session following two intensive days of heated discussions about the future of the UJC. But the crowd was standing- room-only, emotional and overwhelmingly pro-Birthright.

Sivin and another student’s testimonial were greeted with tears and applause. Ben Zinbarg, president of the Jewish Community Endowment Foundation of Stamford, Conn., stood up and thanked Birthright for, he said, spurring a donor to pledge the largest gift the federation has ever received. The gift has not yet been finalized, and federation leaders declined to specify the quantity or identify the donor.

Charles Bronfman, the UJC’s chairman and one of the co-founders of Birthright, said he and his wife had received 1,000 letters from grateful participants, and he unveiled preliminary findings of a study on Birthright alumni.

Among the most surprising discovery, said Bronfman, who initially had thought there should be a small charge for the trip, was that the overwhelming majority of students said their main reason for going on Birthright was because it was free.

The study, conducted by researchers at Brandeis University’s Cohen Center for Modern Jewish Studies, also found that the majority of participants think about the trip “at least once a day” and that two out of three Birthright participants now expect to return to Israel within the next three years.

Birthright was spearheaded with $5 million donations each and lots of visionary talk from Bronfman and hedge-fund-manager-turned-philanthropist Michael Steinhardt about the impact Israel experiences have on Jewish identity.

The program, which will send 2,000 students to Israel this summer, has apparently cemented much of its support since its highly publicized launch this winter. It aims to become a three-part partnership, funded equally by philanthropists, the state of Israel and Jewish federations around the world.

Assuming its board of trustees approves the proposed plan in June, the UJC will commit $15 million matched by $15 million from individual federations and approximately $9 million from the Jewish Agency.

Until recently, many in the federation world were skeptical about Birthright, even though it was touted by the chairman of their umbrella organization. Bronfman insists he has not abused his UJC role to push Birthright forward, noting that he leaves the room during official federation meetings on the topic.

When Birthright was first announced in 1998, federations felt they had not been consulted adequately beforehand. Some feared Birthright would interfere with successful Israel programs they already sponsored, while others expressed concern that it have adequate follow-up programming so, as one federation executive said, “it’s not a one-shot deal.”

But now most of the large federations are signing letters of intent, committing them to contribute to the program.

At last week’s Birthright briefing, Barry Shrage, the executive vice president of Boston’s Combined Jewish Philanthropies, stood up and told the group he had “some initial doubts” about Birthright but now his community is “going to be of the strongest advocates.”

Shrage later told JTA that his community is considering investing $90,000 a year in Birthright. The fact that Hillel is playing a large role in the program — recruiting students, leading trips and staying in touch with participants afterwards — has allayed his initial worries that Birthright would lack follow-up.

Also, he added, “When kids come back and you meet with them, you can’t help but get excited.”