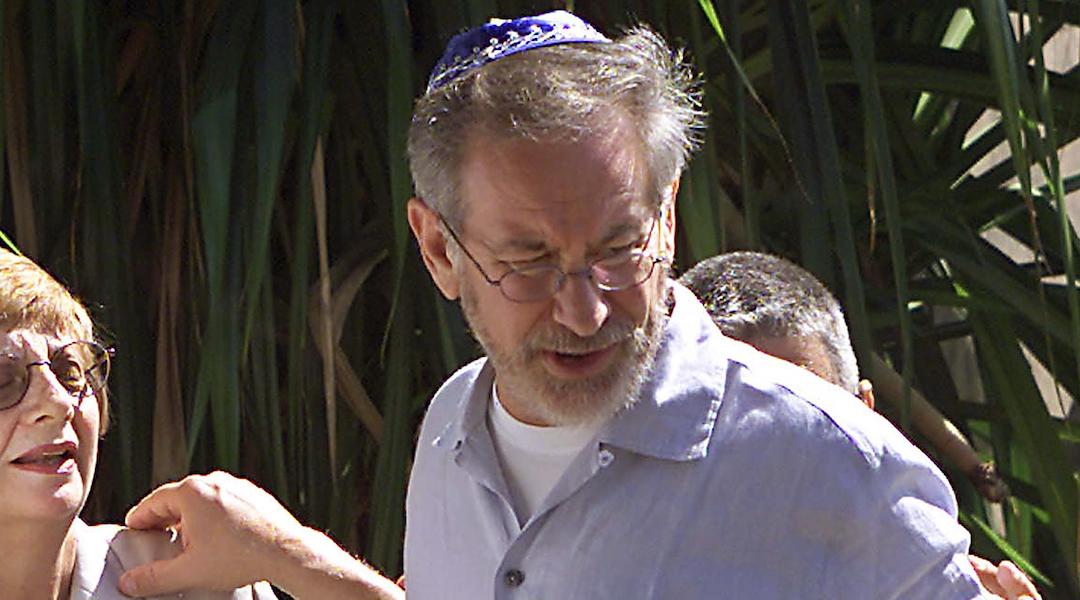 Hollywood’s top Jewish names may be silent on Israeli-Palestinian violence, but a group of young Jewish screenwriters, talent agents and others are speaking up for Israel.

Their job is not easy in a predominantly liberal community whose founders shunned their Jewishness in public, according to Los Angeles Times’ film reporter Rachel Abramowitz.

A leader of the pro-Israel push, dubbed Project Communicate, is Dan Adler, a 39-year old talent agent and son of a Holocaust survivor. Though he seeks to develop a network of defenders and advocates for Israel, he wants to steer clear of ideological divisions.

“We’re trying to be pro-humanity and pro-solution, rather than simply pro-Israel,” Adler said.

Even that modest goal may be difficult to achieve in an industry not otherwise known for its diffidence.

“There’s been a puzzling silence” on Israel, screenwriter Dan Gordon told the Times. “We’re an industry that takes stands on everything. People can’t shut us up! I’d love to see the indignation about homicide bombers that is reserved for smokers. You smoke in this town and you’re dead.”

His sentiment is echoed by publicist Howard Bragman.

“It’s easier to come out as a gay in Hollywood than as a Jew,” Bragman said. “I’m frankly shocked at how many people are in the closet about their Jewishness.”

Yuval Rotem, Israel’s consul general in Los Angeles, has expressed his frustration about the silence of major Hollywood names on Israel. Speaking in April to a Hollywood audience at the Israel Film Festival, he asked, “Where have you been? We need to see you with us when times are hard.”

Indicative of the mood, such Hollywood movers and shakers as Steven Spielberg, David Geffen and Jeffrey Katzenberg of DreamWorks, Harvey Weinstein of Miramax, and actors Jerry Seinfeld and Adam Sandler declined to comment for the Times article. Their spokespeople, however, noted that most had contributed to various Israel crisis funds, while Spielberg has allotted all profits from “Schindler’s List” to domestic Jewish causes.

One explanation for the deafening silence is put forward by screenwriter Andrea King, formerly a film critic for the Jerusalem Post.

“I don’t think Jews in general know what to do, and Hollywood knows even less what to do,” she said. “Jews in Hollywood have never been big flag-waving Jews to begin with. If the Jewish community is struggling, then the Hollywood community is paralyzed.”

In addition, many among Hollywood’s liberal Jews have strong misgivings about Prime Minister Ariel Sharon’s policies in fighting the intifada.

One exception in the top ranks of the industry is Paramount Chairman Sherry Lansing, who said, “I’ve always been pro-Israel. This is the first time in my life that I have feared for the existence of Israel.”

Hollywood has produced numerous films and documentaries on Holocaust themes, but has been notably shy about making movies about Israel. This may perhaps be changing, with both Spielberg and writer David Mamet, who did visit Israel recently, reportedly working on separate films about the birth of the Israeli air force.

The 100 or so activists behind Project Communicate are mostly newcomers to Jewish causes. They raised their seed money at a $10,000-per-plate breakfast meeting last May with former Prime Minister Benjamin Netanyahu. The event attracted a number of card-carrying liberals, notably TV’s legendary Norman Lear, record executive Jeff Ayeroff and director Jon Turteltaub.

The scope and targets of the project have not been made public, though it is hoped that major Jewish celebrities will join in delivering the message.

However energetic and dedicated the activists may be, they face a problem unique to Hollywood.

“Everybody in Hollywood is obsessed with story and used to thinking their way out of a plot,” writer Michael Tolkin told the Times. “There’s no obvious way out of this. I don’t know anyone who can get three paragraphs through a discussion of the Middle East crisis without being struck mute.”