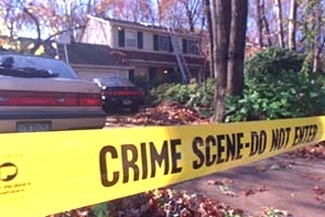 WHIPPANY, N.J., Nov. 12 (JTA) — Open a newspaper or turn on Court TV and the question is inescapable: Can it really be true that a prominent pulpit rabbi hired a hit man to savagely beat his wife to death so that he could freely pursue a passionate affair? That question simmers behind all the other questions as the second murder trial of Rabbi Fred Neulander, founder and former religious leader of the Reform Congregation M’kor Shalom in Cherry Hill, N.J., plays itself out in a New Jersey court. In what has been described by Camden County’s assistant prosecutor, James Lynch, as a classic case of murder for hire, the 61-year-old rabbi stands charged with capital murder, felony murder and conspiracy to commit murder in the slaying of his wife, Carol, on Nov. 1, 1994. His first trial on those charges ended in a hung jury just one year ago. Since Neulander first came under suspicion in the days following his wife’s murder, he has steadfastly maintained his innocence. If he is found guilty, he could be sentenced to death. As his second trial unfolds under the watchful eye of Superior Court Judge Linda Baxter, all kinds of Jewish questions have filled the courtroom air. There were questions about the mourning services for the murdered woman. Why had the rabbi insisted, over his children’s objections, that mourning be observed in the same living room where her blood had been so brutally spilled? There were questions about the rabbi’s mistress, former Philadelphia radio personality Elaine Soncini, over whose conversion to Judaism Neulander had officiated. On the night of the conversion ceremony at Congregation Sons of Israel in Cherry Hill, had it been indecorous of the rabbi to dismiss the members of the Jewish law court and insist on staying alone with Soncini after she had immersed herself, naked, in the mikvah, or ritual bath? And there were questions about the rabbi’s association with the confessed murderer, Leonard Jenoff. Why had Neulander, who had never before officiated at the wedding of a Jew to a non-Jew, agreed to officiate at Jenoff’s wedding to a non-Jewish woman? And why had he done so in the living room of his own home, in the very place where Carol Neulander had been killed? And there was another question: How had Jenoff felt, the prosecutor wanted to know, when the rabbi hugged him and first made him feel welcome at M’kor Shalom? Answered Jenoff on Nov. 1, exactly eight years after he murdered Carol Neulander, “I felt like a Jew.” How do Jews react to such words? As the questions and answers unfold in Freehold, N.J., are they shocking the Jewish observers, leaving some in discomfort, others in denial? Just what is the impact of the Neulander trial on the Jewish community? “This is clearly . . . an out-of-the-ordinary, outrageous kind of case — a case of everything going awry,” observed Rabbi Bennett Miller of Anshe Emeth Memorial Temple, a Reform congregation in New Brunswick, N.J. “I think most people understand that and see it as that, and not as being indicative of anything in the Jewish community at all — and I wouldn’t make more out of it than that. I don’t see this as a reflection on the rabbinate or Jewish life at all.” You can do a job without being that job, observed Kim Fendrick, a licensed clinical social worker with a practice in Haddonfield, N.J. When Neulander “was a rabbi, he was a rabbi, and he did a very, very good job,” said Fendrick, a member of M’kor Shalom. “When he didn’t assume the rabbi’s cloak, he was a very vulnerable person. This is not unusual in the world in general. I suspect that Hitler was very nice to Eva Braun.” But the seeming disconnect between Neulander the rabbi and Neulander the man has left a certain amount of damage in its wake, according to Fendrick. “This really touches our souls, because we trust our religious leaders, and we wonder whether we can trust anybody when something like this happens,” she said. “It certainly touches me as a Jew. “So many people, especially young people, put such faith and trust and honor in this man, and they have been so disappointed,” she said, pointing to those for whom Fred Neulander was a teacher, a role model, a religious leader — the man who shaped their values and officiated at their life-cycle events. Meanwhile, just the fact that Neulander is a rabbi is what evokes such deep gut reactions from people, observed Rabbi Richard Levine of Adath Emanu-El, a Reform congregation in Mount Laurel, N.J. “We have murder trials every day,” said Levine, who was a personal friend of Fred and Carol Neulander. “The fact that this is a rabbi — this is the major thing. He is a man of God. If it was Mr. Neulander, who’d watch? “We think people who are religious leaders should act totally differently,” he said. “You would think so. You would hope so. But unfortunately, rabbis are people.” As the Neulander trial makes its way toward a verdict, the major impact is on family, friends, colleagues, and members of M’kor Shalom, he added. “For most of us who knew the couple, it’s a heartrending thing,” Levine said. “You have to pray it’s not true, but the more things go on, it seems it is true. It’s just unfathomable. You just wish you could open up a hole in the ground and make everything disappear, but unfortunately, it’s not going to.”