What will come of activist’s death? 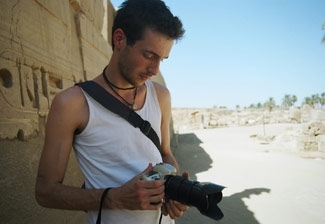 LONDON, Jan. 15 (JTA) — British Jews from across the political spectrum hope that some good may yet come from the death of a British university student shot by an Israeli soldier in the Gaza Strip last year. Tom Hurndall, an activist with the pro-Palestinian International Solidarity Movement, died of pneumonia Tuesday in a London hospital, nine months after a bullet left him with permanent brain damage. He was 22. Witnesses say Hurndall was shot by an Israel Defense Forces sniper while trying to shepherd two Palestinian children out of danger. A sergeant with the IDF’s Bedouin Patrol Battalion was indicted Monday on six counts related to the shooting. He now may face manslaughter charges, the Israeli embassy in London said. The Times of London named the suspect as Sgt. Idier Wahid Taysir, an Israeli Arab who reportedly has said he is being sacrificed in a case that has become an international embarrassment for Israel. “The IDF has screwed me,” the Times quoted Taysir as saying. Hurndall’s family is pressing for Taysir to be tried for murder. But the head of British Friends of Peace Now says the IDF must do more than simply try one man for shooting another. “I would hope that this is something of a watershed case. The IDF must look at the rules involving live fire,” Paul Usiskin said. “This case demands a complete re-examination of those rules.” Usiskin said there was “a clear debate” going on in Israeli military circles following the death or serious injury of at least four foreigners in the Palestinian territories last year. Three — Hurndall and Americans Rachel Corrie and Bryan Avery — were associated with the International Solidarity Movement. Israel suspects that some members of the group have aided Palestinian terrorists. The fourth, British cameraman James Miller, was killed by Israeli gunfire in May. Usiskin, who is an IDF veteran, said the Israeli army “was entitled to call itself the most moral army in the world” only if it backed that claim up with appropriate behavior. Eric Moonman, the president of Britain’s Zionist Federation, said a public trial could help restore the image of the army — and of Israel. He praised “the fact that someone has been arrested and will stand trial — unlike in some other countries. “The trial could be very helpful, both to show that no one is above the law in Israel, and to establish what Tom Hurndall was doing there,” he told JTA. “We need to know the circumstances.” Moonman urged the IDF not to hold the trial behind closed doors. “From the Israeli and the humanitarian point of view, I would hope that the trial would be open. Israel would have nothing to fear from an open trial,” he said. British Jewry had been reluctant to discuss the shooting of Hurndall during the nine months he lay in a coma, Moonman said. “You could put that down to good manners or say it’s politically shrewd,” he said. Hurndall’s death could open up debate. “Everyone, Jews and non-Jews, is very troubled” about the shooting, Moonman said. Hurndall’s father Anthony told JTA that London’s Jews and Israelis had been broadly supportive. “Some members of the Jewish community and Israelis have given quite a lot of support, in terms of condemnation of what happened,” he said. “You do come across a reluctance on the part of others, but the more vocal strand has been very supportive of Tom and the family and very critical of what is happening in the West Bank and Gaza,” he said. “They feel it doesn’t reflect well on Israel.” About 100 people attended a candlelight vigil for Hurndall in front of Prime Minister Tony Blair’s office on Wednesday night. The Israeli embassy said in a statement that it “was deeply sorry to learn of the death of Thomas Hurndall, and would like to send its deepest condolences and sympathy to his family and friends.” Hurndall’s father said his son’s death “could only be a release. But the loss is still very great. Even in a coma, he was still there for us as a person.”