The man behind the fence 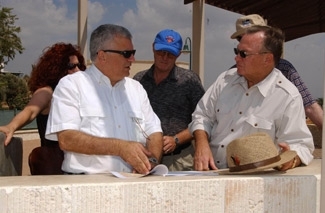