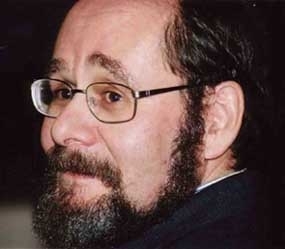 Jan Muhlstein, head of the Union of Progressive Judaism in Germany.

BERLIN, July 5 (JTA) — After years of bitter fighting among Jews, the Reform movement is regaining an official place in the landscape of German Jewry. The Central Council of Jews in Germany has taken its first steps to welcome congregations affiliated with the Union for Progressive Judaism in Germany, Germany’s Reform group, under its umbrella. Council board member Dieter Graumann said last Friday that the 15 Reform congregations now can apply for a share of the approximately $4 million in federal funding that the Central Council distributes to its 84 member congregations, which represent 105,000 Jews. The Jewish population in Germany has tripled in the last 14 years, largely due to the influx of Jewish immigrants from the former Soviet Union. The decision on the Reform congregations was formalized in talks after a June 20 board meeting of the Central Council. The announcement follows years of intense lobbying on the part of the Progressive Union, which enlisted leaders of the American Reform movement and the World Union for Progressive Judaism in their cause. For a time, representatives of the Central Council and the Reform group were officially not on speaking terms, though communication continued behind the scenes. For the Reform group, the issues involve recognition of the historical place of Reform Judaism in Germany and support for the movement’s growing numbers. Germany’s 15 Reform congregations total about 3,000 members. Proponents of Reform Judaism argue that many Russian-speaking immigrants in the country would prefer liberal Judaism, if only the Reform groups had the funds to reach out to them. The Central Council has argued that the Progressive Union threatened to split German Jewry over money. Furthermore, they said the liberal congregations were lax on the definition of who is a Jew. Germany’s Reform movement requires that members have a Jewish mother, or that they convert to Judaism. But the movement opens its doors, without offering membership, to non-Jewish spouses and children. By contrast, the U.S. Reform movement considers as Jews those who have either a Jewish mother or father. Ultimately, the Central Council, which slowly has increased support for non-traditional congregations over the past decade, decided it was better to include the Reform congregations than to fight them. Leaders of German Reform Jewry saw the move as a milestone in the history of the movement, whose roots are in 19th century Germany. “We are finally on the right path,” Jan Muhlstein, head of the Progressive Union in Germany, told JTA. He said he expects his union’s board to drop its threat to sue the German government over its alleged failure to support all expressions of Judaism — as the government pledged to do in its historic contract to help fund the Central Council, signed in January 2003. The Central Council’s move does not mean the Reform groups are now members of the umbrella organization. That status will depend on each congregation’s obtaining legal corporate status. All 11 Reform congregations in the states of Schleswig Holstein and Lower Saxony are expected to be granted that status as soon as possible so that the Central Council can officially embrace them at its November meeting, Muhlstein said. The congregations immediately can apply for funding for projects for immigrants from the former Soviet Union and for youth programming, Graumann said. He also said that it would be up to individual rabbis to decide whether to recognize non-Orthodox conversions. In addition, there are indications that the rabbinical program sponsored by the Central Council at the College of Judaism of the University of Heidelberg will cooperate with the Reform rabbinical program at the Abraham Geiger College in Potsdam, near Berlin. Muhlstein said the Reform leadership in Germany is optimistic but not yet ready to celebrate. He said the developments would be a major topic at the upcoming annual conference of the Progressive Union in Germany, which takes place in mid-July in Berlin. “We remain skeptical,” he said in an interview. “We are not 100 percent sure if all this will work. Only time will tell.”