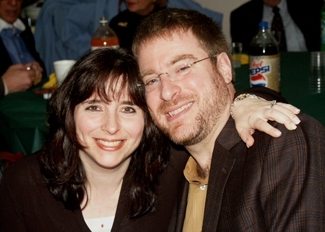 NEW YORK, Dec. 27 (JTA) — In the world of Jewish philanthropy, Joshua Landes, 42, was no lightweight. But it wasn’t until the Manhattan money manager heard of an unusual matching-grant opportunity that he chose to greatly increase his charitable giving. Landes wasn’t alone. Due to a landmark matching-grant program for Jewish educational institutions, Landes and some 85 others chose this year to make their first large donations, ranging from $25,000 to $250,000, or to increase their largest previous gift by at least 500 percent. The program gives a needed boost to Jewish education. Despite the renewed quest for Jewish learning amid a so-called “renaissance” in American Jewish life, drumming up dollars for Jewish education remains a struggle. Unlike most matching-grant programs, this one, created by the Avi Chai Foundation and the Jewish Funders Network, allowed the donor to choose the beneficiary, and provided matching grants of up to $50,000. That allowed Landes to generate $100,000 for his father’s Philadelphia-based Limmud Foundation, which subsidizes Jewish educational opportunities — and match the largest gift ever made to the foundation. Interest far exceeded the expectations of the program, which was announced last spring by Avi Chai, one of the largest Jewish foundations, with assets of $500 million, and the Jewish Funders Network, an association of more than 800 Jewish foundations and funders. Avi Chai originally planned to provide $1 million worth of matching grants over two years. But in its first two-month application period this fall, the program drew $3.4 million worth of eligible donations. Avi Chai matched the amount, generating $6.8 million for Jewish education. Grant winners are being notified this week. Funds will go to synagogues, schools and summer camps in 20 states across North America. More than $2.5 million, or 75 percent of the donations, will go to Jewish day schools. “We tapped a vein,” said Yossi Prager, Avi Chai’s North American executive director. Avi Chai chose to match the unexpected demand rather than risk forfeiting the potential of lifelong Jewish donors, he explained. Now the program is being retooled because of its success. “We don’t see ourselves as being the sole supporter of a program large enough to tap into the depth of the possible interest,” Prager said. “As we look forward, one question will be, ‘Are there additional donors willing to join us?’ ” The program’s success comes after one of the largest donations in history to Jewish education, a $45 million gift this fall by several Boston-area families to local day schools. That news helped inspire at least one of the donors in the Avi Chai program, Andrew Kimmel, a physician in Allentown, Pa. “I had just heard about a $45 million gift to Jewish day schools in the Boston area. I thought to myself, ‘Our community doesn’t need that much money, but imagine what I can do for my community with a large gift and the match.’ ” Many Jewish benefactors continue to put their financial support behind non-Jewish institutions like museums or universities. In that context, the matching-grants program was both an experiment and a model, organizers say. “If we’re really going to create fundamental change in Jewish education in this country, it’s because we’re going to inspire more philanthropists to invest in some of the great ideas that are out there,” said Mark Charendoff, president of the Jewish Funders Network. “The Jewish community has been unsuccessful at identifying and inspiring those philanthropists, and this was a creative approach to using the tool of leverage to capture their attention.” The project is meant to be a catalyst for find serious donors. “This is not a bargain sale at Macy’s where you get two for one,” Prager said. “It’s the start of a process in which we hope many of these funders will become ongoing supporters of Jewish education.” For Landes, the matching grant was the impetus for his gift. “Otherwise, I was going to do half of what I did,” he said. Landes said he was “not committing myself to doing it again.” But since the program prompted him to magnify his giving, he said he would be open to the prospect again.