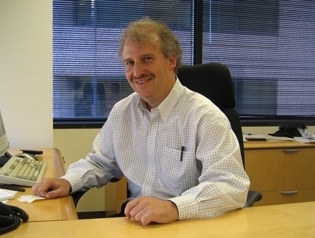 WASHINGTON, Jan. 11 (JTA) — The New Israel Fund, long known for its promotion of democracy and the protection of civil rights in the Jewish state, is gearing up for new challenges posed by upheavals on the diplomatic and economic fronts. Recent NIF funding ranges from programs to help Israel’s growing number of poor to the Supreme Court case that altered the route of Israel’s West Bank security fence.

The group, which long has focused mostly on seeding new projects, now also plays a role in longer-term financing through a five-year, $20 million grant provided by the Ford Foundation.

The NIF board will meet Jan. 23-26 to consider this year’s grant applications. Its own annual budget, separate from the Ford funds, is about $20 million.

Larry Garber, the NIF’s executive director, says the 25-year-old organization is closely monitoring Israel’s plans to withdraw from the Gaza Strip and part of the West Bank this year.

It’s not the kind of event that traditionally has concerned the liberal philanthropy, which has focused more on Israel’s internal development than its diplomacy.

But the momentousness of the withdrawal inevitably will reverberate internally, Garber said, noting the vehemence of resistance to the withdrawal threatened by some far-right groups.

“The macro challenge is disengagement and its impact on Israeli society,” said Garber, who came to the job in mid-2004 from the U.S. Agency for International Development, where he was head of mission in the West Bank and Gaza Strip.

“What we might look at is, does disengagement pose a threat to the democratic process, to dialogue in Israel?” he said in a recent interview at NIF’s Washington headquarters. “There may be some niche opportunities where peace process developments raise issues relevant for the New Israel Fund.”

That’s the thinking that led NIF to help fund last year’s successful appeal to Israel’s Supreme Court against the route of the security fence.

“It was felt it was an absolutely critical issue, in its aspects that dealt with Israel’s democratic nature,” Garber said. “It wasn’t opposition to the security fence, but to its routing as it impacts on the Palestinians.”

The fence appeal drew together several strands of NIF interest in the region, Garber noted: The lead lawyer, Mohammed Dahleh, was a graduate of the NIF’s U.S. Civil Liberties Law Program; the group he represented brought together Jews from Mevasseret Zion and Palestinians from Bet Sorik who would have been separated by the fence, underscoring NIF’s commitment to promoting dialogue. Plans for alternate routes were drawn up by Bimkom, an NIF-funded group of architects that usually works with disadvantaged communities.

Garber cited with pride Justice Aharon Barak’s ruling that when Israel deals with Palestinian civilian populations, its ethos requires Israel to consider its own security with “one hand tied behind its back.”

Barak laid down a red line for Israel’s democratic norms, Garber suggested. “It was like he was writing for the law books,” he said.

Also of note is the restructuring of the Israeli economy through privatization and tax rollbacks, a plan pursued by Labor and Likud governments over the past decade but accelerated in the past two years by Finance Minister Benjamin Netanyahu.

The NIF also is helping to fund the Organization for Promoting a Long School Day, which seeks to aid poor parents who can’t afford the extracurricular activities they must pay for themselves since budget cuts shrank Israel’s school day. Last month, the Negev city of Dimona agreed to extend school hours following an NIF-funded petition to the Supreme Court.

Garber’s style is low-key and differs from the sometimes confrontational approach taken by Norman Rosenberg, his predecessor from 1990 until the end of 2003. NIF’s annual income quintupled under Rosenberg.

Under Rosenberg’s aegis, a series of lectures timed for Israel’s 50th anniversary in 1998, with titles such as “The End of the Zionist Dream? The Rise of Post-Zionism,” raised eyebrows.

NGO Monitor, a group that analyzes non-governmental organizations operating in Israel and that has criticized NIF in the past, says it has noted a shift away from overt political involvement back to NIF’s core commitment to social justice and change.

NGO Monitor is run out of the offices of the Jerusalem Center for Public Affairs, a right-leaning think tank that publishes the daily alert for the Conference of Presidents of Major American Jewish Organizations.

NIF officials say the falling away of organizations that might have offended NGO Monitor’s sensibilities has less to do with any policy decision and more to do with the NIF’s tendency to keep most of its involvements short-lived.

The Ford grant was announced one day before JTA published revelations about Ford’s funding of radical Palestinian groups. That investigation led Ford to impose new guidelines for its grant recipients, prohibiting any grantees from engaging in violence, terrorism or bigotry.

Five of the 18 groups Peace and Social Justice funded in 2004 are on NGO Monitor’s watch list. A sixth, Rabbis for Human Rights, got NGO Monitor’s heksher recently after it condemned Palestinian terrorism.

Among the organizations are Adalah, a legal rights group; I’lam, which promotes awareness of Arab issues in the media; and Physicians for Human Rights-Israel, which brings medical services to Palestinians and foreign workers. All these groups, NGO Monitor says, have been guilty of overheated anti-Israel rhetoric in their descriptions of Israeli actions, and of not contextualizing their complaints in the wider Palestinian-Israeli conflict.

Those organizations “demonize” Israel, Steinberg said, and Ford pledged not to fund such organizations in the wake of revelations that it had funded organizations that spewed anti-Semitic and anti-Israel venom at the 2001 U.N. Conference Against Racism in Durban, South Africa.

“There’s a political agenda being pursued,” he said.

Defenders of NIF and Peace and Social Justice say NGO Monitor picks out statements that cannot provably be traced to the targeted organization, or that are marginal to the organization’s principal work.

Criticism of political policy is often inevitable when it comes to activism, others say; targeting Israel’s existence is quite another.

“NIF has an unusually high scrutiny of its grant decisions,” said Rosenberg, who now works with Parents Action for Children. “No one it works with is antithetical to the state. That’s been its hallmark and it still is.”

Garber said NIF would remain committed to the issues that have defined it for a quarter-century — advancing women’s rights, civil liberties, Bedouin rights, the rights of the poor and of recent immigrants — and moving forward with what he called its “quiet revolution.”