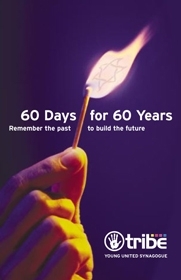 LONDON, Jan. 12 (JTA) — A new British-based project to mark the 60th anniversary of the end of World War II aims to commemorate Holocaust victims through an innovative global Jewish learning initiative. The program, 60 Days For 60 Years, centers on a book of the same title, made up of 60 essays by leading Jewish figures such as Nobel prize-winner Elie Wiesel, Britain’s Orthodox Chief Rabbi Jonathan Sacks and historian Sir Martin Gilbert. Each essay aims to provide inspirational thoughts on concepts crucial to Judaism, addressing issues such as free will, Jewish survival, science and religion, with participants encouraged to study one topic a day in memory of those who perished. Describing 60 Days For 60 Years as “a visionary project,” Sacks said, “It seeks to respond to the tragedy of the Shoah by encouraging us to learn about our heritage and affirm our Jewish identity. It asks us to remember for the sake of life. “Above all, it shows that 60 years after the unspeakable tragedy of the Shoah, the Jewish people lives.” The project, which launches Jan. 25 and runs until March 25, is being led by Tribe, the youth branch of Britain’s United Synagogue, and emphasizes the plight of young Holocaust victims. United Synagogue represents 65 Orthodox shuls in Great Britain. Each paperback is accompanied by a card bearing the name, picture and birthplace of a youngster who died in the Holocaust, with the idea that every participant will learn in memory of that child. Synagogues will adopt a different European town or village to honor, symbolizing Jewish continuity in Europe 60 years after the Nazi destruction. To encourage further investigation, each essay is accompanied by a bibliography and ideas for additional study; some of the authors made their e-mail addresses available so readers can question them directly. “The response from young members of the United Synagogue and organizations around the Jewish world has already been tremendous,” said David Kaplan, Tribe’s managing director, adding that advance orders of the book have already topped 20,000 copies. The project is set to reach areas as diverse as North America, New Zealand and Denmark, with copies distributed to community members via schools, shuls and other groups. Organizers hope the book will be translated into Hebrew, Spanish and Russian. “We will be reaching out to hundreds of thousands of Jews all over the world who speak different languages, have different degrees of religious observance, have different cultural and national identities — but the project will bring them together as Jews,” said Rabbi Andrew Shaw, Tribe’s executive director. Activities complementing the book during the project’s two-month run include a trip to Poland for British Jewish students. To ensure that the program is truly interactive, each day’s essay will be published on a Web site, www.60for60.com. The venture follows a similar undertaking 10 years ago by the Union of Jewish Students of Great Britain and Ireland, inspired by the tale of an Israeli rabbi who had given the names of 30 young Holocaust victims to 30 of his pupils and asked them to learn in memory of those victims. In 1995, to mark the 50th anniversary of the end of World War II, the Union sent more than 5,000 names of 18- to 22-year-olds who died in the Shoah to students across the United Kingdom. It also produced a pocket-sized book containing 50 essays about contemporary Jewish life to prompt people to learn every day for 50 days, and thus honor the memory of an individual victim. The project was such a success that 25,000 books were distributed to Jewish schools and youth groups all over Britain. “It is truly amazing that 10 years after the original project, Tribe has the opportunity to recreate the vibrancy that existed in our communities in Europe before the second world war,” Shaw said. “We aim to make them come alive again.”