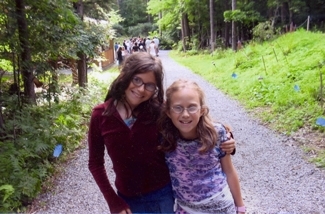 NEW YORK, Feb. 1 (JTA) — A new concept in the fight against world hunger emerged from a conversation between two young Jewish girls. Five years ago at a supermarket in Newton, Mass., Hallel and Aliza Abramowitz were searching for a jar of tomato sauce featuring Paul Newman’s face, because the kosher brand was the kind their family used. Hallel, then 4, asked her sister what made the sauce kosher. Aliza, then 6, answered — innocently but inaccurately — that a kosher company gives its earnings to charity. Hallel’s response combined a child’s innocence and wisdom: Why don’t all companies do the same thing? she asked. That got their father — Yosef Abramowitz, CEO of the online Jewish educational source Jewish Family and Life! — thinking. With seed money from the American Jewish Joint Distribution Committee and the Nathan Cummings Foundation, Abramowitz launched WorldManna.org last year. The organization urges food companies to donate 1 percent of their proceeds to fight world hunger. The idea is that participating companies will put the WorldManna.org logo — three sheaves of wheat — on their packaging and send their charitable donations to WorldManna.org. Companies generally need about six months to make a change in their packaging. WorldManna.org will allocate funds it receives to national and international efforts to end hunger. The group is assembling an advisory board of partners and world experts on hunger to determine guidelines for distributing funds to the U.N. Millenium Project, which aims to halve world hunger by 2015 and extirpate it in the 21st century. Funds also will go to the National Anti-Hunger Organization’s “Blueprint to End Hunger in America,” which aims to cut U.S. hunger in half by 2010 and wipe it out by 2015. Among the proposed U.N. and U.S. initiatives are restocking emergency food pantries in America and teaching African farmers to plant legumes, which fertilize the soil with nitrogen, boosting yield. Allocations still are at least 18 months away, however. In recent weeks, the Church World Service, a relief network of 36 Christian denominations, along with the United Nations Foundation, a fund-raising and grant-making organization, have joined with WorldManna.org. Additional partners are the JDC, Hillel: The Foundation for Jewish Campus Life, and beliefnet, an online religion news service. The group hopes mainstream products will start carrying the WorldManna.org logo by Passover 2006, Abramowitz said. The project will be piloted this year at Passover by Savta’s Pesach Granola. “This is not specifically a Jewish project. It’s a world project coming from the Jews, and to be able to link our food vulnerability in the desert leaving Egypt with the massive food vulnerability of almost 1 billion people very day felt very spiritually appropriate,” Abramowitz said. “There are so many issues in the world that divide us,” said Diane Kolb, WorldManna.org’s executive director. “This is one area where all faith groups can agree and can work together.” Church leaders and Hillel officials are asking people to pledge, on WorldManna.org’s Web site, to buy products from participating companies. Every 2,500 signatures amounts to about $1 million in purchasing power, Abramowitz said. So far, 2,263 people have signed up. The backers have set a goal of 10,000 signatures by Passover or Easter, believing that to be the minimum number for real leverage. Toward that end, WorldManna.org also is trying to spread the word with a viral marketing strategy: E-mails containing an Internet game prompt the player to race through a supermarket and buy products associated with the organization.