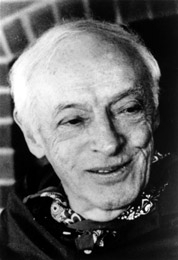 LEVERETT, Mass., April 6 (JTA) — It disturbed me to hear on U.S. public radio and read in The New York Times that Saul Bellow was to be seen as simply an American writer — which, of course, he is — and not significantly a Jewish writer. Maybe they think they’re doing him a favor? I think they’re bleaching out a lot of the substance of Bellow, who died Tuesday at 89. The Times quoted him as saying he had no wish to be part, along with Roth and Malamud, of the “Hart, Schaffner & Marx” of American letters. Well, who would? No good writer wants to be pigeonholed or limited in scope. But he is deeply a Jewish writer — not just a Jew by birth. Jewish culture, Jewish sensibility, a Jewish sense of holiness in the everyday, permeate his work. As a child, Bellow attended Jewish schools and grew up in a Jewish family, where he learned Hebrew thoroughly and spoke Yiddish as a primary language. It’s a Yiddish that never went away. Singer’s “Gimpel the Fool” is read today in Bellow’s great translation. Yiddish phrases and syntax are found in many of the novels. In “Herzog,” the protagonist is snobbish about the Yiddish of his wife’s lover. But more important is a Yiddishkeit sensibility: never a schmaltzy echo of Sholem Aleichem, but a reliance on the Eastern European Jewish heart against which to measure life. I’m thinking, for example, of Schlossberg in “The Victim,” the old Yiddish journalist who makes the beautiful speech that defines the moral vision of the book. It’s a great speech and central to Bellow’s vision. Attacking those whose suspicions of human life turn it into something cheap and empty, Schlossberg says, “I am as sure about greatness and beauty as you are about black and white. If a human life is a great thing to me, it is a great thing. Do you know better? I’m entitled as much as you . . . Have dignity, you understand me? Choose dignity. Nobody knows enough to turn it down.” Bellow has said of the “Jewish feeling” within him that it resists the claims of 20th-century romanticism, the belief that man is finished and that the world will be destroyed. The world in Bellow’s fiction is, on the contrary, sanctified. The sanctification is often ironic, often in struggle against the neurotic patterns of characters and the foolish, vulgar, meretricious quality of contemporary life. Herzog, for instance, resists “the argument that scientific thought has put into disorder all considerations based on value. . . . The peculiar idea entered my (Jewish) mind that we’d see about this!” Of course, Moses Herzog, like so many of Bellow’s Jewish characters, feels ashamed that he can’t live up to his ideal, his Jewish ideal of a mensch. But it is a Jewish ideal — for Herzog and for Bellow. In novel after novel by Bellow there are Jewish characters in a significantly Jewish milieu. “The Victim” concerns a character facing anti-Semitism and his own neurotic defenses as a Jew. “Seize the Day” deals with a son who wants love from his cold, un-Jewish father; the novel ends at a Jewish funeral with the protagonist weeping for the dead stranger and for himself. “Herzog” is centered on the complicated world of a Jewish childhood. Even the late short fictions, especially “A Silver Dish” and “Something to Remember Me By,” are deeply Jewish. “A Silver Dish,” for example, sets a Jewish world view against a Christian one. Bellow has given us a rich Jewish-American world. But he has also given me as a writer a complex style, a way of handling contemporary reality, that he derived from both Jewish and American fiction. You find in Sholem Aleichem, in I.L. Peretz, in Isaac Bashevis Singer, a way of finding the beautiful, the holy, the meaningful in the midst of the comic, the ordinary, the tragic. Bellow is a poet who works with laughable, vulgar materials and works them in the service of a noble vision. Irving Howe quotes these famous lines from the great Yiddish writer Mendele Mocher Seforim: “Israel is the Diogenes of the nations; while his head towers in the heavens and is occupied with deep meditation concerning God and His wonders, he himself lives in a barrel.” But Bellow has added to this mixture the grace and rhythms of the art novel in English, such as those by Henry James and James Joyce, and the speech rhythms of American writers like Mark Twain. He has given us a new kind of sentence, composed of street talk and philosophy, mixing language of the heart and language of moneymen, machers, American sports and con men. This new sentence has been taken up by all American writers, Jewish and non-Jewish. If Israel is a blessing to the nations, Saul Bellow has been a Jewish blessing to all writers. (John J. Clayton, a retired professor of modern literature and fiction writing at the University of Massachusetts at Amherst, is an award-winning and widely published author of novels, short stories and literary criticism. His work “Saul Bellow: In Defense of Man” won awards in literary criticism. His collection “Radiance” was a finalist for the National Jewish Book Award in 1998.)