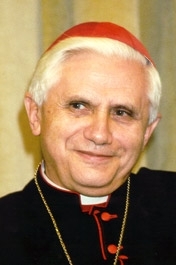 ROME, July 31 (JTA) — A public spat over the Vatican’s attitude to terrorism — and to Israel — is straining relations between Israel and the Holy See just three weeks before Pope Benedict XVI is due to make a historic visit to a synagogue in his native Germany. The dispute erupted a week ago, when Israel protested that the pope had “deliberately failed” to include terrorist attacks in Israel in a July 24 condemnation of recent terrorism in Egypt, Britain, Turkey and Iraq. “We expected that the new pope, who on taking office emphasized the importance he places on relations between the church and the Jewish people, would behave differently,” an Israeli Foreign Ministry statement said. Citing the July 12 suicide attack in Netanya that killed five Israelis, the statement called on the pope to condemn attacks “against Jews in the same way he condemns terror attacks against others.” Escalating salvoes from both sides culminated July 28 with an unusually harsh Vatican statement that accused Israel of breaking international law in its actions against Palestinians and declared that Vatican policy would not be dictated by Jerusalem. “It’s not always possible to immediately follow every attack against Israel with a public statement of condemnation,” the Vatican spokesman Joaquin Navarro Valls said in the statement. This was partly because “attacks against Israel were sometimes followed by immediate Israeli reactions not always compatible with the norms of international law,” he said. “It would, consequently, have been impossible to condemn the former and remain silent on the latter.” He added, “Just as the Israeli government understandably does not allow its pronouncements to be dictated by others, neither can the Holy See accept lessons and directives from any other authority concerning the orientation and contents of its own declarations.” Navarro’s statement came in direct response to assertions made by Israeli Foreign Ministry official Nimrod Barkan to the Jerusalem Post that Israel had quietly protested that Benedict’s predecessor, Pope John Paul II, had also refrained from condemning terror attacks in Israel. Israel was now going public with such concerns, he said, in the hope that Benedict would change this policy. Israeli and Vatican officials cooled their rhetoric over the weekend, but observers said the bitter dispute represented Benedict’s first major diplomatic crisis since he was elected pope in April following the death of his predecessor. “This is a very undiplomatic escalation of mutual accusations — each one more lamentable than the next,” said Rabbi David Rosen, the Jerusalem-based director of interreligious affairs for the American Jewish Committee, who assigned blame to both sides. “There was indeed an original omission in the words of Pope Benedict that should have been corrected,” he said. “However, Israel’s public reaction was so intemperate that it inevitably backfired.” Nevertheless, he added, “Navarro Valls’ latest comment suggesting that there is moral equivalence between terrorism and Israel’s reprisals in self-defense is a moral stain on the integrity of the church. I am sure that Pope Benedict had no knowledge that such a deplorable comment would be made in the name of the Holy See and I trust that he will find the opportunity to correct this serious aberration.” Rosen called the affair a “very regrettable storm in a teacup” and predicted that it would blow over. Observers said the spat seemed all the more unexpected because since he took office in April, Benedict has repeatedly pledged to further Jewish-Catholic relations both in statements and in meetings with international Jewish leaders. Benedict is due to meet with German Jewish leaders and visit the synagogue in Cologne on August 19. It will be the first visit ever by a pope to a synagogue in Germany and the first to a synagogue since John Paul’s landmark visit to Tempio Maggiore, or the Great Synagogue of Rome, in 1986. Abraham Foxman, the national director of the Anti-Defamation League, and Gary Bretton-Granatoor, the group’s interfaith affairs director, wrote to Navarro expressing concern about both the escalating rhetoric and Israel’s omission from the “litany of places beset by terrorism.” They said they were “especially troubled” by his assertion that Israel’s policies broke international law and, like Rosen, said that it did not seem to reflect Benedict’s thinking. “This is a serious charge, and we cannot believe that Pope Benedict XVI would have made such a determination,” they wrote. “Nor can we believe that such a determination would have factored into a decision as to whether or not Israel should be included in a list of countries afflicted by wanton terrorism.” Rome’s chief rabbi, Riccardo Di Segni, decried the “clearly political polemics.” The Holy See, he told the Corriere della Sera newspaper, is a “political institution, and, as such, has precise interests to protect in the chess game of the Middle East.” He added, “I hope that Benedict, who knows theology so well, will quickly try to also understand the ways of politics and the art of diplomacy.”