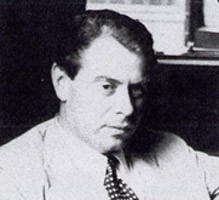 WASHINGTON, Aug. 17 (JTA) —Maurice Rosenblatt, a lobbyist for the rescue of Holocaust refugees and the creation of the State of Israel who played a key role in the downfall of Sen. Joseph McCarthy, died Aug. 11 in Washington at age 90. Time Magazine once called Rosenblatt “the lobbyist with a green thumb for controversy.” After earning a degree in economics from the University of Wisconsin in 1936, Rosenblatt moved to New York City. There he became a union activist, a civil rights organizer and a leader of Friends of Democracy, a grass-roots political action group that combated local fascist and racist organizations. Rosenblatt served in the U.S. Army from 1942 to 1945 and was stationed in the South Pacific. Upon his return to the United States, he joined the American League for a Free Palestine, better known as the Bergson Group after its leader, Peter Bergson, also known as Hillel Kook. Rosenblatt soon relocated to Washington to become the league’s chief lobbyist, a move that would launch his career in lobbying. Rosenblatt met with members of Congress and the Truman administration, gave speeches and organized public events to promote the opening of British Mandatory Palestine to Holocaust survivors and the creation of a Jewish state. The Bergson Group supported the armed revolt against the British that was being waged in Palestine by the Irgun Zvai Leumi, the underground militia led by Menachem Begin. The U.S. State Department tried to curtail the Bergson Group’s work by instigating an FBI investigation of its members, and Rosenblatt became one of the prime targets of the inquiry. Documents about the Bergson Group obtained by the David S. Wyman Institute for Holocaust Studies under the Freedom of Information Act reveal that the FBI planted informants in the group, opened its leaders’ mail and even sifted through their trash, searching for evidence that Rosenblatt and other Bergson activists were communists. One internal FBI report made much of the fact that “Rosenblatt and his Russian-born mother were registered members of the American Labor Party.” Another FBI memo spoke of Rosenblatt’s connection to the left-wing Coordinating Committee for Democratic Action, which the FBI derided as “a Semitic committee” that was trying to “smear” Nazi sympathizers. The FBI reports on Rosenblatt are included in the Maurice Rosenblatt Collection, part of the Wyman institute’s archive of documents about the Bergson Group. After the establishment of Israel in 1948, Rosenblatt worked with Eleanor Roosevelt and others to create the National Committee for an Effective Congress, a liberal political action committee. In 1953, at the height of McCarthy’s anti-communist campaign, Rosenblatt established what he called the Anti-McCarthy Clearing House, which played a key role in exposing false statements by McCarthy and mobilized members of Congress to oppose him. After McCarthy’s downfall, Rosenblatt continued his work on Capitol Hill with his own lobbying firm, National Counsel Associates. His clients included prominent unions such as the United Mine Workers, as well as environmental groups. Rosenblatt recently gave what turned out to be his final interview about his Bergson Group years in a meeting with this reporter and a few others. “We didn’t consider ourselves heroes,” he said. “We were just trying to do the right thing.” Rafael Medoff is the director of the David S. Wyman Institute for Holocaust Studies.