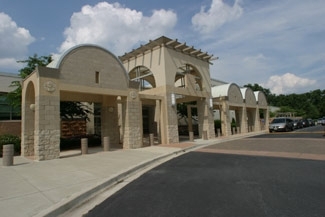 NEW YORK, March 14 (JTA) — News that a matching grant program has pulled in $26 million for Jewish day schools is giving those involved with Jewish education in North America reason for optimism. Organizers announced this week that the Match program would be funneling donor money to Jewish day schools and education projects, and would be supplementing those funds with matching grants of 50 cents on the dollar, bringing the total raised through the initiative to $26 million. “I think there is certainly a renewed interest in day schools as a mechanism for meeting the challenges of ensuring a positive Jewish identity in the next generation,” said Mark Charendoff, president of the Jewish Funders Network, which sponsored the program along with the Partnership for Excellence in Jewish Education and funding from The Avi Chai Foundation and a host of other philanthropists. “I think the question was always, is that interest deep or wide?” “We saw in the past that it was definitely deep,” he continued. “What this initiative points to for the first time is that it’s wide as well.” That, sponsors say, is highlighted by the fact that Match not only exceeded its sponsors’ fund-raising goals, but attracted some 300 donors who had not previously allocated funds to day schools. Word of Match’s success follows on the heels of several large gifts to Jewish education. It also comes on the eve of PEJE’s March 19-21 Assembly for Jewish Day School Education — bringing more than 900 supporters, professionals and leaders from hundreds of day schools to Boston to explore the opportunities and challenges facing day schools today, including how to raise funds as enrollments grow — and ahead of the funders network international conference in Denver. “The day-school movement is growing stronger each year, thanks to new donors who are stepping up to give unprecedented support, and lay and professional leaders who are increasing their skills in fund-raising, marketing and educational excellence,” said PEJE’s executive director, Rabbi Joshua Elkin. Last month, news broke that the Jim Joseph Foundation, recently incorporated as a private foundation following its namesake’s untimely death, would give some $25 million annually to Jewish education. In January, the Charles E. Smith Jewish Day School in Rockville, Md., received a $15 million gift. In late 2004, a group of anonymous families made a $45 million donation to three Boston-area day schools. In 2001, the Sidney Kimmel Foundation announced a $20 million gift to The Raymond and Ruth Perelman Jewish Day School, a Solomon Schechter school in Wynnewood, Pa. that is affiliated with the Conservative movement. “There has been building enthusiasm for the day-school enterprise that initially expressed itself through a dramatic increase in enrollment in the 1990s, which then led to greater funding needs,” said Yossi Prager, Avi Chai’s executive director. “The success of Match suggests that there are resources that can be tapped to meet those needs.” In addition to Avi Chai, the program is funded by Ingeborg and Ira Leon Rennert, The Charles and Lynn Schusterman Family Foundation, The Alan B. Slifka Foundation and Jewish Life Network/Steinhardt Foundation. The money will go to 159 Jewish day schools in North America, along with eight day-school programs. Most of the day schools solicited their own donors, and applications then were filed through the Match sponsors. Nearly 300 applications were accepted for matching funds and schools in 25 states and two Canadian provinces, representing all Jewish denominations. Community schools not representing a particular stream also will get support. Matching funds for individual gifts were capped at $50,000, and schools receiving multiple gifts were not given match funds over a total of $100,000. It’s the third in a series of matching grant programs run through the funders network beginning in 2004. One of the initiatives, also run with Avi Chai, raised $6.8 million for Jewish education generally, rather than day schools alone; the other, run with the French Sacta-Rashi Foundation, raised $2.2 million for Israel. The combined annual operating budgets of North American day schools is somewhere in the vicinity of $2 billion, Prager said. Most of that has to be covered by tuition, in addition to about $65 million provided annually by Jewish federations. The balance has to be raised from private funds, he said. Schools say the Match program has been a fund-raising boon. “There was tremendous enthusiasm in knowing that people were going to have their dollar leveraged by a foundation,” said Simcha Herring, director of development at the SAR Academy, a modern Orthodox day school in Riverdale, N.Y. Program funders originally allocated $5 million to match $10 million in new gifts. But when applications totaled more than $18 million, they increased their own contributions and recruited additional philanthropists to match the $15.5 million that was eligible for matching funds. The largest gift in conjunction with the program was $1 million, followed by another gift of $300,000, the funders network said. “The story is these brand new donors to the scene,” Charendoff said. “It’s not about spending 50 cents to get a dollar. The point was identifying people who could keep giving year after year into the future. So it’s 50 cents hopefully to get $10.” Funding professionals were reluctant to describe the Match program’s success as part of a larger trend. Still, large gifts like those in Boston and Maryland, and the collection of relatively small ones that drove the Match program, are manifestations of a similar belief, Elkin said. “The large gifts were coming from people who were very invested in the day-school enterprise and have been for some time,” Elkin said. The Match funds represent “the beginning of a next generation of new donors that can be brought into the day-school enterprise.” “The common thread between the two groups is the belief that day schools work,” he said.