U.S. gets another Orthodox mayor 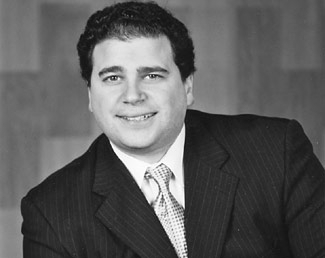 NEW YORK, July 11 (JTA) — As Orthodox Jews build increasingly large communities in suburban America, a new status indicator has developed: the Orthodox Jewish mayor. The wealthy Orthodox neighborhood of Lawrence, N.Y., has one; the fervently Orthodox enclave of Lakewood, N.J., has one; and now the modern Orthodox community in Teaneck, N.J., has one as well. Elie Katz, owner of the local restaurant Chopstix, was elected Teaneck mayor by his fellow township council members last week, after receiving 60 percent of constituents’ votes in his race for the council seat. Katz, 31, who is not only Teaneck’s first Orthodox mayor but also its youngest mayor ever, told JTA that he has “been active in the town for the last 15 years,” and was also the town’s youngest-ever council member when he was first elected nine years ago. Katz is quick to say that he’s not bringing a specifically Orthodox agenda to the mayoralty, and that his two primary agenda items — increasing town revenues while reducing homeowners’ tax burden and making government agencies “more user-friendly” — aren’t particularly tailored to a group that, he notes, represents just “13 percent of the community.” Just a few miles south of Teaneck is Englewood, a city that elected Michael Wildes as its first Orthodox mayor in 2003. Wildes faces his first re-election contest this year. Wildes is believed to be the only Orthodox mayor of a U.S. city since Norman Ciment served as mayor of Miami Beach a few decades ago. Comparing his city to other places with Orthodox mayors, Wildes notes, “Lakewood’s a village, Teaneck’s a township and Englewood’s a city.” Wildes is the only currently serving Orthodox mayor who was elected directly by constituents; in the towns and villages where the others serve, the local council chooses the mayor. While it has become common to have Orthodox elected officials in densely Jewish areas of Brooklyn — New York City Councilman Simcha Felder and New York State Assemblyman Dov Hikind are two examples — or in almost exclusively Orthodox New York towns like Kiryas Joel and New Square, the new crop of mayors is distinct because Orthodox Jews are not a majority of voters in their towns, even if they may have disproportionate political influence. That’s certainly the case in Lakewood, where Meir Lichtenstein was inaugurated as mayor in January. Orthodox Jews make up nearly half of the village’s 70,000 residents, and they often vote as a bloc, with a council of leaders determining whom they should support. Katz and Wildes downplay the role of faith in winning votes. “I think the people that were elected who are Orthodox were elected not because of their religion, but because of their experience,” Katz said of himself and two other Orthodox members elected to Teaneck’s council. “They happen to be Orthodox, but they’re active members of the community.” In some areas with an increasing Orthodox presence, battles over schooling take place as Orthodox Jews who send their children to private schools are seeking to limit education budget increases for a shrinking public school population. In Lawrence, where there are more students in private schools than public schools, the Orthodox community successfully advocated this year to have officials who oppose budget increases elected to the school board. That approach was already tried in Englewood, where it failed. The issue has yet to become a problem in Teaneck. Still, just because these Orthodox mayors aren’t paying special attention to specifically Jewish issues, it doesn’t mean they don’t expect to get treated differently by their Orthodox brethren. After he was elected, Wildes said, “it was impossible for me to go to shul and not have someone sit next to me and ask me about a pothole while I was davening.” Wildes said he sought the advice of the most prominent observant U.S. elected official, Sen. Joseph Lieberman (D-Conn.). Lieberman told him that “our community does take greater liberty with their own,” Wildes said. Wildes hopes to join Lieberman as the second Orthodox Jew elected to Congress, and the first in the U.S. House of Representatives, in 2008. Even if putting Orthodox candidates into the mayor’s office doesn’t bring great changes for the Orthodox community, it does tend to have a slight effect on how government works. Teaneck mayoral inaugurations always take place July 1, and when that fell on Saturday this year, the event, usually held at midday, was pushed back until 10 p.m., after Shabbat. For Wildes, his observance has meant he will “often walk on Shabbos four to five miles to pay my respects to someone who, God forbid, lost a family member.” Sometimes, though, the hikes are for less morbid events, as when he “had to walk a couple months ago to hand a key to the city to Tony Bennett and Billy Joel.”