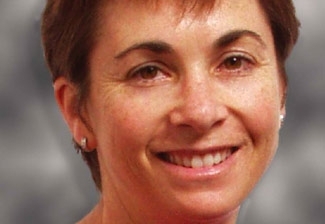 TEL AVIV, Aug. 15 (JTA) — Miri Eisen fixes an eye to the camera and speaks clearly and deliberately — and, most importantly for Israel, convincingly — to the world media. The American-born Israeli government spokeswoman was an important strategic asset in a war against Hezbollah, where victories and defeats depended not just on developments on the battlefield but also on international perception. Though a cease-fire has ended the fighting, at least for now, Eisen will remain in the public eye, becoming Prime Minister Ehud Olmert’s foreign press spokeswoman later this month. “I don’t expect to win the media war, but I don’t intend to lose. We have managed to hold our own with our messages,” Eisen recently told a group of visiting American Jews in her native English. During the war, Eisen tried to stay on point with the government message that Israel wants peace and that Hezbollah, backed by Iran and Syria, has been the aggressor in this conflict. But her mission was a difficult one, especially when competing with disturbing images of Lebanese civilians suffering from Israeli airstrikes. Eisen speaks openly about the link between Israel’s coverage in the world media and how world Jewry is affected. The former army intelligence officer with an easy smile was busy as the face of Israel’s foreign media outreach, giving more than 80 interviews to international media networks and newspapers during the war. Eran Lerman, executive director of the American Jewish Committee’s Israel/Middle East office in Jerusalem, has known Eisen for about 20 years. They first met while working as officers in Israeli intelligence units. Lerman listed Eisen’s assets, including “her broad outlook, her command of language and profound understanding of how Americans in particular and generally people beyond Israel’s borders set their priorities.” “She is a woman who is a mother who cares about suffering on both sides,” Lerman said. “She really is who she is, and at the same time she understands military issues, and that resets people’s expectations. One of our main struggles is to overcome people’s preconceived notions of who we are and what we stand for.” Eisen first came into prominent public view during the intifada in the spring of 2002, when she rebutted international criticism of Israel’s incursions into the West Bank under Operation Defensive Shield, most notably in Jenin, where Palestinians claimed Israel had carried out a massacre. In interviews that spring, Eisen proved her ability to answer charged questions. She continued to prove her abilities during the Lebanon war, pressing Israel’s message in her focused, precise way. “Hezbollah is a terrorist organization. They’re trying to hold both the Lebanese government, the Lebanese people, and certainly all of northern Israel as hostages for their demands,” Eisen said last month in an interview with Larry King on CNN. While Hezbollah calls for the destruction of Israel, she continued, “What Israel wants is peace. We want peace on our northern border. We want peace with the Palestinians and we haven’t heard any such words from Hezbollah.” Eisen made aliyah with her family from Marin County, Calif., at age 9. The family settled in Tel Aviv, where Eisen still lives with her husband and three young children. She’s working on her doctorate at Haifa University, writing about political narratives in the struggle for public perception in post-modern wars, focusing on the Palestinian political narrative in the Western media. But it seems that Eisen may have to put her academic studies on hold for a bit as she prepares for her new job in the Prime Minister’s Office.